Mirrorball winner ‘terrified’ as she takes on new challenge 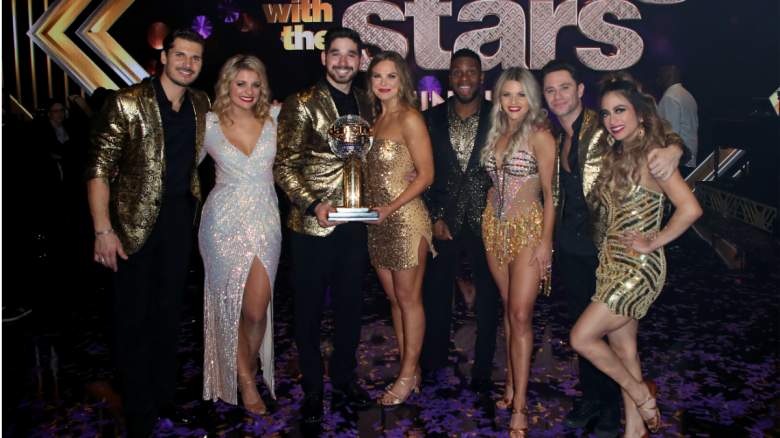 A Dancing With the Stars champion took on a very different kind of competition when she agreed to compete on new show Special Forces, and she’s open about her experience and what she’s learned .

Hannah Brown, who took home the Mirrorball Trophy on DWTS Season 28, competed alongside several other reality TV stars, athletes and celebrities in a game that challenges its players both mentally and physically.

The competition was unlike anything Brown had ever done before, but she has no regrets. In an interview with E! News, the former ‘Bachelorette’ star opened up about how tough it really has been for her – and her co-stars – on the new Fox series.

Brown has competed in beauty pageants, tried to find love on both “The Bachelor” and “The Bachelorette,” and put her body through intense workouts for “Dancing With the Stars,” but nothing quite compares to what she did on “Special Forces.”

“The living conditions were the hardest. All we got was a box with three pairs of underwear and two bras. We had two pieces of clothing at all times, a bar of soap and a toothbrush. We were on the smallest cots in a tent out in the Jordanian desert and we went to the bathroom in buckets with a piece of plywood between us so our heads were out the whole time,” she told E! News.

“This is not a beauty pageant at all. I’m honestly scared to see how I look all the time. It really feels like you’re fighting for your life all the time. You just feel uncomfortable all the time,” she continued.

Nonetheless, Brown challenged himself and did well in the opening days of the competition, which airs Wednesdays on Fox.

“It wasn’t a competition against other people. It’s a competition within yourself. I’ve been through such a crazy time in my life and I was really trying to heal and grow and I felt like this show would be a really good way to help me with all the work, that I have done to challenge,” she explained.

In an interview with Hollywood Life, Brown said the show really pushes contestants to dig deep and “figure out who [they] really are.”

As fans watch Brown challenge himself in “Special Forces,” many people are showing their support on social media.

“Yes, bless our hearts. We were so naive! But everyone will soon know how tough you are,” commented co-star Dr. Drew Pinsky Brown’s recent Instagram post.

“Love you @hannahbrown can’t wait for the world to see how strong you are,” added NBA star Dwight Howard – who also stars on the show.

“I give you a lot of credit for making this show!!! This is no joke,” wrote a supportive fan.

“I’m a US Army retired and I can already tell Hannah is going to be a BADASS,” read another.

CONTINUE READING: DWTS Pro reveals they would love to host