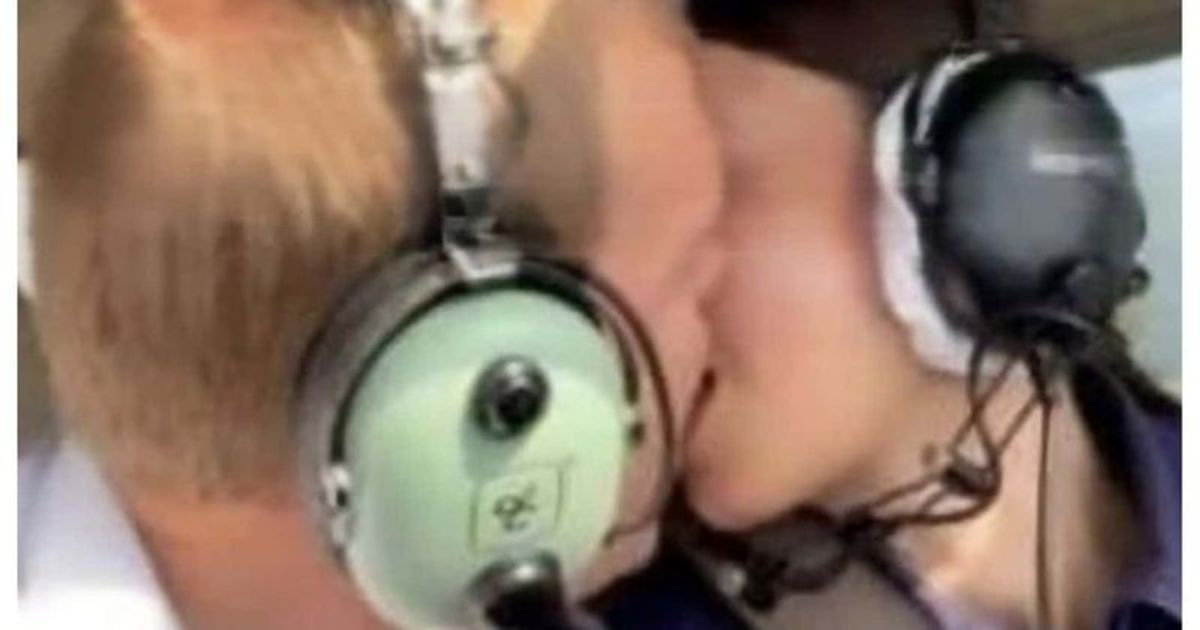 The video cost her her career, but people on the internet enjoy tweeting about it

A Russian pilot and a Russian cadet have reportedly been fired after a video surfaced of them having sex in the cockpit of an airplane. The 28-year-old flight instructor took off in a Cessna 172 with the unidentified 21-year-old student, according to local news site Gazeta. The pilot allegedly encouraged the trainee to engage in sexual activity after offering her extra flight time at the Sasovo Flight School of Civil Aviation, located about 250 miles southeast of Moscow.

The woman reportedly initially declined because the instructor was married, but then complied after he promised free tuition. According to the woman, they only kissed and cuddled while on autopilot, and the “event” only happened once. Local media reported that the woman had a disagreement with one of her fellow cadets, who subsequently posted the video online in revenge. After other staff recognized them in the video, the Sasovo Flight School gave them the boot.

‘Movie about a white guy who stole music from blacks’: Trolls cite ‘irony’ of Eminem track in ‘Elvis’

While the video cost both pros their careers, people online are enjoying their time tweeting about it. One user wrote: “It’s not their fault it’s a natural thing gosh.” Another said: “Wow there’s love in the air 😂” One tweeted: “They’ve been eyeing each other since practice. The test run gave them a chance to test the waters or what could be.” One user wrote, “This wouldn’t have happened if she had just TRIGGERED him 🚶🏾” Another said, “May some fantasies not get us in trouble, o, this pilot should have just left it in his head, but no, he wanted to achieve it☺️”

Another user said: “Since I was born I never see sex on the air. Who gets the video?” while another said, “I’ve always had this in mind and it’s one of the reasons I want to learn how to fly a plane.” Someone quipped, “They preferred the sex to the money/job . So for those of you who ask; Money or love, here is your answer.” One said: “I love Russians. They always play with death,” while another wrote, “Russians…my favorite people😂😂😂😂🤣🤣”