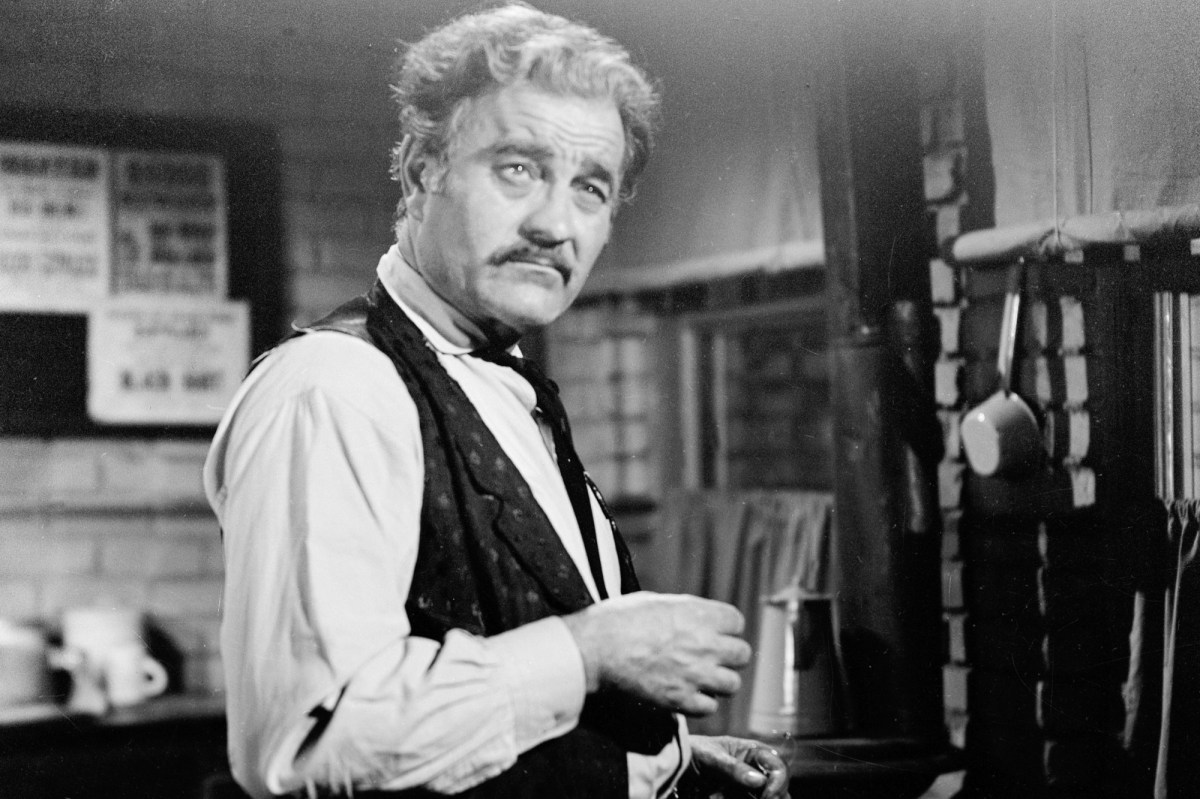 gun smoke Actor Milburn Stone made an impact for so long when he played Doc Adams. The end of the series ultimately marked the end of his career. As a result, Stone has had to find new ways to fill his time, but he hasn’t had an easy time dealing with retirement. He once revealed how he spent his days in Dodge City after completing his story.

Stone signed up gun smoke as a member of the main cast beginning with the first season in 1955. James Arness, Amanda Blake and Dennis Weaver were the other members of the original group. Stone initially hated Arness because he didn’t seem to take anything very seriously. However, they developed a deep respect and appreciation for one another. Much like Doc himself, Stone warmed to the cast, which allowed the characters’ chemistry to blossom.

gun smoke Lasted a staggering 20 seasons, eventually ending in 1975. However, CBS gave the creators no advance notice. The cast were shocked to discover the news, bringing the story to an abrupt end after establishing such a presence on television screens across the country.

After gun smokeThe cast had to figure out what to do with their careers, though Emmy Award Winning Stone took it as a sign. He retired from the entertainment industry and retired. However, the actor didn’t take the change in his lifestyle too well. According to the book by David R. Greenland The Gunsmoke Chronicles: A New Story of TV’s Greatest WesternHe called his retirement “restless and boring”.

“I haven’t worked since we wrapped filming on the show in 1974, other than to attend a Dean Martin roast for Dennis two years ago,” Stone said. “Since then, I’ve only been going for walks and fishing on the Colorado River…I quit golf because it was driving me insane. I couldn’t hit anyone!”

CBS invited Stone to the network’s 50th anniversary, but he initially regretted seeing who wasn’t invited.

“I felt bad that Ken Curtis wasn’t there,” Stone recalled. “Amanda Blake was invited, but she couldn’t come. But Jim and Dennis and I spent all day talking about the good times we had together.”

gun smoke allowed Stone to leave quite a legacy. He is the only actor other than Arness to remain on the show for all 20 seasons. Weaver left after nine seasons, while Blake’s time on the show ended after season 19. Stone transformed his character from a grumpy Doc into a lovable one, allowing him to bounce off the other characters effortlessly time and time again.

Stone had a great relationship with each member of the original cast, but also developed strong bonds with later additions. Ken Curtis and Burt Reynolds are both examples of how he quickly became friends with his fellow co-stars and also acted as something of a mentor.

CBS made five TV movies beginning in 1987, but Stone died as early as 1980. Meanwhile, Arness returned for all five through 1994, while Blake only returned for the first part.