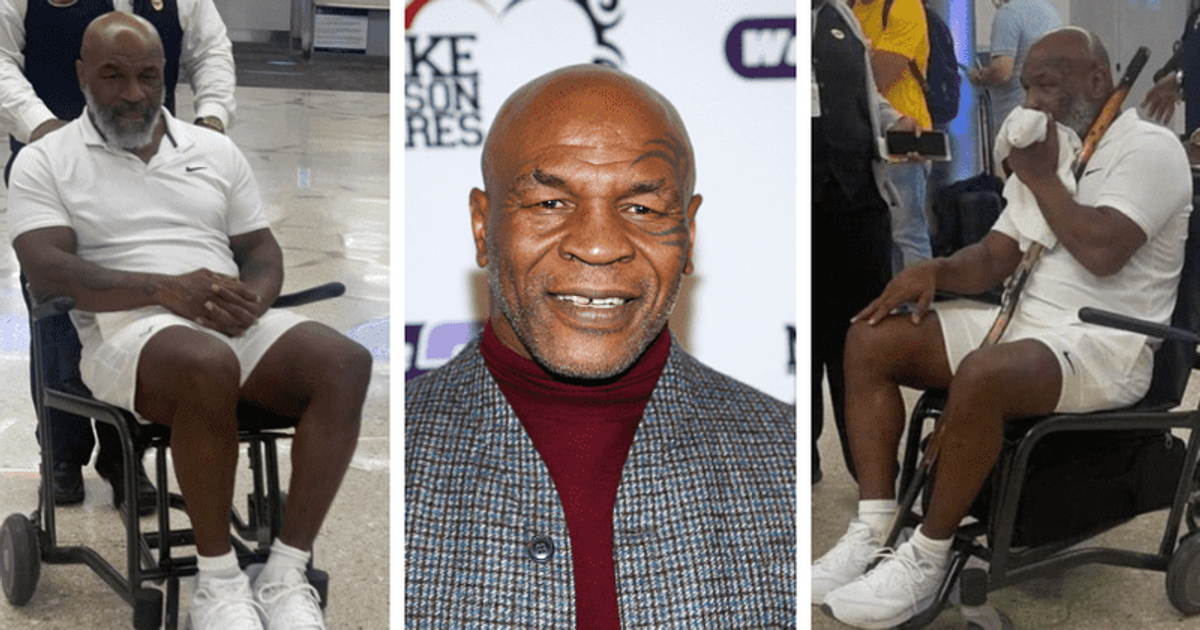 A month after being photographed in a wheelchair at Miami International Airport, Mike Tyson has clarified it was because of his nerve-damaging condition, sciatica. Speaking to Newsmax TV’s Greta Van Susteren, the boxing legend admitted the pain is so widespread that he often “is unable to speak”.

The former heavyweight champion had expressed concerns from fans after he was spotted in a wheelchair with a walking stick in his hands. Fans have been concerned about his health issues and the boxer’s statement has confirmed what most people suspected – a flare-up of his sciatica.

During the interview, Tyson clarified the story behind him using a wheelchair. He said, “Oh, I have sciatica. Every now and then it flares up. When it flares up, I can’t even speak.” The interviewer went on to ask if this was the only health issue he was dealing with. To which he replied: “Thank God it’s the only health issue I have. I’m doing great now.” Tyson also spoke about his family, adding, “Everyone in my house is really blessed and we’re all very grateful for everything we have.”

Concerns for the boxing legend’s health and his battle with sciatica mounted after Tyson previously claimed he could die “very soon” during his “Hotboxin” podcast. He said: “Of course we will all die one day. Then when I look in the mirror I see these little spots on my face. I say, ‘Wow. That means my expiration date is very close.'”

According to Healthline, sciatica involves a feeling that can manifest as moderate to severe pain in a person’s back, buttocks, and legs. The pain occurs when the sciatic nerve, the longest nerve in our body, is irritated. Symptoms can range from numbness, burning, or weakness in the legs or feet along the sciatic nerve pathway. It can also present as a stinging, “pins and needles” sensation that causes a painful tingling sensation.

“Iron Mike” appears to suffer from sciatica complications related to his back, leading to mobility issues that make it difficult for him to walk at times, resulting in him needing assistance, either in the form of a wheelchair or a cane. The 56-year-old retired from professional boxing in 2005.