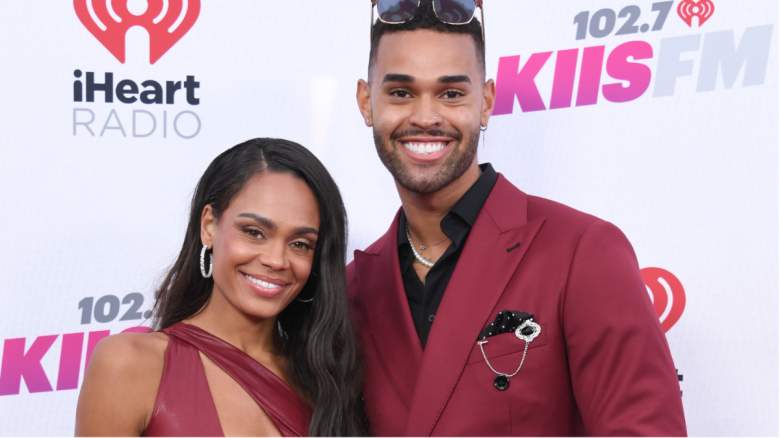 Just weeks after Michelle Young took a stand against split rumors, she and fiancé Nayte Olukoya have confirmed they’ve called off their engagement.

Michelle and Nayte got engaged in the finale of Michelle’s season of The Bachelorette. The two seemed madly in love and ready to spend their lives together, but things have changed drastically in the six months since the episode “After the Final Rose” aired live on ABC.

“To those who have supported Nayte and I, including Bachelor Nation, I know I speak for both of us when I say that having a relationship in the public eye has not been easy,” Michelle wrote in a statement, which was posted to her Instagram Stories on Friday, June 17, 2022.

“I’m struggling to say that Nayte and I will be going our separate ways, but I stand by him knowing the heaviness that is present in both of our hearts as this relationship was very real for us,” the statement continued .

Michelle’s Instagram statement continued with a message for Nayte.

“For you, Nayte, you quickly became my best friend and the love I have for you is incredibly strong. I will never stop wanting to see you succeed,” she wrote.

“I will always recognize and cherish the adventures, support and growth that Nayte and I and this experience have brought me. At the same time, I am deeply hurt and will need time and space to process this heartbreak,” she continued.

Michelle’s statement comes just a few weeks after rumors about the couple’s split began to circulate. Michelle was spotted without her engagement ring, sending the internet into an uproar. Lute! News, the former “Bachelorette” decided to respond to said rumors.

“This weekend a video of me on a rooftop not wearing my engagement ring has been circulating. And what I have to say is for the person who is paying close enough attention to capture this moment, you also had to be paying close enough attention to see one of my friends briefly remove my engagement ring to try it on and then put it back in place on my finger,” Michelle said in a video message posted to her Instagram stories.

“Just a friendly reminder that Nayte and I are human — not a zoo exhibit,” she added.

Shortly after, Michelle and Nayte reunited for her birthday, and on June 4, 2022, they performed together on the red carpet at iHeartRadio’s Wango Tango.

Around the same time that Michelle shared her breakup announcement, Nayte shared a similar post on his Instagram Stories.

“As we both started this journey, we were looking for our soul mates. Ours forever. Our best friends. However, as we grow and learn, we also realize that sometimes someone you hold dear is not someone you should spend the rest of your life with,” Nayte’s statement began.

“Michelle and I will advance separately. Hearts are heavy, emotions are running high, and we’re dealing with it the best we can. Of course, Michelle and I are private individuals, and when it comes to this split, we will continue to be. However if all I want to share with you is that this was real. We really fell in love and we really became each other’s best friends. Michelle and I will always appreciate each other, but going forward we’ll be cheering from afar,” he continued.

Nayte went on to say that he and Michelle appreciate Bachelor Nation’s support. He asked for privacy during this difficult time so the two could “fix” each other [their] hearts.”