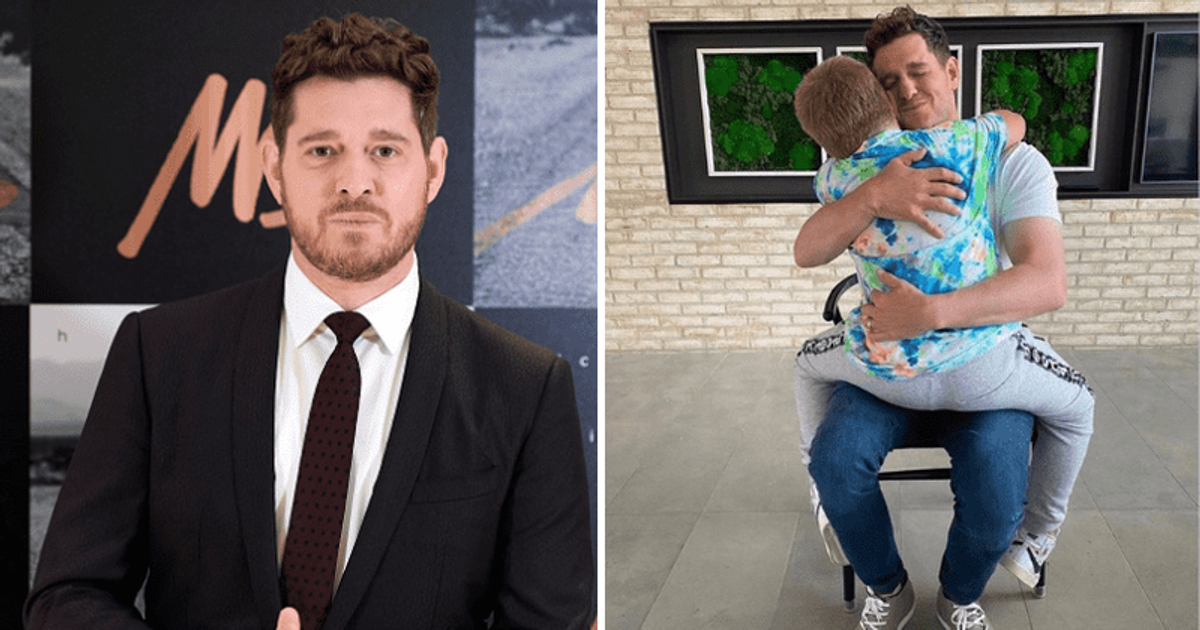 VANCOUVER, CANADA: Michael Bublé has admitted his son’s ‘unthinkable’ battle with hepatoblastoma, a rare form of liver cancer, caused him to lose his ‘alter ego’. The 47-year-old musician said before he “changed” in 2016 at the age of nine due to Noah’s illness, his role as an entertainer was that of a “superhero”.

Following his diagnosis, Noah underwent chemotherapy and radiation therapy and is currently in remission. Michael told Red Magazine of the ordeal: “It obviously changed me a lot — it changed what was important to me, it changed the way I look at life.”

Michael Buble writes Cielo’s fourth child’s name on his arm and jokes he has room for “at least six more children.”

Bublé also claimed that his marriage to his wife Luisana Lopilato, 35, is healthy because they “understand each other’s fulfillment.” On maintaining a successful relationship, he added, “More than anything, my wife and I understand that fulfilling one another is important…I’m not saying we’re perfect — nobody is — but we both have that understanding. I’m not going to be on tour for certain months next year because she’s doing a movie and I’m going to be daddy on the set and then she’s going to do the same for me Goal.”

In a recent interview, Michael detailed how his life was turned upside down when he learned his son Noah had cancer. The Canadian singer revealed to The Mirror on January 22 that Noah’s diagnosis with hepatoblastoma, a type of liver cancer, in 2016 at the age of three left him feeling “so unstable and vulnerable”.

He said: “I’ve obviously been through a lot. When I made the last record [in 2018], my son was in remission right now and I wasn’t ready to come back,” he explained. “I didn’t know that at the time, but mentally I was so unstable and vulnerable. I made a safe record with producers I liked and I was just trying to protect myself and hold on to my career. But now I feel really good and I really wanted to go – as if this huge burden had been lifted from me. My son was healthy, my children and wife were fine, life is good. Why wouldn’t I just want to explode and make an amazing record?” he said. Michael and Luisana are also parents to Elias, 7, Vida, 4, and Cielo, 5 months.