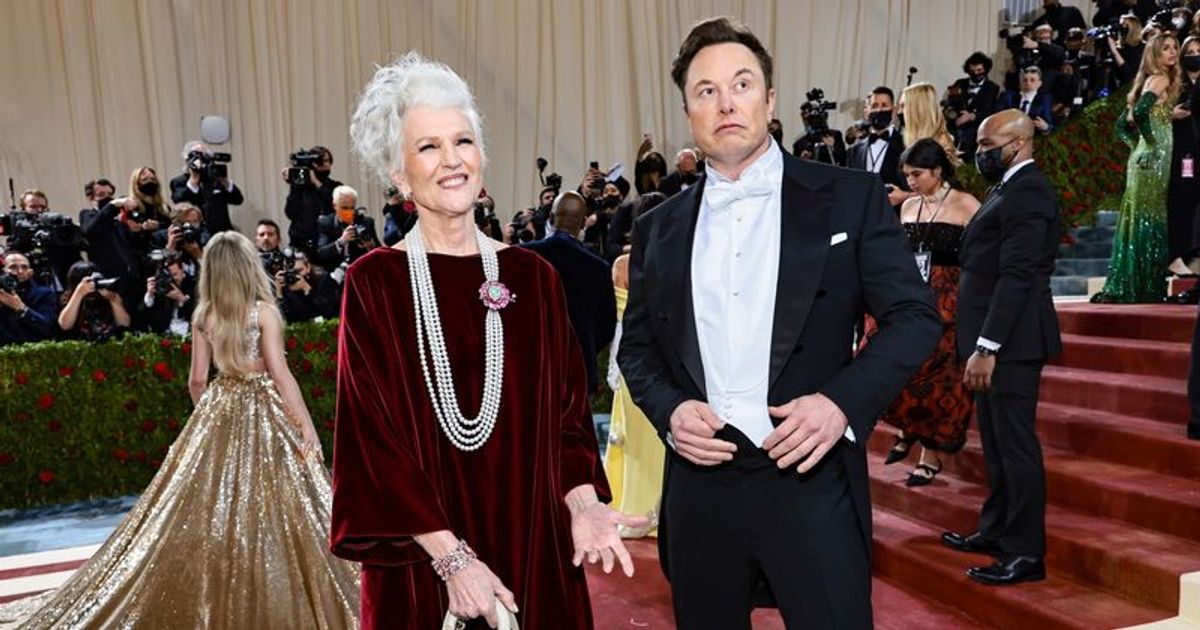 Maye Musk stole the spotlight from among all the famous Hollywood celebrities who are turning heads with their outfits at the 2022 Met Gala. She graced fashion’s biggest event with her billionaire businessman son Elon Musk for the Gilded Glamor event. The richest man in the world was accompanied to the ceremony by his mother Maye, a 74-year-old Canadian-South African model.

On the red carpet, the billionaire wore a modest tuxedo with a white tie, in keeping with the event’s theme. Maye, on the other hand, opted for a burgundy Dior dress and accessorised it with an eye-catching multi-strand pearl necklace, strappy heels and a sharp-ended Dior purse. Musk’s appearance with his mother at the top fashion event drew mixed reactions from viewers, with some appreciating the mother-son outing and others questioning the SpaceX founder’s attendance.

Elon Musk Takes Control of Twitter for $44B, Internet Says ‘He Could Have Been Less Annoying’

However, not everyone was impressed, as one person pointed out: “How did Elon Musk end up at the Met Gala?” “To tell that the world’s billionaires can’t find happiness with families or wives, but with moms or girlfriends,” added another. Meanwhile, Maye’s last visit to the Met Gala was in 2016, when she made a fashion statement at the Manus x Machina: Fashion in an Age of Technology party. Yuna Yang designed a blue jumpsuit with a long cape for her.

When asked why he brought his mother to the event, the Tesla CEO simply replied, “My mother wanted to come, so I brought her.” Previously, Elon made an appearance at the Met Gala event when he used the glamorous event in 2018 to make his relationship with singer Grimes official. The latest sighting of SpaceX CEO Elon Musk comes after his controversial deal to buy Twitter for $44 billion. Twitter had announced that it had “entered into a definitive agreement to be acquired by a company wholly owned by Elon Musk.”

According to the Daily Mail, Musk also stopped during the Met Gala to chat with Vogue’s livestream host La La Anthony, where he was asked about his future goals for the famous microblogging platform, to which Musk replied: “[It] would be to make Twitter as inclusive as possible and have as broad a spectrum of the country and the rest of the world on Twitter as possible and that they find it interesting, entertaining and funny and that it makes their lives better.”