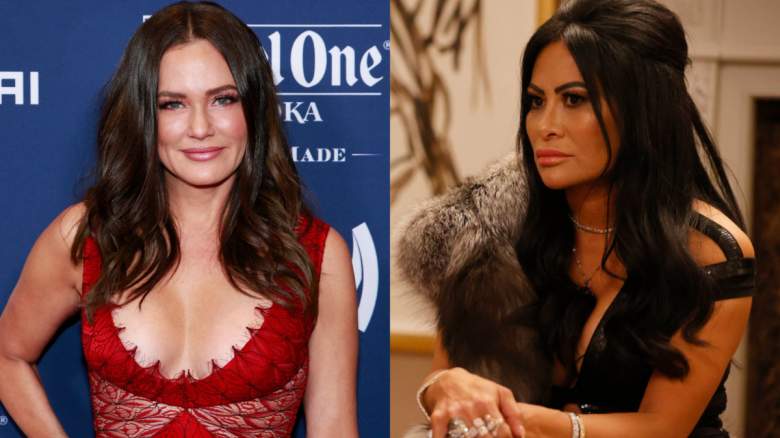 Meredith Marks is being dragged onto Reddit after posting on her Instagram Stories about someone being innocent until proven guilty the night before Jen Shah pleaded guilty to “conspiracy to wire fraud.”

The ‘Real Housewives of Salt Lake City’ star has been supporting Shah for the past few weeks and was even spotted with her in New York City ahead of her trial, according to Page Six.

“For those of you who may not know, I live in the United States of America. In the US you have the right to a trial and are presumed innocent until proven guilty,” Marks wrote on her Instagram Stories, adding a pink heart and the peace sign emoji.

Less than 24 hours later, Shah made a surprise appearance in court, where she entered a guilty plea days before her scheduled trial began. The reality star has been behind bars for up to 30 years, but her plea says she will serve about half of that, according to Forbes.

Shortly after the news broke, fans took to social media to react to Shah’s guilty plea – and many brought up Marks’ Instagram post from the day before.

At the time of writing, Marks has yet to comment on Shah’s decision to plead guilty. However, based on the post she uploaded to her Instagram Stories on July 10, 2022, it seems obvious that she was just as surprised by Shah’s request as the rest of the world is watching.

“Dear Meredith Marks, way to throw all your support behind this human garbage bag. You were already a terrible housewife and now you just look like a terrible person,” added another.

“I see Meredith has already deleted her story,” added a third Redditor.

“I was definitely a Meredith fan and thought she was pretty smart in general and how she approached the show and the women. But this ‘innocent until proven guilty’ bull***, especially from someone with a law degree, killed all positive feelings towards her. She got scammed by a scammer and doubled up,” read a fourth comment.

The judge presiding over the case accepted Shah’s change of plea and a hearing for her sentencing has been set for November 2022, according to Page Six.

When the judge asked her specifically what she was guilty of, Shah replied, “Wire fraud, offering services of little or no value. We used interstate phones and email. I knew that many of the buyers were over 55 years old. I am so sorry.” according to Matthew Russell Lee of Inner City Press.

“Quite literally her best move. She was going to go down hard,” one Redditor commented on a thread following the news.

“I couldn’t believe she was going for a full jury trial with what she was facing. Pleading guilty was her best bet. The sentencing will be interesting,” wrote another.

“What a waste of money she made fighting this shit to the end. Frankly disrespectful to her mother (who gave her her pension money) and her husband and children who need this money to support themselves. Coach is probably ride or die for her, but if my spouse selfishly wasted money like that, it would definitely break our relationship,” read a third comment.