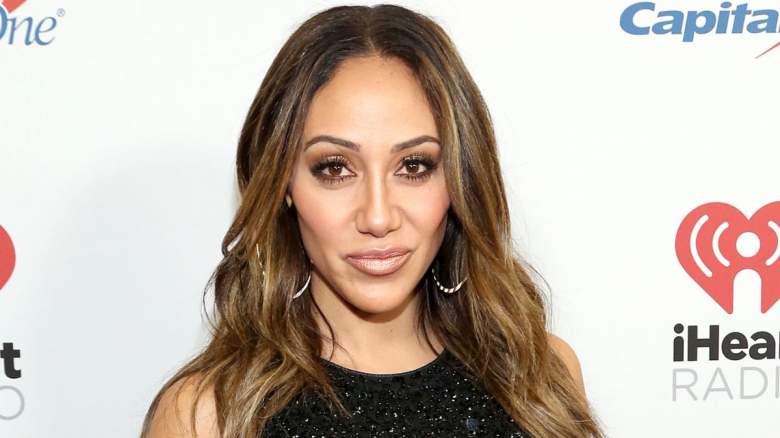 Earlier this month, Melissa Gorga and her family moved into their new custom-built home, and the Real Housewives of New Jersey star has since shared little updates and glimpses of her new home.

On Nov. 23, Gorga shared a video showing off her foyer and design choices, writing in the caption, “It’s all about understated elegance this time.”

As the video panned across the marble floor and three black chandeliers, Gorga wrote, “The ceiling design is so simple yet so important. @avenuelighting with those glamorous chandeliers @fuda_tile_king with the most gorgeous high gloss marble floors @elementflooringus with the wooden floor Thank you @houseofstyle_design for your help on this journey.”

“Beautiful home, not a fan of the chandeliers,” was just one of many similar comments. Someone else described them as “creepy,” while one person said it looks like three hanging bags of trash. One person wrote, “There’s Babadook in the Valentino rock cleats.” A handful of other commenters compared the look of the chandeliers to the dementors from the Harry Potter series. “She’d better get her Patronus ready, Dementors are coming,” someone wrote.

Criticism of the chandelier wasn’t the first time the Gorgas’ home had been mocked by RHONJ fans, as many comments were poured in about the New Jersey exterior of the home, including its windows. After photos circulated on Reddit, people pointed out that the exterior design was pretty odd.

There were many people who wrote that the windows felt way too small for the big house, while others pointed out the off-center placement of the doors. Others accused the new home of having “no lockdown effect”.

The design of the house was inspired by Melissa Gorga, Joe Gorga revealed to BravoTV. He said his wife wanted a home that was “white, new, modern” and said they designed it with an architect to suit Melissa Gorga’s needs.

The Gorgas’ new home was a long time coming when they purchased the Franklin Lakes property in April 2021. The couple received demolition permits a few months later to demolish the home that was already on the 1.47-acre lot and then get to work designing and building their dream home. The couple shared several updates during the construction process that show off the 3,800-square-foot home, which includes seven bedrooms and seven bathrooms.