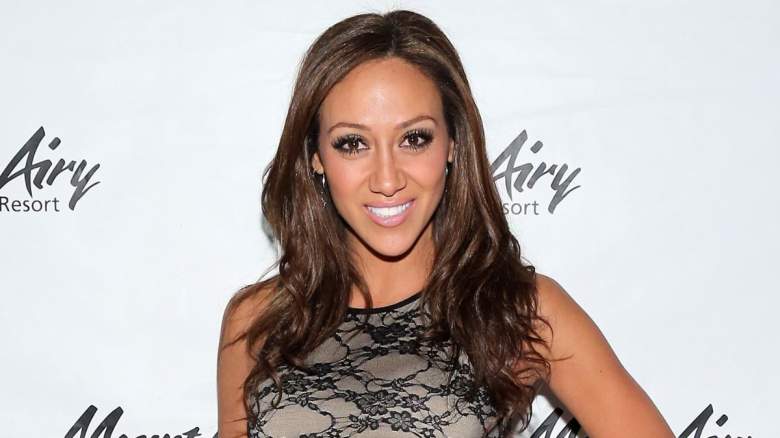 Melissa Gorga has often promoted looks from her boutique Envy by Melissa Gorga, but an Instagram post dated March 16:

The Real Housewives of New Jersey star posted three photos to her Instagram of her pairing a red velvet blazer and black pants with an exposed black lace bra. She kept her long hair sleek and finished the look with a bold red lipstick. “Red lip time of the year,” Gorga captioned the photos, which quickly garnered compliments from her Bravo stars.

Many people took advantage of the comments to post flame and heart emojis in response to Gorga’s bold look, but some of the most common and popular comments were from fans saying the RHONJ star looked unrecognizable in the photos.

Gorga’s bold red lip look was different from the RHONJ star’s usual neutral lip shades, but many fans thought it was more than just the color that was different.

Many of the most popular comments on the post came from people who thought Gorga was “unrecognizable” since the last time they saw her on their screens. “What? She looks sooo different,” one person wrote. Another said they thought she had a lot of work done so she was “barely recognizable[d] She.”

Another agreed that Gorga was “seriously unrecognizable… and not in a good way.” There were several others who said they didn’t recognize Gorga when the photo popped up on their feed. Someone commented, “They look drastically different and not in a bad way but a little too much for not knowing who they are!”

It’s been a busy week for Gorga as she recently announced that after several months of building their dream home, the family would finally be moving into their new home in Franklin Lakes. The RHONJ star had shared several progress updates since first buying the home in New Jersey and on Nov. 18 she announced that it was move-in day.

Posting a few photos of herself and her daughter Antonia Gorga surrounded by several packed boxes, Gorga happily shared that they are ready for a fresh start and can’t wait to show fans their new home. The grand home will have seven bedrooms and seven bathrooms and will be over 3,800 square feet. Previous video updates have shown glimpses of the foyer, backyard, and exterior of the home.

Melissa and Joe Gorga purchased the 1.47-acre lot in April 2021 for $950,000 and received demolition permits to demolish the existing home a few months later. After that, their plans for their new home were approved in late 2021 and construction of the Garden State Home began.