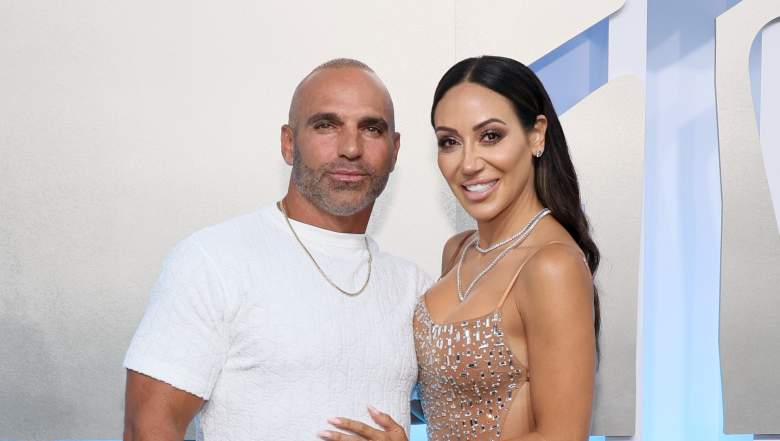 Real Housewives of New Jersey star Joe Gorga appeared on the January 12 episode of his wife Melissa Gorga’s podcast, “Melissa Gorga on Display.” During the episode, Melissa referenced that her husband is an entrepreneur who has ventured into several businesses. She noted that she and her husband have been accused of fabricating their entrepreneurial ventures to create storylines.

“We were accused a couple of times on ‘The Real Housewives of New Jersey’ of like people actually don’t believe – like they think you’re doing things as ‘fake stories’ instead of like nobody really knows you. It’s like no, no, no. Don’t take it the wrong way, Joe really does open every single one of these stores. And sometimes you hit and sometimes you miss,” Melissa said.

The mother-of-three noted that she believes her husband jumped into some businesses too quickly during his time at RHONJ.

“I’m going to say what you did wrong, maybe rushed a time or two because we’re doing it so the cameras can capture what’s important and it wasn’t the right scenario or it wasn’t the right situation. We had bad business partners in a restaurant like that, but people think it was just made up,” said the RHONJ personality.

Melissa then claimed that Joe “is an entrepreneur in all walks of life.”

During taping of the episode “Melissa Gorga on Display,” Joe explained that he found success as an entrepreneur by being patient.

“You have to throw enough things at the wall, not everything sticks. You might throw 10 things against the wall, nine of them fall, but the one that sticks, that’s where you made money,” said the author of Gorga’s Guide to Success.

The Gorgas attended BravoCon 2022, which took place over the weekend of October 14, 2022. During the convention, the Bravo personalities said Us Weekly that they valued their loyal fans.

“It’s pretty amazing, I mean, Joe and I have been on the show for 12, 13 years, so it’s a really long time and we’re very grateful that we have so many fans,” Melissa said.

The mother-of-three also spoke briefly about her rift with her sister-in-law, Teresa Giudice. As fans know, Melissa and her husband have decided to skip Giudice’s wedding on August 6th for unknown reasons.

“Sometimes the family needs some space and some time apart, so we’re taking our time right now,” said the “On Display” singer.

During a panel at BravoCon 2022teased Melissa about the upcoming thirteenth season of RHONJ, which will premiere on February 7, 2023. She shared that she believes fans will be pleased with the new episodes.

“I think they’re going to like this season, they’re going to get a little bit sad too, you’re going to feel all sorts of emotions because there’s a lot going on,” Melissa said. “It’s very real, it’s very raw, it’s hard to watch this season at times, but it’s our life, right? So we have to show you what’s going on. And I think for me personally it’s a very real and very honest season, it’s just very real.”