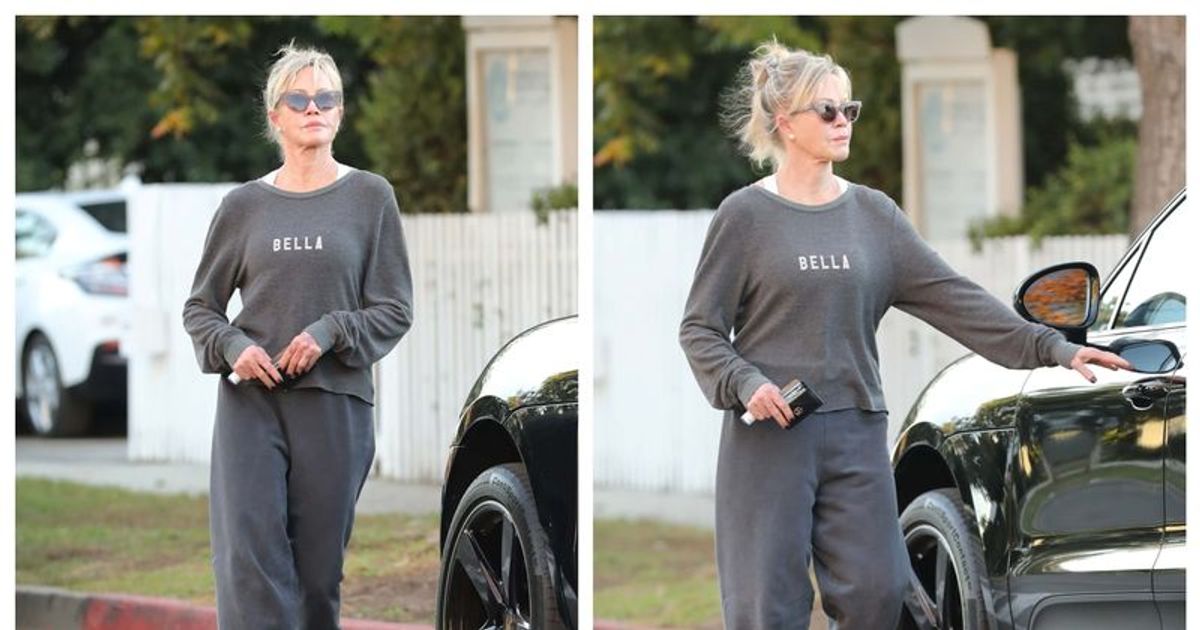 Melanie Griffith, 65, was spotted wearing comfy gray swets, light gray slippers and a Gucci wallet as she walked to her car

BEVERLY HILLS, CALIFORNIA: Melanie Griffith was spotted in a casual outfit as she stepped out to run errands in Beverly Hills. The 65-year-old actress wore comfy gray sweats while holding a Gucci wallet.

The ‘Working Girl’ star wore a white halter top underneath her gray ensemble, along with light gray slippers. Her ice blonde hair was tied in a loose bun and her nails were painted black, which matched her look.

Griffith had minimal accessories. She wore black cat-eye sunglasses and diamond stud earrings. The actress could be seen in the pictures walking to her car.

The ‘Milk Money’ star previously dressed up as Kris Jenner to celebrate the mother, who turned 67 on November 5. The pair undoubtedly share a close bond, as the ’70s actress donned a cropped dark wig with Kris’s signature large sunglasses and dangling diamond earrings. She wore a form-fitting black top with feathers on the cuffs and black bottoms to pay tribute to the mother-of-six.

Griffith shared a video of herself trying to impersonate The Kardashians’ matriarch on her Instagram, saying, “You know I really need to get started but first let me check out this $4 billion deal…” However, she burst out laughing before she could finish the sentence. The mother-of-three’s post read: “HAPPY BIRTHDAY KRIS! I love you so much. Kourtney threw an amazing birthday dinner with all of Kris’ daughters and BFFs and to surprise them we all dressed up as Kris! Here I am glamor and hamm it on the way to her. Sooooo much fun!! @krisjenner.”

Griffith has been quiet in recent years, but she has appeared in film and television occasionally. She had a small role in her daughter Dakota Johnson’s romantic drama The High Note, which was released in 2020, according to the DailyMail.

Griffith shares her eldest son, Alexander, 37, with her first husband, actor Steven Bauer, and her youngest daughter, Stella, 26, with Antonio Banderas, while Johnson is from her marriage to actor Don Johnson.