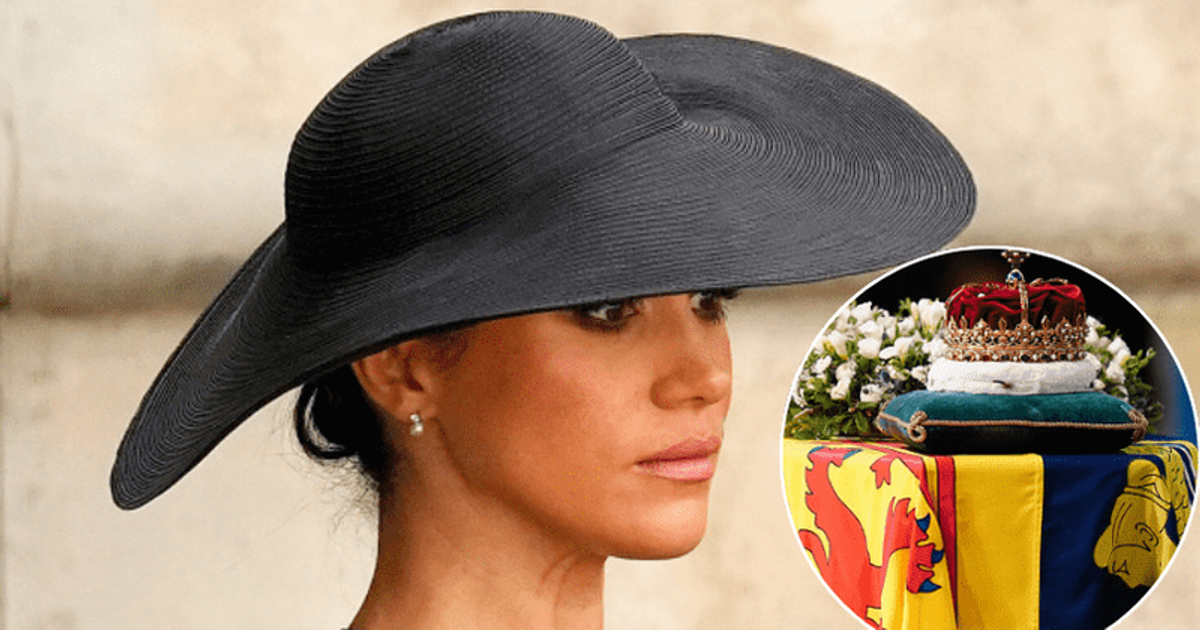 LONDON, UNITED KINGDOM: Meghan Markle wore a pair of pearl earrings given to her by Queen Elizabeth II as she welcomed her husband, Prince Harry, and other members of the royal family during the Queen’s funeral at Westminster Abbey on Monday, April 19. September, received the pearls shortly after their wedding in 2018.

She previously wore the same pearls to honor the late monarch during the procession of the Queen’s coffin from Buckingham Palace to Westminster Hall. During the same event, her sister-in-law, Princess of Wales, wore a diamond and pearl brooch that belonged to the Queen and accessorised her with a pair of Collingwood pearl earrings that belonged to Princess Diana.

Pearls are traditionally part of the dress code for members of the royal family during a time of mourning. In addition to their all-black clothing, they often wear pearls, whether in earrings, necklaces, bracelets, or brooches. The white jewelry adds elegance to her outfit and sets it apart from her black mourning clothes.

In keeping with this tradition, and to pay tribute to the Queen, the Duchess of Sussex donned the pearl earrings for the state funeral of Britain’s longest-reigning monarch. Markle kept her look minimal and paired her black dress with pearl earrings. Her dark hair was neatly slicked back in an updo and she looked the picture of elegance in black heels and gloves.

Meghan spoke lovingly about the Queen’s gift during the explosive interview with Oprah Winfrey. Referring to her outing with the Queen, she said: “The Queen, for example, has always been wonderful to me. I mean, we had one of our first engagements together. She asked me to go with her.” The Duchess of Sussex then added, “We had breakfast together that morning and she had given me a beautiful gift and I just loved being in her company. And I remember we were in the car.” When asked what the “beautiful gift” was, Markle revealed, “She gave me beautiful pearl earrings and a matching necklace.”

She had previously donned the same earrings on June 14, 2018 during a ceremony to mark the opening of the new Mersey Gateway Bridge in the town of Widnes in Halton, Cheshire. This was her first and only solo royal engagement to the Queen, just a month after their wedding. During the same visit, she accompanied the Queen to visit the Storyhouse and City Hall in Chester.

At today’s funeral, the Princess of Wales also paid tribute to the late Queen wearing the Monarch’s Japanese Pearl Necklace, the same necklace she wore at Prince Philip’s funeral.