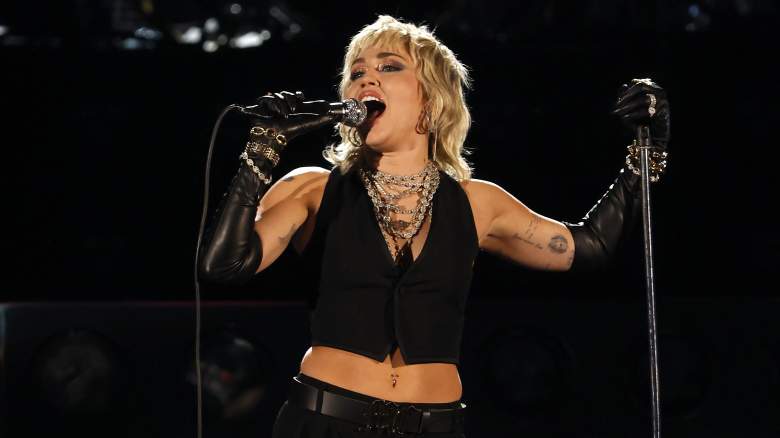 Miley Cyrus has a new man in her life.

While in Miami preparing for her New Year’s Eve special, Miley’s New Year’s Eve Party, the Hannah Montana alumna was spotted kissing Maxx Morando, drummer for the band Liily. In photos provided to The Daily Mail, Cyrus can also be seen stretching and showing off her bum in pink shorts for Morando.

When Cyrus attended Gucci’s Love Parade runway show in November, she shared pictures from the event on Instagram, including a photo of her and Morando. Though Cyrus and Morando haven’t officially confirmed they’re in a relationship, a source tells E! News that they are actually dating.

“It’s officially between them,” the source said. “They’re both artistic and creative, so they bond through being musicians.” So who is Cyrus’ new boyfriend? Here’s everything we know about Morando.

Morando has over 15,000 followers on Instagram. He and Cyrus follow each other. Aside from drums, Morando also plays guitar, as seen in a 2020 Instagram Live, and designs clothes.

In a September Vogue interview, Cyrus revealed that she and Morando collaborated on one of her outfits for Atlanta’s Music Midtown Festival. “This look is a unique collaboration between two of my favorite upcoming artists, Maxx Morando and Shane Kastl,” she said. “Their collaboration is the perfect example of sustainability becoming the next phase in fashion and proving that everything can be reinvented, which touches me deeply.”