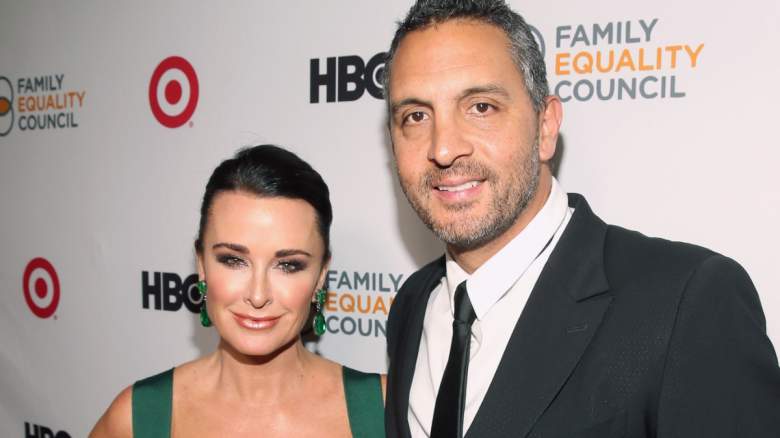 Mauricio Umansky has ventured into the world of reality television alone, bringing cameras to his real estate company for a new show on Netflix. Buying Beverly Hills gives viewers a glimpse into the workings of The Agency, a brokerage firm owned and operated by Umansky.

Although Umansky has appeared on The Real Housewives of Beverly Hills, his popular show is completely different and offers a different side of Umansky that people don’t get to see on Bravo.

“It leaves us vulnerable to a whole (different) dynamic. I have now allowed cameras into my entire life except for sleeping. So the vulnerability is there,” Umansky told Today in early November 2022.

Several people tuned in to see the new series and many have expressed their feelings about it on social media. On November 21, 2022, someone started a Reddit thread about Umansky and how he’s performing on Buying Beverly Hills.

Several people had differing views on the new show, with some saying they really enjoyed it and others refusing to even watch it because they aren’t fans of Umansky. However, several people have also engaged with Umansky as himself and as a businessman, which is really not emphasized on RHOBH.

“After seeing the Beverly Hills purchase, I’ve come to the conclusion that Mauricio simply lacks ethics [is] a terrible human resource manager,” the original poster read.

“I watched and thought Mo wasn’t working hard AT ALL – I know why he kept saying he worked so hard. Second Mo if your people can’t reach you there is a problem,” one person wrote.

“Fighting Mo against his daughters is weird. Selling their properties and not telling them is weird,” added another.

Several Redditors also shared their opinions on Umansky’s two daughters, Farrah Aldjufrie and Alexia Umansky, both of whom work for The Agency. Reviews of the girls are also mixed, with some loving them and others commenting on “nepotism” and saying the girls resemble their mother Kyle Richards too much.

Shortly after its release, Buying Beverly Hills found itself in Netflix’s top 10 most popular series on the streaming service. And while some people have negative things to say about Umansky — and his kids — others seem to be genuinely enjoying the show and are hoping for a second season.

According to Cosmopolitan, Netflix has yet to renew the show for another season and things could go either way. Netflix has struck gold with Selling Sunset, which has already ordered two more seasons, but the streaming giant has decided not to renew other real estate shows, including Selling Tampa and even the spin-off Selling Sunset, “Selling the OC. ”

Bustle reports that Netflix’s decision will likely depend heavily on fan feedback. The outlet suspects that a new season with a Spring 2023 release date could be on the way in the coming weeks — if Netflix decides to proceed with Umansky’s agency.

For now, Umansky has focused on his business outside of the reality TV aspect. He’s been active on social media and things seem to be going very well for The Agency heading into the new year.

CONTINUE READING: Andy Cohen is calling out the ‘Real Housewives’ star for ‘destroying’ the franchise