‘MasterChef’: Is the reality show scripted? Former participants confirm that it is “far from reality”. 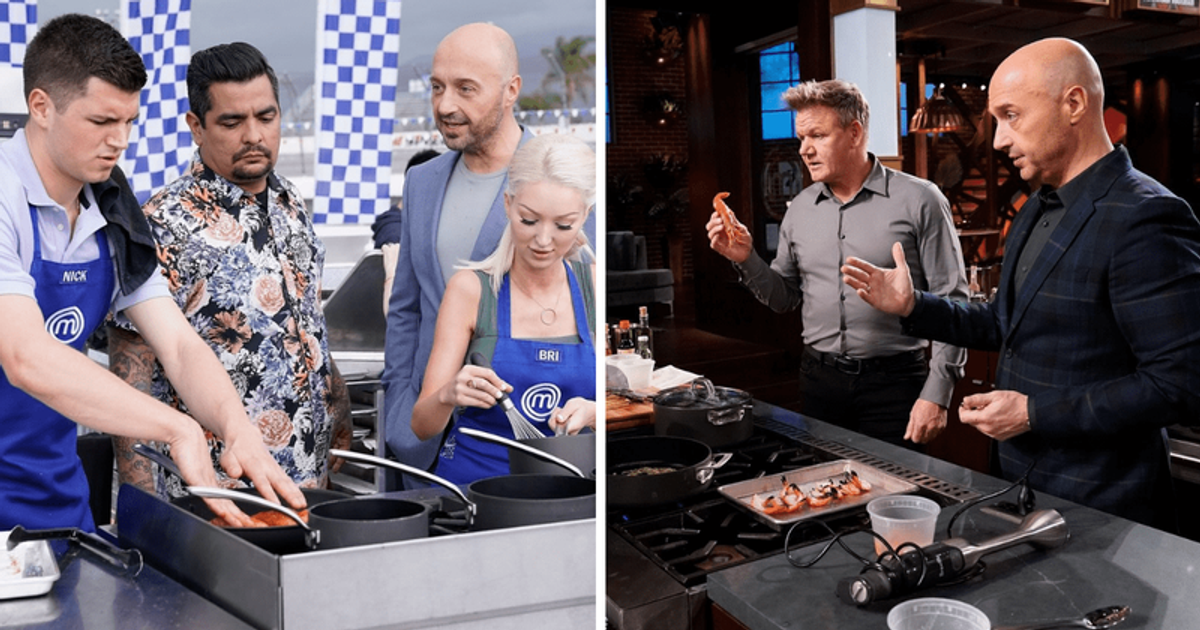 MasterChef has captivated viewers for more than a decade with its perfect blend of cooking and competition. The show has attracted millions of viewers during its run.

People enjoy Gordon Ramsay’s brutally honest remarks, but despite the show’s success, many people have questioned the series’ legitimacy. After all, reality television has a reputation for being anything but authentic, and some elements of MasterChef are difficult to trust. The reality TV giant’s new season is set to premiere this week, and fans are excited to tune in to FOX and get their weekly dose of screaming and cooking. Scripted or not, the cooking show still keeps viewers hooked.

While most home cooks enjoy recreating dishes from cooking shows, some take the risk of auditioning for MasterChef. The cooking competition series pits people with no professional expertise against each other for the title of MasterChef and a $250,000 cash prize. Competitors work under a lot of pressure, which is why most of us drop our jaws when we see the final dishes, which seem like they’re straight out of the pages of gourmet magazines. Additionally, everyone reacts differently to stress, which makes for fascinating television programming. Fans naturally ask if “MasterChef” exaggerates things for the cameras or if what they see is what they get.

Several former judges and contestants have come forward after their contracts have expired and written or given interviews about what really happens on the set of MasterChef. And it can be a real pain. The competition itself is pretty intense, but it’s just a tiny fraction of the long days of filming, isolation from the outside world, and total immersion in the cooking.

When people ask if a reality show is going to be staged, they want to know if it’s scripted. The best part is that there is no proof that “MasterChef” is staged. If the show is scripted, all participants have most likely signed a non-disclosure agreement forbidding them from informing anyone. Even if the show isn’t staged, that doesn’t guarantee that everything will happen exactly as the viewer sees it. Not only is the show being edited to make it more intriguing and exciting, but it looks like the production will step in during filming to make certain changes.

“MasterChef,” like many reality shows, has had its share of issues over the years, raising questions about its authenticity. Jessie Glenn, who went through the casting process for Season 3, has written an account of her experience. In her Salon post, she explained that hopeful contestants were forced to sign contracts that would allow producers to use information about them in ways that could potentially harm their own agendas and relationships with loved ones. According to her, when hopeful participants sign the contract, they agree to experience psychological and physical stress.

Multiple outlets also reported that Season 2’s Ben Starr made some startling allegations about “MasterChef.” They reported Starr claimed the show was “highly technical fiction.” According to certain sources, the former contestant claimed that he was misrepresented on the show because his verbal chunks were taken out of context and connected together. Starr reportedly accused the production team of intentionally stressing contestants to evoke strong emotional reactions on camera.

However, in a blog post published in November 2014, Starr dismissed those reports. He added that no media contacted him before publishing stories about his alleged charges against the reality show. Starr indicated that he had a positive time on the show. However, he recommended fans watch all shows for entertainment purposes only and avoid judging reality TV celebrities as footage is extensively manipulated.

If you’re wondering how the contestants serve up a good-looking kitchen despite not being professionals, it’s because they supposedly get help from specialists. Former judge Christina Tosi said judges sometimes make recommendations to candidates. Season 5 runner-up Elizabeth Cauvel also explained that contestants were offered cooking classes over the weekends, which were optional but hugely valuable as they were relevant to the challenges ahead. So while it might seem like the contestants will be thrown into deep waters without notice, that’s not the case.

Have you ever observed how every competitor seems to have an endless supply of one type of clothing in their closet? Like all the camouflage clothing for the hunter, or all the lace skirts and cowboy boots for the girl next door? These contestants understandably don’t have beautifully coordinated ensembles or a closet full of the same clothes. MasterChef’s costume department provides them with a wardrobe that matches their personality type and advises them on what to wear each week. Finally, the ‘MasterChef’ wardrobe and make-up team tries to create a specific character. And it’s usually done so perfectly that you don’t see it. Elise Mayfield, a Season 5 contestant, told AV Club, “You’re in your outfit to wear, you go to wardrobe, hair and makeup.” But all said and done, it’s showing something special “MasterChef” that has allowed it to stand the test of time and viewers are excited to see more excellent dishes on their TV screens in the future.