“MasterChef: Back to Win” was criticized for shoving on-screen BEEF between Shanika and Emily 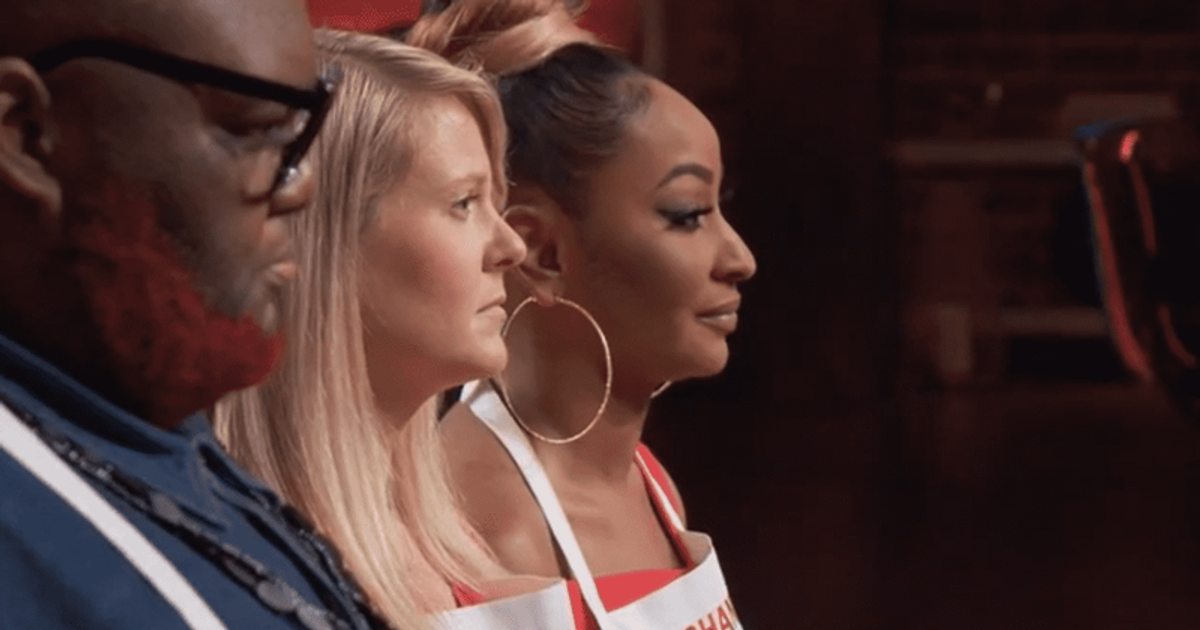 “The only thing I don’t like about this season is how much they’re pushing this Emily/Shanika feud,” said one viewer

Season 12 of FOX’s MasterChef: Back to Win cook-off began by putting these second-chance hopefuls to the test. The first three episodes were spent pitting the chefs against each other in a blitz round to reduce the field to 20, but the final episode’s gratuitous portrayal of two other contestants as rivals infuriated viewers.

Two contestants stand out straight away, and it’s not just because of their culinary skills. Not only did Emily Hallock and Shanika Patterson go head-to-head on Season 9 of MasterChef, but they also have a history of feuding. It was raised during their competition to win their aprons and move on to the next leg this season. Fans are baffled as to why the network continues to single out these two ladies.

Before being ousted from Season 9 by MasterChef, Emily had toasted her opponents. Cook was eliminated for refusing to opt out of a loser goes home challenge when she might have gone easy. Emily has decided to take part in a Black Forest cake challenge against Shanika. She eventually lost after her cake tipped over in a blast chiller and finished the season in 10th place. The series most likely emphasizes her animosity towards Shanika as Emily went out of her way to eliminate the other chef from the competition. Emily now thinks the decision was a mistake.

“Last time I was here in season 9, I made a mistake that sent me home,” Emily noted on the premiere of MasterChef: Back to Win. “I think about this moment often. Let’s just say if I have the option to save myself or try to send someone else home, will I save myself?” However, viewers should keep in mind that while the show likes to remind viewers of the past of the Chefs are remembered, but neither of the ladies are trying to make that their legacy on the show. This second chance season allows both to atone for past mistakes, showcase their honed talents and once again compete for the title of Master Chef.

With both ladies making the top three at their first cook after the auditions, viewers believe the network is taking advantage of the situation by repeatedly pitting them against each other. To win this competition’s first immunity pin (a concept familiar from the Australian version of the program), all 20 chefs compete by creating an improved version of the dish that eliminated them in their respective season. Emily and Shanika, along with another contender, Willie, were victorious. The camera was fixed on Emily and Shanika and the words they exchanged throughout the episode.

When Gordon talks to Emily about Shanika, he refers to her as her “Season 9 opponent” and reminds her that things didn’t go that way when she decided to play Shanika in a knockout round. Gordon notes that Emily has unfinished business in the competition. Gordon then moves on to Shanika, sharing the same bench with Emily and asking her what she would do if she won the immunity pin, to which she says “I’ll take her”, a slight nudge at her competitor who wasted it her shot at immunity in Season 9.

Joe praised Shanika’s pasta dish when he tried it, noting how far she had come from her time in the competition earlier in the season. He noted that she initially had to hide behind hysteria and anger, but is now proving her worth.

Joe’s words offended viewers, who took to Twitter to chide him for calling Shanika “angry”. One fan wrote: “Really Joe? Calling Shanika “angry” the last time she was on the show? Emily was actually the snide one as far as I remember, but I’m sure her demeanor was passionate and not angry at you #MasterChef.” Expressing his anger, another fan said, “Joe just said to Shanika, ‘You had to control your anger and hysteria”???

Another angry fan tweeted: “So #MasterChef Shanika will always be seen as the angry black woman. Here we go…” Some fans felt the judges were wrong in picking Emily over Willie or Shanika, as they tweeted, “So all 3 really chose Emily??? I swear I thought it was Willie and maybe Shanika #MasterChef.” One fan even claimed to be a bit of a racist on the part of the judges when they tweeted, “OF COURSE YALL GIVE IT THE WHITE GIRL. BOOOOOOOO Willie and Shanika ROBBED. #MasterChef”.

It’s only the first leg of the competition, but it seems like fans are already sick of the rivalry the network is trying to squeeze out of the two ladies for screen. One fan wrote: “#MasterChef The only thing I don’t like about this season is how much they are pushing this Emily/Shanika feud. That was four years ago. Emily got her chance and learned her lesson from missing her. Shanika was happy that Emily won tonight. This forced rivalry isn’t what anyone wants.” Another fan with a similar observation wrote, “They’re really playing this Shanika/Emily feud huh? lol #masterchef”. In the midst of all this, one hopeful fan wrote how they would like to see the two ladies become friends and advance in the competition together. Her tweet read: “#MasterChef I so badly want Shanika and Emily to become best friends and kick ass on this show!”

MasterChef: Back to Win now airs every Wednesday at 8pm on Fox.