Marva Hicks, who played Tuvok’s wife on Voyager, has died 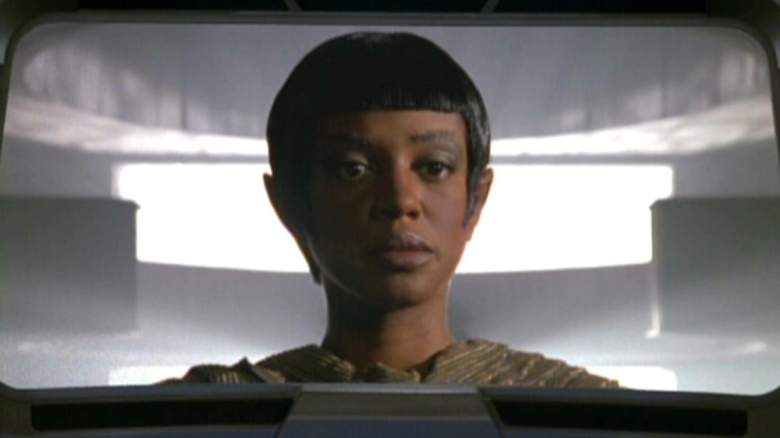 Veteran actress and singer Marva Hicks, who guest starred in two episodes of “Star Trek: Voyager,” died on September 16, 2022, according to a People Magazine report, which noted that neither the age of Hicks nor have their cause of death been announced.

“It is with a heavy heart that we share the news of the passing of our dear Marva Hicks Taha,” Hicks husband Akwasi Taha and her family said in a statement. “Our beloved wife, family member and friend will be greatly missed and will remain wonderfully in our hearts forever. The love she had for her husband, family, friends and the entertainment community knew no bounds. We were deeply touched by the incredible outpouring of love. Thank you for your sympathy and prayers.”

According to Hollywood entertainment site Deadline, Hicks was from Petersburg, Virginia and graduated from Howard University. In a 2020 interview with Broadway World, she opened up about how theater fever bit her. “I was 15,” Hick said. “In junior high school I won a pageant competition and part of my prize was going to New York to see a Broadway show with the pageant coordinator and students from Virginia State University. My first professional performance job was actually at Arena Stage while attending Howard University’s College of Fine Arts, where I studied drama and musical theatre. I got permission to underwrite CCH Pounder and another actress whose name I don’t remember in a production of The National Health. I remember my surgical suit and the blocking, but beyond that I think I was in shock. (It was my) first paid job as a professional actress!”

Her stage appearances have included the Broadway productions “Lena Horne: The Lady and Her Music”, “The Lion King” (as Rafiki), “Caroline, Or Change” and “Motown: The Musical” as well as many off-Broadway productions and regional shows including the City Center Encores! Productions of Cabin In The Sky and Little Shop Of Horrors and The First Breeze Of Summer at Signature Theater Company. According to the Internet Movie Database, Hicks has appeared in such films and TV shows as One Life to Live, LA Law, Mad About You, Sister, Sister, Alien Nation: Body and Soul. Babylon 5, House of Cards, Daredevil, Search Party, The Blacklist, and Madam Secretary. Most recently, she starred in Angry, Raucous, And Shameless Gorgeous in March-April 2022 at the Alliance Theater in Atlanta, Georgia.

Hicks, also a recording artist, scored a hit single in 1991 with “Never Been In Love Before.” The track peaked at #7 on the R&B chart for Polydor Records and was a track on their self-titled debut CD released that same year. During her career, according to Broadway World, she provided backing vocals for the likes of Whitney Houston, Chaka Khan, Michael McDonald, James Ingram and Glen Jones, and later toured with Michael Jackson and Stevie Wonder.

Hicks made two memorable appearances on Star Trek: Voyager. According to the Memory Alpha site, she guest-starred as T’Pel, the wife of Tuvok (Tim Russ) in season 2’s “Voyager” episode “Persistence of Vision” and season 7’s “Body and Soul.” In the former case, T’Pel was an illusion and in the latter a hologram. Persistence of Vision first aired in 1995, while Body and Soul debuted in 2000. Between those two episodes, actress Kimber Lee Renay played the character in the episode “Bliss,” which premiered in 1999.

Additionally, according to a press release from Hicks’ publicist, “She has lent her voice and talent to many charitable organizations, including the Ronald McDonald House. She was a very proud member of the Broadway Inspirational Voices for many years.” The publication concluded by stating that “Marva Hicks Taha is survived by her husband Akwasi Taha and many family members and lifelong friends.”

Hicks’ Twitter bio reads: “I am blessed to sing loud and strong. I’m growing creatively and always moving forward! Love is the greatest gift of all!”