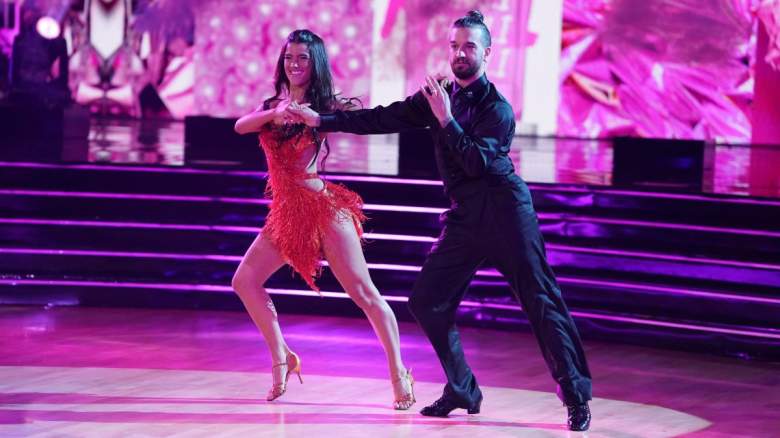 Mark Ballas returned to “Dancing With the Stars” on Monday September 19, 2022 to great acclaim, ending up at the top of the leaderboard and going into the eliminations.

During the premiere, Ballas and his partner, TikTok superstar Charli D’Amelio, landed at the top of the leaderboard after performing their cha cha cha to Megan Thee Stallion’s “Savage.” They earned 8s from each judge and earned the highest score of the evening.

When asked how it felt to be in the ballroom, D’Amelio only had kind words.

“It feels incredible, I saw that show before I could even form memories, let’s be honest it was a big part of my life so just being able to dance again… is incredible,” D’Amelio said after her Dance.

After the season premiere, Ballas spoke to The Wrap about returning to the show.

“It felt great,” he said. “It felt the same, but new, fresh, nostalgic, you know? And then just being out there [Charli] – it was a good time. I felt really good tonight. And it’s great to be at the top. We had not expected that. The only thing we wanted to do was work super hard, maximize our rehearsal time and just do the best we could. And we had a good night tonight.”

He also shared that he loved being reunited with Derek Hough.

“Derek and I have been friends since we were 10,” he shared with the outlet. “We lived together, we went to school together every day, you know? The guy used to steal my clothes. We’re friends… even brothers. It was really cool to be out here and it was fun to see him on the judges table because I haven’t been here since he finished [that].”

Ballas said he was there when Green called him to return.

“I got a call from Conrad Green,” he said in an interview with Us Weekly. “I was working with Conrad back then, when I came to him, back then, and he said, ‘Would you be willing to do it?’ and I was like, ‘It sounds like fun,’ and that’s why I’m here.”

From Green’s point of view, he really wanted someone to come back and challenge D’Amelio, he told Entertainment Weekly.

Next week, in honor of Elvis Week, the pair will perform a quickstep to Elvis Presley’s Bossa Nova Baby.