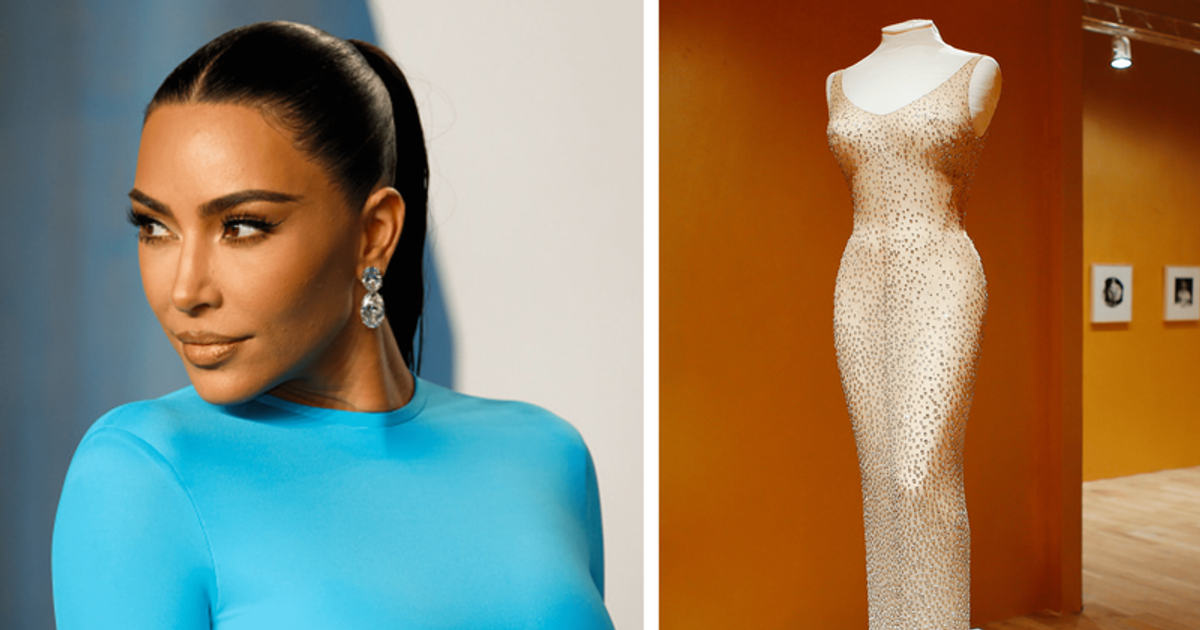 Rumor has it that Kardashian might be wearing the iconic dress Marilyn Monroe wore when she sang “Happy Birthday” to President John F. Kennedy

With the 2022 Met Gala just hours away, fans are excited to see their favorite stars and their looks amidst the glitz and glamor that the event promises. According to rumors doing the rounds, Kim Kardashian could be wearing the iconic glittery dress Marilyn Monroe wore in 1962 while singing “Happy Birthday” to President John F. Kennedy.

The rumors began circulating when the 41-year-old opened up about her Met Gala look at the premiere of The Kardashians in April. “It really depends on me fitting my dress, so I’m hoping to go. I think it will take until the last minute because it can’t be custom made so I have to fit it exactly. So we’re going to see if I can transform for the night,” Kardashian told Access Hollywood.

Later on April 23, Kardashian was spotted with her 28-year-old boyfriend Pete Davidson in Orlando, Florida, spending about three hours at Ripley’s Believe It or Not! where Marilyn’s dress is kept. According to The Sun, the reality TV star wore a white tank top and blue jeans with her hair slicked back in a tight bun, while the comedian wore a red and black flannel top, black jeans, a blue baseball cap and sunglasses.

The prospect of Kardashian wearing the dress sparked excited reactions from her fans. One user tweeted: “WAIT IS THE RUMOR THAT KIM KARDASHIAN WEARS MARILYN MONROE’S ‘HAPPY BIRTHDAY MISTER PRESIDENT’ GOLDEN DRESS AT THE MET GALA??? The dress is on display at a museum in Orlando and Kim and Pete were seen exiting the building recently.” Another said, “When Kim wears this dress to the Met Gala, it will literally be her most iconic look, literally EVER. Man Say/think what you want about her, but she’s the Marilyn Monroe of our time. That’s what I’m here for.”

A third said: “Love that Kim Kardashian will be wearing Marilyn Monroe’s ‘Happy Birthday Mr. President’ dress to the #MetGala. At the end of the day, she truly is the Marilyn of our generation.” A fourth wrote, “Monday (2) is the famous Met Gala and news of Kim Kardashian’s appearance is already shaking the internet. Rumors have suggested Kim Kardashian could wear the iconic sparkly dress Marilyn Monroe wore when she sang “Happy Birthday” to President John F. Kennedy in 1962.

One user commented, “If Kim wears this dress I’ll lose my mind. I’m such a Marilyn Stan. I have all her films and so many books about them, this is going to be perfect. I try not to get my hopes up too high because I don’t want to be disappointed if she doesn’t wear this.” Another tweeted, “Kim’s dedication to the MET and creating a moment is always second to none. She’s been running in one for weeks Sauna suit and that’s no coincidence you best believe she’ll fit into whatever period dress is pulled out for her which is – rumored to be none other than Marilyn Monroe’s iconic nude Bob Mackie dress she wore to Happy Birthday to JFK.”