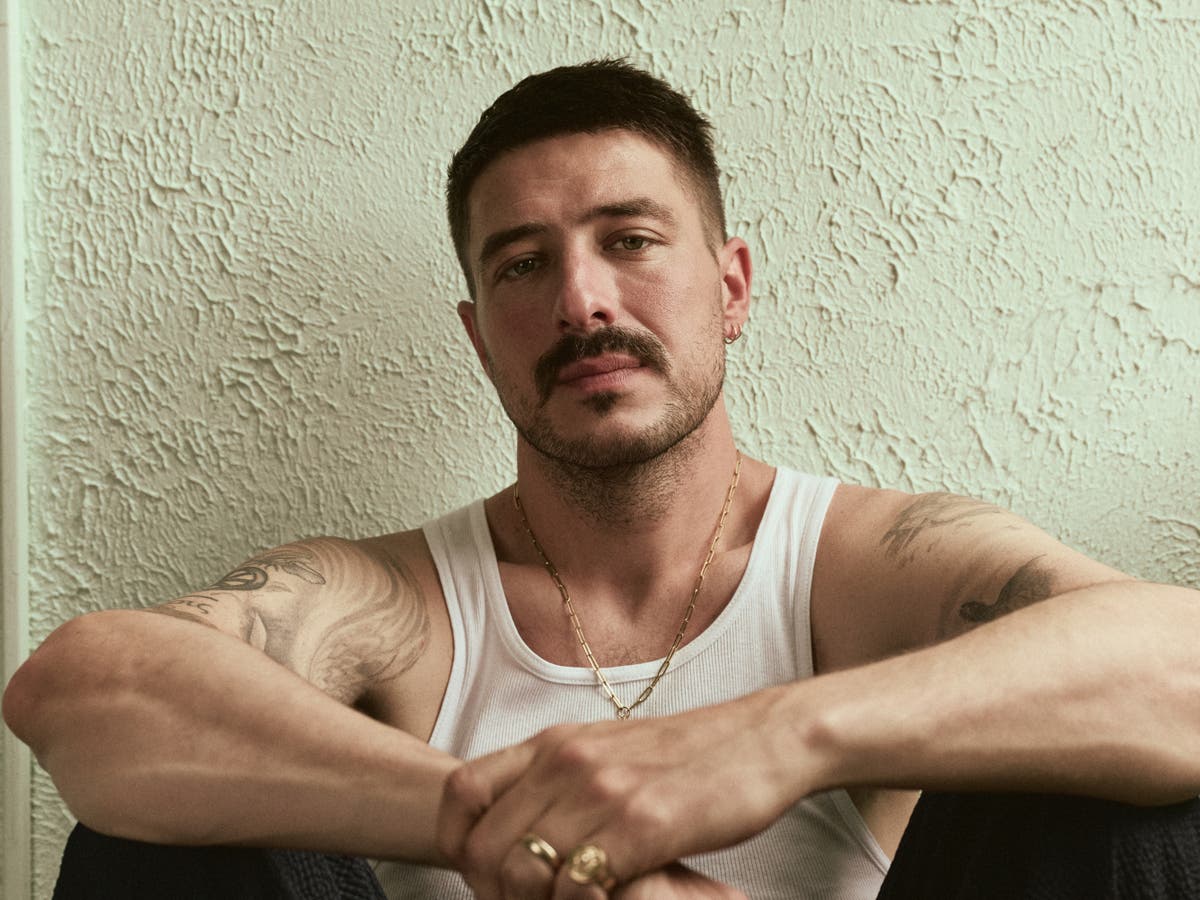 “How should we proceed / without making it too difficult?” asks Marcus Mumford about his first solo album. It’s a reasonable question to ask yourself and your listeners, as the 10 raw songs on this self-titled record show the singer coming to terms with the sexual abuse he endured as a child. He was apparently so concerned about triggering other victims that he sent all texts to a trauma specialist to make sure they “reflected reality.”

That doesn’t mean he’s pulling any punches. The self-proclaimed former “Fat Kid from London,” who started out as a drummer for Laura Marling and formed his own nu-folk band Mumford & Sons in 2007, has always worn his heart on his sleeve. His parents were both church leaders, and he brought a preacher’s zeal to rollicking stadium anthems like “I Will Wait.” When banjo player Winston Marshall left the band in response to the backlash he was getting for tweeting praise for far-right writers, the all-encompassing Mumford “begged” him to stay.

But the dubious forgiveness offered on this album takes longer to materialize. There’s a whispered anger in the first verse of the first track “Cannibal” that’s worth quoting in full. “I can still taste you and I hate it,” he sings over the vibrating bass strings of his acoustic guitar. “It wasn’t a choice in a kid’s mind and you knew it/ You took the first piece from me and ate it raw/ Ripped it up with your teeth and your lips like a cannibal/ You bloody shit animal.” He quickly moves away of the charge, owning the physical consequences along with his emotional counterpart: “It kills me/ That there’s still some sick part of it that flips me/ That my own body keep betraying me.”

The song’s suppressed acoustic intensity explodes in a synth-driven crescendo. But Mumford’s big, longing yawn of voice – so often placed warmly in the front-of-house mix on Mumford & Sons recordings – is hidden behind the instrumentation. It’s like he’s passing on the experience. The technique is effective as other abuse victims gather online to thank him for expressing what they could not. His band’s old-time folk rock, which invites you to sing along at gigs, has always had a community spirit. This is meant equally collectively, but is more reminiscent of the quiet circle of chairmen of a self-help group.

In conversation with GQ Earlier this year, the 35-year-old offered some details of his experience. He said that in the silence of lockdown he was forced to “face the thing that happened when I was six years old, that was the first in a series of really unusual, unhealthy sexual experiences at a very early age…when.” I was among them at age 12, which primed my brain for imbalances in dealing with things later in life.

He would like to emphasize that his perpetrator was not part of the church in which he grew up. But he didn’t tell his parents. So it’s his mother who is addressed on “Grace” while a slouchy riff is reminiscent of a muted rendition of Tom Petty’s “Free Fallin'”. “Better Off High” addresses the “addictive behavior” that Mumford spoke of. The AM radio beat of tracks like “Better Angels” is reminiscent of ’80s Springsteen, while “Dangerous” has a darker, more menacing bassline. In fact, much of the album has an appropriately lo-fi, nocturnal Springsteen album track sound. The atmospheric tangle and whirl of electric guitars and tape loops in the background keeps things edgy. It’s like the sound of cars driving by – possible threats. Mumford sounds like he’s sitting in the passenger seat with his acoustics on his lap.

Mumford has quit drinking, but here he credits this “medicine” as a coping mechanism that kept him together until he was ready to face the damage from his past. Phoebe Bridgers’ lovely vocals weave carefully through his on “Stonecatcher”. She gently supports him – a harmonizing therapist – by recognizing: “This light/ glowing neon in the corner of my mind/ burns and burns but leaves no warmth/ I kind of wish you’d only done it in the dark.” She switches something free, which allows his voice to free himself from the situation.

I’m uncomfortable pointing out that there aren’t many melodies on this record. The stuff has to come out how it wants. There’s hardly any sing-along material. It is – necessarily – difficult. But it also fulfills Mumford’s intention, learned from Beyoncé, to leave us with hope.