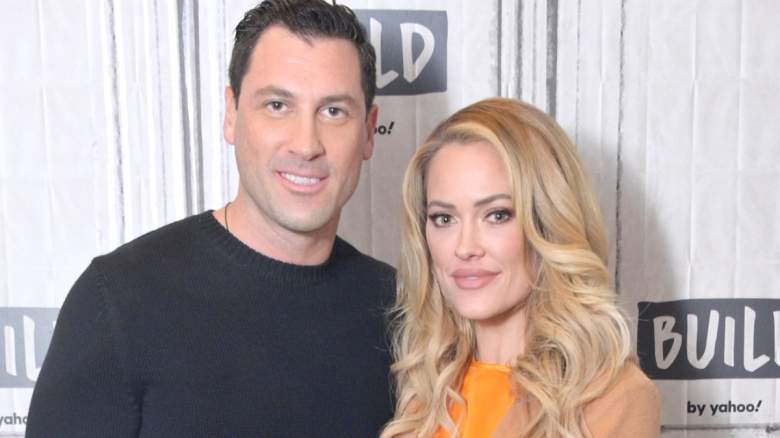 On January 13, 2023, Peta Murgatroyd announced that she is pregnant with her second child. The Dancing With the Stars pro had previously opened up about her pregnancy journey and struggles conceiving.

“It gives me great pleasure to finally announce that @maksimc and I are expecting our Chmerkovskiy #2,” she captioned an Instagram post that consisted of photos of her growing belly.

“After 2 years of constant struggle and heartache, 3 miscarriages and a failed embryo transfer…we have a healthy bun in the oven :)) It was a shock to all of us and we found out just before I went on my second round of IVF” , Murgatroyd continued, adding, “This news has brought our family an extraordinary happiness and we have so much to be grateful for.”

Murgatroyd’s husband Maks Chmerkovskiy left a slew of red heart emojis in the comments, but when it came time for him to respond to the news on his own social media account, he admitted it wasn’t easy for him is, given what is “lucky” taking place in his native Ukraine.

In February 2022, Chmerkovskiy was working in Ukraine when civil unrest broke out. He shared several updates via social media videos before safely making it out of the country and back to the United States. Chmerkovskiy has continued to speak out about what is happening in Ukraine.

For example, on January 14, 2023, he shared a video taken in Dnipro with the caption, “WAR!!!!!!” Screams could be heard in the video from people trapped under rubble. While keeping up to date with what’s going on in the place he used to call home, Chmerkovskiy explained that he can’t really be happy and/or at peace knowing what’s happening abroad.

Although Chmerkovskiy is excited to welcome a new baby into the world, he admitted he’s struggling with his feelings.

“So many beautiful things have happened in my life… but I can’t wake up happy as long as I wake up with the news of another terrorist attack by the Russian army in Ukraine,” Chmerkovskiy wrote on his Instagram Stories.

It wasn’t an easy year for Chmerkovskiy, who went through it personally. Aside from seeing what is happening in his home country, he has also gone through a lot of pain and loss with his wife; Murgatroyd suffered a number of miscarriages in recent years, according to People Magazine.

Chmerkovskiy shared a little about why he has these conflicting feelings and why they make it difficult for him to truly celebrate the joy in his life.

“I literally can’t overlook it or overhear it, and I can’t figure out how to write a post that celebrates my life, my sister-in-law, my brother and me becoming an uncle…” He continued, referring to his wife’s pregnancy announcement and his brother Val Chmerkovskiy’s new baby.

“It’s been almost a year and I’ve never heard most of my Russian ‘friends’ say anything! I really hope there is justice at the end,” he concluded.