MAFS Season 15: Is Mitch “Sabotaging” His Marriage? Fans raise the red flag as he avoids the wedding ring on a business trip 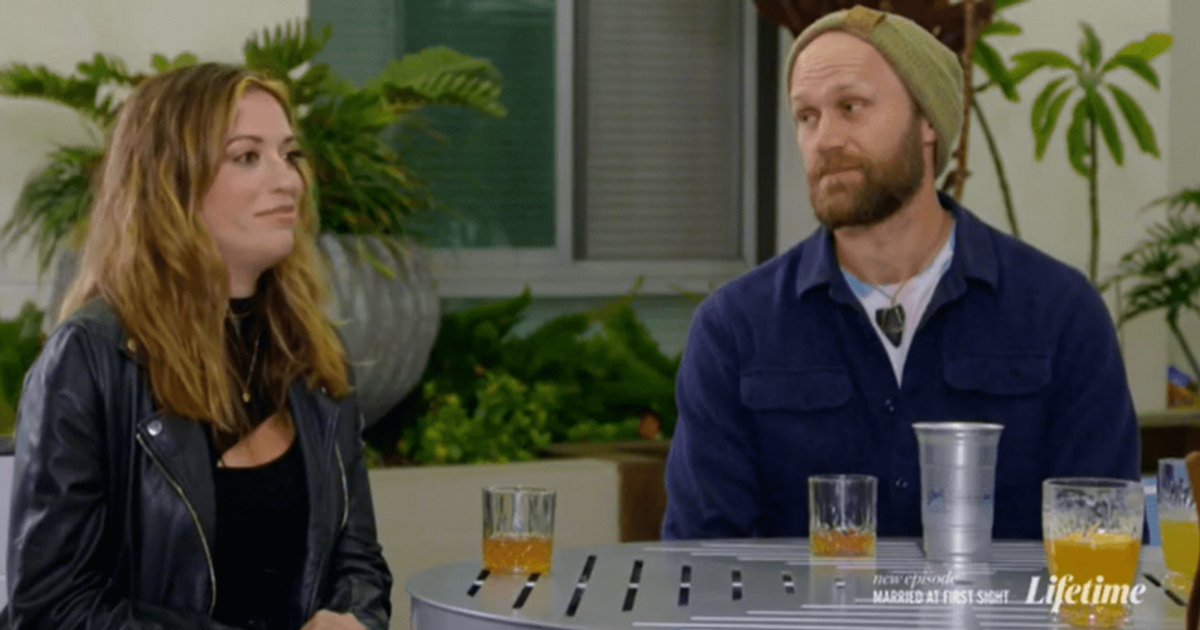 “Krysten was beyond understanding and Mitch still doesn’t respect her and her marriage,” said one fan

SAN DIEGO, CALIFORNIA: With Season 15 of “Married at First Sight” fast approaching decision day, Mitch and Krysten’s situation isn’t improving. Fans are seeing more red flags at Mitch after learning he didn’t tell anyone about his marital status while on a business trip.

During the episode “Are You My Person?”, Mitch seemed determined to dig deeper after returning home from a business trip. Questioning her husband about his time traveling to the beach with their dog Luna in tow, Krysten says, “It’s good to have you back, we said, ‘It’s a little bit quiet here.'” Mitch admits that Water may not be spectacular, but he’s a “cup half full” when they talk about their upcoming weekend and their desire for a little vacation by the sea. “Are you?” teases Krysten, not entirely convinced.

Mitch admits it’s more of a hangover day for him after returning from his business trip as she says she’s not sure how much time she wants to spend in the water. “What did you do last night to be so hung over?” Krysten asks a quick question.

“Well we had dinner and then we went to the bar and it happened to be karaoke night. I was definitely thinking of you,” he says as he turns to Krysten. “You’d be really proud because I started it, I got the party jumping.”

“Is your ring in the car? Have you lost your ring?” she asks and continues her round of questions. “No, it’s right here,” Mitch promises, taking the jewelry from the car’s glove compartment. “Sorry, I’m married again.”

“Aren’t you married?” she asks loudly, to which he replies, “I was for all my close friends I know, but I wasn’t ready to marry for the whole company. It’s just too much.”

Fans see this as a way Mitch is trying to sabotage his own marriage: “Mitch tries to sabotage his marriage every chance he gets.” Some fans even saw this as a red flag: “Mitch took off his ring when he wasn’t with Kristen.” One fan also wondered if he had anyone special on the business trip that he didn’t want to know about his marriage: “There was definitely a woman or women at that conference that he didn’t want him to know was married. Mitch uses his boss as an excuse.” A Twitter user also spoke about the ‘separation’ Mitch created with his own actions: “YOU MAKE THE WIDE SEPARATION WITH MITCH WHEN YOU DECIDED NOT TO SHARE YOUR WEDDING RING AT THE CONFERENCE WEAR AND LIVE THE SINGLE LIFE.”

One fan also wondered if Mitch was confident enough in his marriage to Krysten: “I feel like if Mitch was confident married to Krysten he would have worn his wedding ring and not bothered to explain it to his coworkers.” The Fans see this as disrespect for Krysten and urge her to leave him immediately: “Krysten was BEYOND understanding and Mitch still doesn’t respect her and her marriage. PLEASE LEAVE THIS MAN!!!!” Fans also want Mitch to consider Krysten’s feelings about her story: “Mitch, read the room. Krysten has been cheated on before. If she asks if there were cute girls at the conference, say nooooooo. Calming down is the name of the game with her.” MAFS viewers also shared, “Um… A business trip is no excuse for being the only version of yourself, Mitch.”

For more on the drama of Married at First Sight Season 15, tune in to Lifetime. New episodes are released every Wednesday at 8/7c.

Why did Ben White leave the World Cup?

Why did Ben White leave the World Cup?