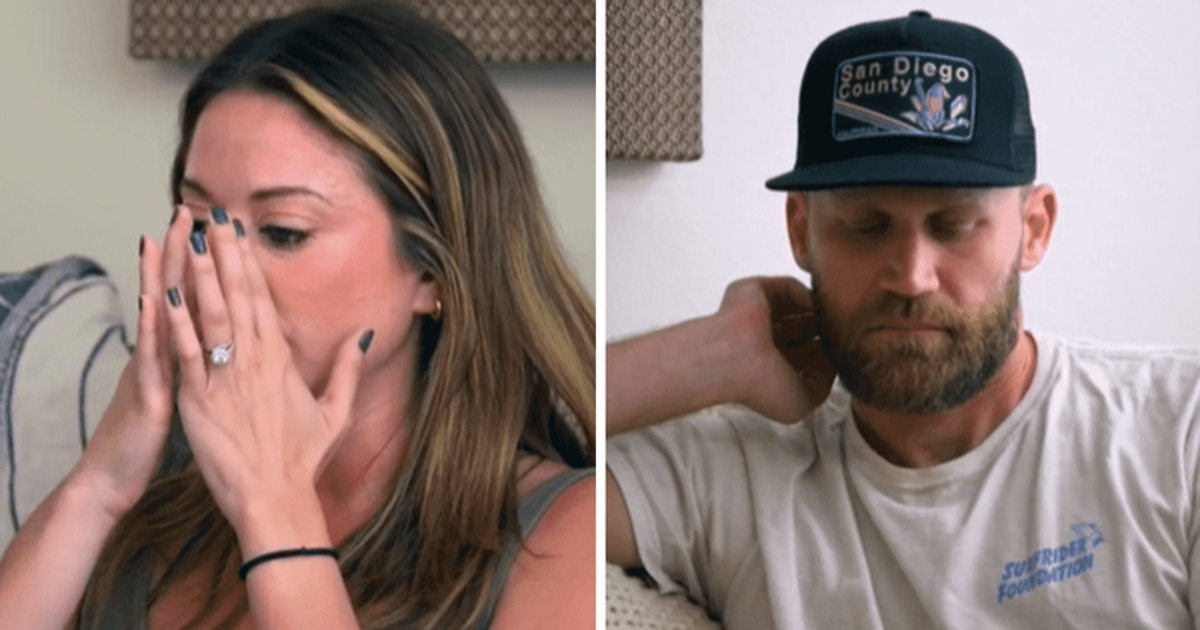 “Krysten is on the edge. Sis really just needs to leave Mitch where he is,” said one fan

SAN DIEGO, CALIFORNIA: Mitch frustrates Krysten by questioning her childhood idol in the latest episode of “Married At First Sight” Season 15. Fans believe Krysten is on the verge of leaving Mitch and should do so immediately.

On the September 21 episode of season 15 of “MAFS,” Krysten is asked about her childhood hero when she sits down with Mitch. Krysten remembers that her mother single-handedly raised her and her sisters. Krysten says her mother is a Cuban immigrant who “came to this country with nothing.” Her mother is now “very high up in her company and extremely wealthy in many ways, not just financially,” because of her hard work and patience.

Mitch doesn’t just stop there. He doesn’t want to “challenge” Krysten, but he wonders if she felt the same way as a child since this exercise is about her childhood idol. “Yes, I did,” replies a clearly excited Krysten, flicking the sticky note. When asked about her reaction to Mitch, Krysten replies, “Why are you challenging me with that?” “I just thought it was a good question,” he says. He stumbles over his words, which doesn’t help matters.

“When someone answers a question, especially about their childhood hero, you don’t question it,” she tells Mitch, “you don’t question it.” Krysten goes on to say that she doesn’t want constant backlash from him. “I just want you to say, ‘That sounds amazing. What a great story.’ But he doesn’t say that,” Krysten replies, wiping away her tears.

Fans were quick to call out Mitch for the way he reacted, calling him unsure of his own response: “Mitch was just pissed because HIS answer didn’t make any sense so he had to make sure Krysten was known to ask the question.” ‘wrong’, he didn’t Uff!! Can we say Uncertain #MarriedAtFirstSight #MAFS.” Another fan dubbed Mitch ‘neurodivergent’ and tweeted, “Mitch is clearly neurodivergent. How CLEAR. It’s not his fault and why hasn’t an expert picked this up? #MAFS #Marriedatfirstsight.” Some Fans are also upset that Mitch picks Krysten apart every week, writing: “Mitch is just so annoying lol why does he always feel the need to criticize or pick her apart? #MarriedAtFirstSight #MAFS #MAFSsandiego To leave Mitch for the better, One fan tweeted, “Krysten is on the edge. Sis just has to leave Mitch where he is. He’s an old dog who needs to change himself. No ‘perfect wife behavior’ will fix him. -Princess #MarriedAtFirstSight #MAFS.”

Krysten and Mitch’s marriage was fraught with difficulties. Mitch admitted in a previous episode that he didn’t experience the “physical spark” with Krysten. “I just put so much pressure on myself because it all adds up on paper,” Mitch said. “I can see why the experts matched us, the compatibility, the life goals. She’s definitely such a great person and I really enjoy getting to know her, but I just don’t feel that physical spark.”

The dragons that will fight in House of the Dragon

The dragons that will fight in House of the Dragon