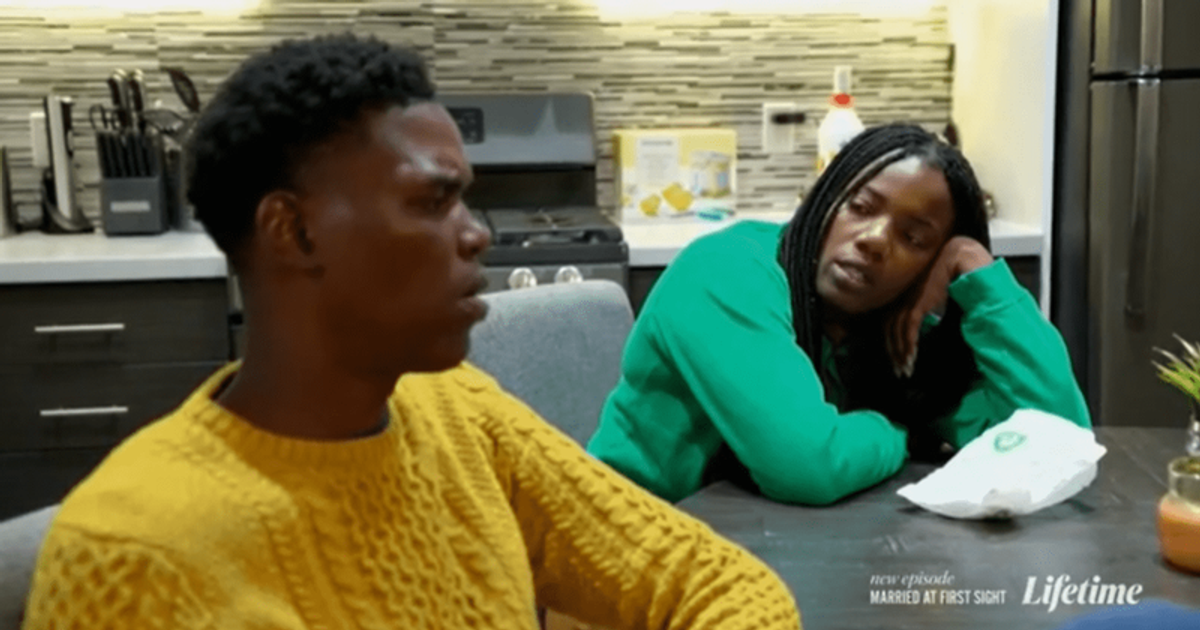 Is there still hope for Alexis and Justin, or was this the last straw?

SAN DIEGO, CALIFORNIA: A new episode of Season 15 of “Married at First Sight” aired on September 21, in which Justin and Alexis argue about their desire to party with their friends every weekend. Almost every member of the cast, even the show’s producer, has weighed in on the discourse about the couple, but viewers seem to have made a decision and want this nightmare to end.

before dr Pia Holec, one of the show’s experts, arrives at Justin and Alexis’s, the two argue about her lack of weekend time at home, pointing out that she often goes partying with her friends. She claims he is trying to limit her independence, and the disagreement is reflected in her conversation with the expert. As the debate rages on, Alexis admits that she is reluctant to marry Justin and he responds by quietly removing his wedding ring. dr Pia suggests the two make some changes they can both live with.

Later, Alexis tries to do something pleasant for Justin by performing a pole dance for him. He liked the performance but would like to be frank in a conversation after the dance. Justin expresses concern to Alexis that he won’t be a priority in their relationship, and while he’s brutally honest, she remains silent.

At the end of the episode, Alexis complains to the other brides that Justin is taking up all her free time. Meanwhile, Justin talks to the boys about Alexis and her partying habits, and expresses concern that she goes to clubs on the weekends. When Justin and Alexis are finally reunited in their shared apartment, those fears are presented in a heated battle. The tension mounts so high that a producer is forced to step in and mediate.

Fans couldn’t help but recall that Alexis wasn’t attracted to Justin in the beginning and worries it’s still the cast. Some fans even went so far as to blast her for using the show to get “her 15 minutes of fame”: “Day 1 Alexis said they matched on Hinge and she ghosted him. She didn’t like him then and she doesn’t like him now. That’s her 15 minutes of fame. #MarriedAtFirstSight #MAFSsandiego #mafs.” Another fan blamed Alexis for her choice of words, as they wrote, “Alexis pays games. She knows EXACTLY how she came up with that statement and Justin is absolutely right about it, behind everything else in being second to her life #MAFSAfterParty #MarriedAtFirstSight #MAFS #MAFSandiego.” One fan tweeted that Alexis wouldn’t party every weekend if she was married to someone she really likes: “Alexis lies as always. She doesn’t like Tree. If they set her up with someone she really wanted, she wouldn’t be at brunch every week. #MAFSsandiego #MarriedAtFirstSight.” Fans also blame Alexis for her passive-aggressive behavior that leads to her unresolved issue with Justin: “Oh god. Alexis’s passive aggression is SOO awkward and unhealthy. They can never resolve their issues if they always passive-aggressive, dismissive and “trying” not to hurt him because he’s sensitive.” It’s demeaning. #MAFS #MAFSsandiego #MarriedAtFirstSight.”

Another ‘MAFS’ fan wrote of how Alexis tries to play the victim card every time Justin tries to assert himself: “Alexis knows she’s running all over Justin but what kind of backbone he has, she pretends , like she can’t tolerate that a few times he performs, she plays victim #marriedatfirstsightsandiego #mafs #marriedatfirstsight.” Fans are now wishing the couple split as they are tired of watching their drama: “Alexis and Justin might as well call it a day. She’s conceited and Justin is sick of her. We’re all sick of her #MarriedAtFirstSight #mafs #marriedatfirstsightsandiego #MAFSsandiego.” One fan dubbed Alexis a ‘classic manipulator’ and wrote, “Alexis can’t be that dumb classic manipulator you clearly told Justin you don’t want to be married to him you don’t like him #MarriedAtFirstSight #MAFS #marriedatfirstsightsandiego.” When Alexis referenced her past relationships and claimed that she doesn’t see a similar spark in her relationship with Justin, fans were also quick to call out to her, “Not Alexis was referencing her past relationships… girls, they didn’t work out one.” specific reason. #MAFSsandiego #MAFS.”

Is there still hope for Alexis and Justin, or was this the last straw? Find out when the show returns to Lifetime on Wednesdays at 8/7c.