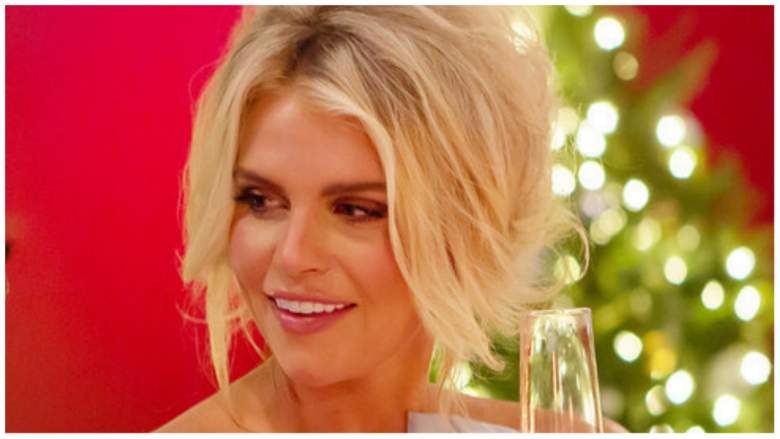 Madison LeCroy wore a stunning wedding dress for her wedding to Brett Randle.

The Southern Charm star, 32, exchanged vows with Randle, 36, on Nov. 19, 2022, just over a year after their engagement and three days after their legal wedding ceremony at the courthouse in Charleston, South Carolina. per person.

LeCroy and Randle wed in the Riviera Maya at the Chablé Maroma Hotel, according to Page Six. The Bravo star’s son Hudson, 10, was the ring bearer during the ceremony. Only family members and close friends were present, and Bravo’s cameras were nowhere to be seen.

LeCroy, who was previously married to Josh Hughes, never had a big wedding planned this time around. In early 2022, she told E! News that she planned on only having 30 people — just family and close friends, and none of her Southern Charm co-stars. According to Us Weekly, there was only one Southern Charm co-star, Kathryn Dennis, at LeCroy’s engagement party earlier this year.

“If it wasn’t for Hudson, we probably would have just eloped and [not done] a wedding,” LeCroy told People. “We kept it very small, no bridesmaids or groomsmen, just our nearest and dearest.”

As LeCroy and Randle traveled to Mexico for their official wedding ceremony, the bride-to-be revealed on her Instagram Story that she bought an extra plane ticket — for her dress. She captioned a photo of a Bergdorf Goodman garment bag, “We strongly recommend giving your dress its own seat.”

According to People, after trying on a ton of dresses at the New York bridal shop, LeCroy settled on a white Reem Acra gown that was adorned with floral appliques and a long tulle veil. “The first time I put this on I cried because I loved it so much,” she told the outlet.

For the reception, she dressed in a tuxedo lace Zimmerman mini dress.

LeCroy previously told Us Weekly that she plans to have multiple wedding outfits. “Honestly, I will wear as many dresses as possible. Definitely two looks for the day and then two looks for the rehearsal. I will probably change several times.”

LeCroy has protected her relationship with Randle, and he has yet to appear in Southern Charm — and probably never will. But the Bravo star was generous in sharing photos of her husband, including pictures from their wedding game ahead of the South Carolina game.

In photos posted to Instagram on Nov. 16, 2022, LeCroy and Randle posed in front of an outdoor gazebo in Charleston after they exchanged vows at a civil ceremony. The mother-of-one wore a short white strapless cocktail dress and veil and held a bouquet of flowers, while Randle wore a navy blue suit for her first ceremony.

In a video shared on Instagram, LeCroy and her husband later posed in a retro white Triumph convertible with South Carolina license plates. “It’s the final countdown…11/19/22,” the Southern Charm star captioned the post.