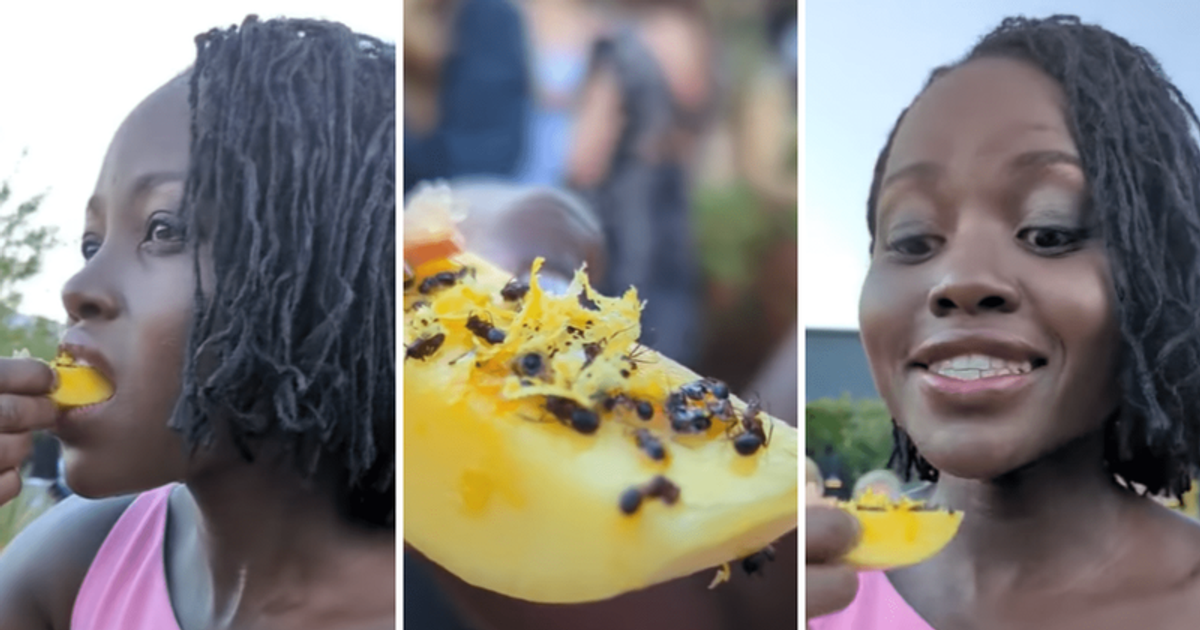 ‘You can call me Ant Woman!’ says Lupita Nyong’o in a clip shared with her almost 10 million fans on Instagram

Several unusual delicacies are served around the world, and Oscar-winner Lupita Nyong’o got to try one while attending a dinner series event hosted by non-profit organization MAD and Audi. The Hollywood biggie got some action for her taste buds when she tried a slice of mango sprinkled with ants.

The 39-year-old actress shared a short video on Instagram in which she tastes a unique delicacy. In the clip, the ‘Us’ star can be seen feasting on the fruit, but not before showing it to the camera. We could see ants laying on the mango slice as the actress took a bite of the snack. Social media users had a mixed reaction to Lupita Nyong’o’s latest stunt.

“She took suitcases with clothes with her”: Meghan Markle used the Rwanda trip as a backdrop for a fashion shoot, the book says

Lupita Nyong’o shares the clip with her almost 10 million fans on Instagram and excitingly says in the video: “It’s ants” while showing the delicacy to the camera. She adds: “It’s really good! It’s not even crunchy or anything” after taking a rather large bite. In the clip, the veteran actress said, “I ate ants,” while writing in the caption, “You can call me Ant-Woman!” while using the hashtags ‘#Marvel’, ‘#Ants’ and ‘#Foodie ‘.

During the event in Los Angeles, people could be heard discussing the culinary delight in the background. Shot at Restaurant Noma, the video is originally headquartered in Copenhagen, Denmark, where ants are a regular ingredient. According to the Daily Mail, they are served on top of prawns and beef tartare, among other things.

‘You can call me Ant Woman!’