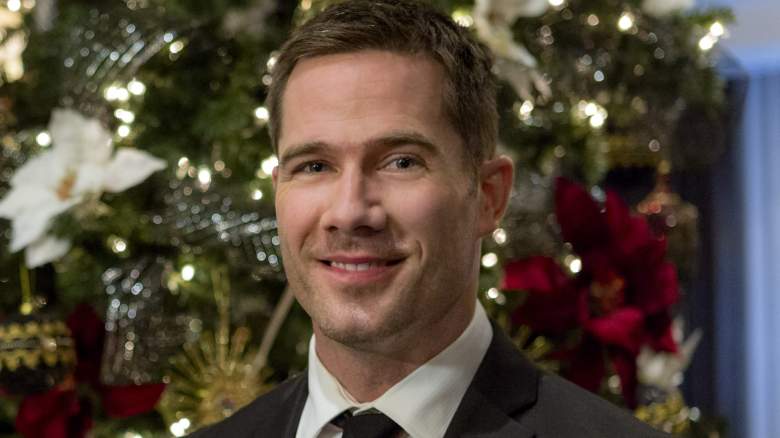 Luke Macfarlane recently revealed he probably won’t be doing any new Hallmark movies after his new movie in the holiday season. He also shared how the network reacted to news of his departure and big theatrical premiere.

“I’ve been doing romantic comedy with Hallmark for a long time and they’ve given me an incredible opportunity to kind of learn how to be in this genre… they’re really happy for me,” Macfarlane shared, according to People.

Macfarlane has a starring role in the new movie Bros, which at times offers a lighthearted poking fun at the romantic genre in which Hallmark operates. In fact, People reported that the film even has its own fictional TV network called Hallheart.

He told People, “I think Hallmark is also a place where they give people a lot of opportunities. They gave me, an openly gay actor, the opportunity to play a straight guy as usual, that was really cool of them.”

However, in an interview with the LA Times, Macfarlane broke the news that he will likely leave Hallmark after his new film, currently called Christmas Village. This will be his 14th film with the network.

“They’ve been very good to me, but I think I told my story with these people for now,” Macfarlane told the LA Times. “I mean, how many firefighters can I play?”

However, he is grateful for his time at Hallmark and genuinely appreciates all the opportunities he’s had, which he has shared in several interviews.

He told Yahoo, “Hallmark has given me jobs for a long time. And not just the gay best friend – they let me be a leading man. I will always be very grateful to them for that.”

Vanity Fair reported that Macfarlane’s multi-movie contract expires this fall. The multi-picture deal was announced earlier this year, Deadline reported. At the time, the announcement didn’t say how long the deal would last, only that it involved multiple films.

His new film, Bros, will premiere on September 30th. Universal Pictures wrote of the film, “Universal Pictures proudly presents the first major studio romantic comedy about two gay men who may, possibly, probably, stumble toward love. Maybe. They are both very busy.”

According to TV Shows Ace, he is directing the film with Alison Sweeney.

His first film with Hallmark was The Memory Book in 2014.

Crown Media has signed numerous stars for multi-picture deals with the Hallmark Channel. Andrew Walker signed an exclusive contract with the company. His deal is one of many including new deals with Lacey Chabert, Holly Robinson Peete, Brennan Elliott, Jonathan Bennett, Taylor Cole and Ryan Paevey.

Others have signed with GAC Media. Danica McKellar signed an exclusive three-year deal with GAC Media, and Jen Lilley and Trevor Donovan also signed deals with the network.