Luke Bryan’s wife confined to a wheelchair: what happened? 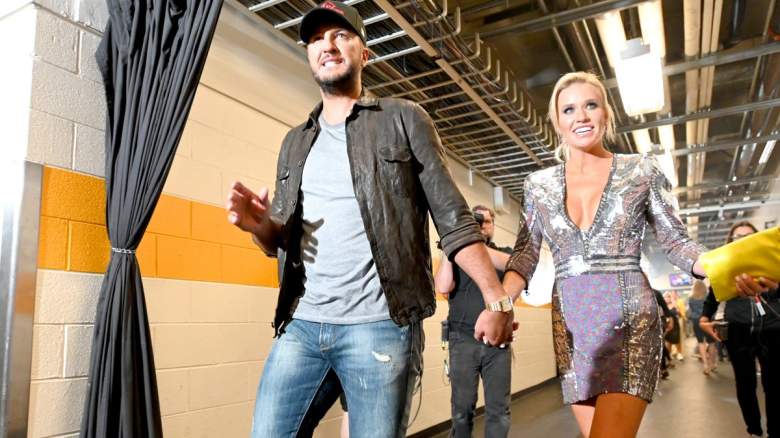 Fans of American Idol judge Luke Bryan have been concerned about the health of his notoriously spunky and sassy wife Caroline since she shared on Instagram that she had “unexpected hip surgery” and was being cared for by numerous girlfriends. She has now received additional education about what happened and why she is now in a wheelchair. Here are the details…

On Nov. 14, 2022, Caroline shared an Instagram photo of herself showing two thumbs up in a preoperative room, likely at the Bone and Joint Institute of Tennessee, which she tagged. She also included video of her friends tending to her while she stayed in bed, including one holding up a black and white T-shirt that read “Straight Outta Hip Surgery.”

Caroline wrote: “Well…unexpected hip surgery…. but I received the best care and was surrounded by the most selfless friends ever!”

Fans were stunned as Caroline, 42, lay in bed just days after accompanying Luke to the CMA Awards, which he co-hosted with Peyton Manning. In the post, many fans asked what happened, some jokingly blamed Luke, and others offering tips after going through their own hip surgeries.

On November 18, Caroline put an end to the speculation by posting a new video on her Instagram Stories, explaining the situation as she went out for fresh air in a wheelchair.

“Finally got out after a long week and these days I don’t walk, I roll in it,” she said, referring to her wheelchair. A friend walked alongside and in front of Caroline as she rolled down a long sidewalk.

“But I want to make a statement,” Caroline continued. “I know I said ‘unexpected’ surgery. It wasn’t unexpected. I just wasn’t ready to accept it. I’ve known for a month that I had to have it, so there was no emergency, no fall, no car accident.”

The 42-year-old mother then explained: “I had a torn labrum, hip dysplasia and a lot of arthritis. And so it had gotten so bad that we just had to fix it. That’s it. But I’ll do whatever they tell me to get better and get out of it…because this immobility isn’t for me.”

According to the International Hip Dysplasia Institute, labral tears are commonly caused by hip dysplasia, a skeletal alignment disorder in which the femoral head and acetabulum are misaligned. According to the Mayo Clinic, the labrum is a ring of cartilage around the outer edge of the acetabulum.

In a separate video that Caroline posted to her Stories on November 18, she was seen stretched out on an exam table. Luke’s voice was heard as the camera panned to the exam room windows and zoomed in on the one billboard that stood outside on the street.

Ironically, the billboard featured a giant photo of him and Caroline with the words “We’re proud to support our home hospital.” The billboard promoted Williamson Medical Center in Franklin, Tennessee, which hired the Bryans to co-chair a fundraiser to expand the hospital in March 2022.

Luke used the billboard sighting to lighten the mood in the exam room. He zoomed in on the billboard and said, “Well, here we are.” He then moved the camera to Caroline on the exam table and quipped, “And here we are.” Then he did the back-and-forth a second time, bringing everyone in Room for laughs, including Caroline.

Luke is probably taking time off to help with Caroline’s care; he won’t be performing again until November 30, when he opens a series of residency concerts in Las Vegas. Meanwhile, the casting for “American Idol” has been completed and filming for the 23rd season of Hollywood Week will not begin until early to mid-December.