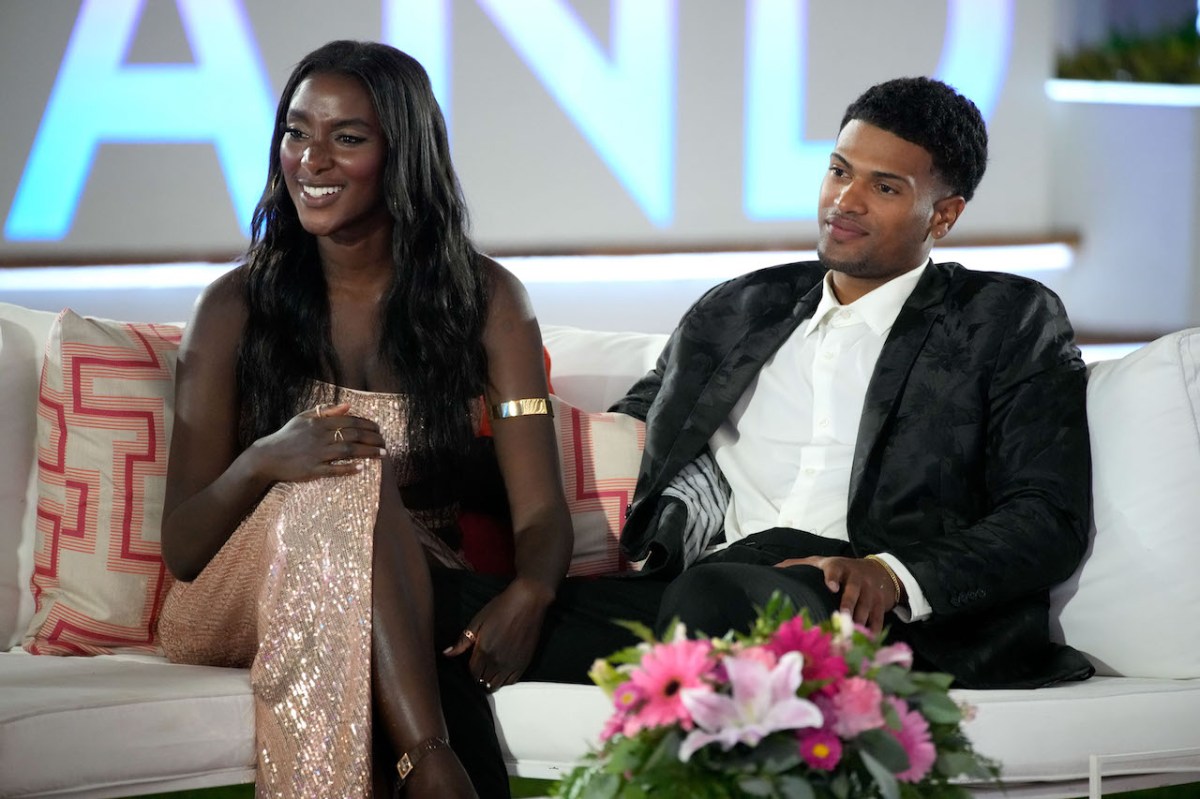 It’s no secret that some people carry on Love Island USA for fame and career. but Love Island USA Fans believed Timmy Pandolfi and Zeta Morrison were a real couple. Timmy claims the romance between them is over and it’s more business.

Season 4 ended with Zeta and Timmy winning America’s Favorite Couple. She claimed while other couples in the cast were around afterward, she was already noticing Timmy pulling away. He went to New York without her.

She also met his sister and was troubled by the advice she was giving him. “I remember a line she said. And she was like, ‘Yeah, I told Timmy, get a black girl. Like America loves that,’” she told Murad Merali. “And you know, he said when I told him about it, he said, ‘Well, of course! My mother is black. My sister loves black women.’”

“And I’m like, OK, awesome,” Zeta claimed. “But why didn’t she tell you, just go on the show and find out who you’re really flying with?” She said she wondered if it was all gameplay for him.

Timmy responded to the claims Zeta made about their relationship. He claimed there was an “understanding” between them that Zimmy was more of a brand than their actual romantic relationship.

“All of our arguments were like very heavy and fiery,” Timmy said to his friend. “There was a lot behind it, and we both just didn’t want to give in. It was like a tug of war, man, like a tug of war. And that’s okay. She held her own, but in the middle she was still able to keep the business going. So she was a great business partner because we knew we didn’t want to move on after those fights, man, the romantic thing stops.”

“It was understanding,” he claimed. “She knew we didn’t communicate that way. At that time we didn’t get in touch. We haven’t posted. People kept asking us, “What’s up, are you guys dating?” All this, that, and the third. None of that. And there was a clear understanding within our dynamic that it wasn’t.”

“We were both able to put business first without jeopardizing the Zimmy name,” he continued. “Well, you know, she does her blog. She talks about the relationship. She talks about it very haughtily, like she’s doing her part to monetize her part of the relationship you were in. We were in that limbo where it’s like we’re not making any steps forward in that one category, but we were focused on business, and we handled everything like business, bro.”

Zeta said the relationship was real to her but was confused when Timmy distanced himself from her. She claimed that she decided to end things where he wanted them to continue.