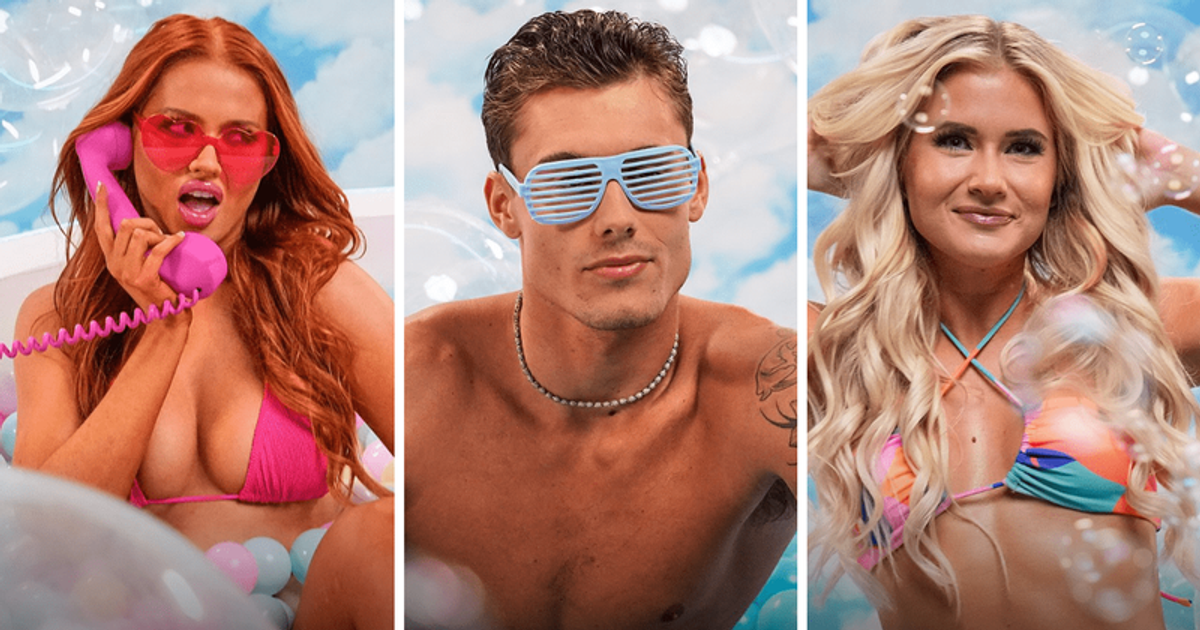 Less than a week until the release of the brand new season 4 of ‘Love Island’, Peacock has finally unveiled the list of 10 sexy singles who are set to spend this summer in a luxurious coastal California destination in hopes of finding love and potentially a chance to win the coveted $100,000 prize at the end.

With new host Sarah Hyland and narrator Iain Stirling at the helm, ‘Love Island’ season 4 features 10 young singles dubbed ‘islanders’. These islanders must be paired throughout the show, occasionally completing various challenges assigned to them. The show’s goal is to stay together through the end of the season, with the winning couple receiving a cash prize and possibly a new romantic perspective. “The islanders will also be at the mercy of viewers at home, who will vote on who gets another chance at love and who leaves the mansion heartbroken and empty-handed,” the Peacock press release read. So if you’re wondering who these young happy islanders are, then read on to find out all about them.

Deborah Chubb is a 26-year-old personal assistant from Redondo Beach, CA. This Dallas native claims Justin Bieber once flirted with her in the elevator! Unfortunately, her affinity for bad boys with a bouquet of red flags means she’s not exactly happy when it comes to romance. Deborah reveals that the last four men she dated all married after her, earning her the nickname “Good Luck Chuck”. After enjoying being single for five years, Deb is ready to find love and this time she’s looking for someone who will appreciate her.

Sereniti Springs is a 28-year-old bartender from New Orleans. This California native is all about great teeth and even fetishizes them. She doesn’t care if they have veneers. “Steve Harvey come on bite me!!” she cheekily adds. Sereniti couldn’t be more relatable as she lists crying as her hobby. Her alter ego is the “Hype Fairy” or “Destiny”. Alex Landi is her celebrity daddy crush. A self-proclaimed cowgirl at heart, Sereniti is looking for a guy who can “blow off her boots!”

Sydney Paight is a 22-year-old operations manager for a technology startup based in Los Angeles, California. Originally from Houston, Texas, Sydney considers Paris Hilton her greatest idol! Her famous crush is none other than Harry Jowsey. Her dream job is to be a dream woman without a job! Sydney had to receive six stitches on her chin after falling while intoxicated and smashing her face. She lists her smile and “perky butts” as her best qualities.

Zeta is a 29 year old babysitter/model from Los Angeles, California. Originally from Surrey, England, Zeta claims that she enjoys writing and is currently working on her autobiography. She names Idris Elba as her celebrity crush. After pursuing men based solely on their personality, Zeta tries to mix things up and go after men she’s sexually attracted to instead of personality in “Love Island.” She can speak “GA”. a Ghanaian dialect. Zeta also has a habit of talking to himself out loud. We can’t wait to hear their monologues.

Felipe Gomes is a 32 year old model from Sau Paulo, Brazil currently residing in Dubai. This handsome hunk loves to travel and has spent the last seven years traveling the world living in more than 10 countries. He loves to live in his speedometer. Felipe firmly believes he is a great lover and takes the 200 women he has slept with as proof of that. So what’s Felipe’s secret you ask? The model believes the easiest way to turn on a woman is to speak Portuguese. We can’t wait to see if any of the ‘Love Island’ ladies fall in love with him.

Andy Voyen, a 23-year-old realtor from Minneapolis, Minnesota. Andy loves fishing, skiing, tubing, basically anything he can “master” on a lake. While he’s naturally attracted to blondes, Andy is convinced that eventually he’ll end up with a brunette. He claims to be a very good poker and cornhole player. His celebrity crush is Margot Robbie. On “Love Island” he is looking for a confident, independent and trustworthy woman.

Jesse Bray is a 27-year-old courier from Houston, Texas. This Springfield, Ohio native is obsessed with milk. He claims to drink 3-4 gallons a week! If he could meet anyone in Earth’s history, it would be Socrates. He says it’s going to be a day of laughter. His famous crush is Karrueche Tran, and his secret is the ability to put both legs behind his head. Jesse would like to give his spirit animal bear a big hug.

Isaiah Campbell is a 21-year-old waiter from Sioux Falls, South Dakota. He currently resides in Delray, Florida. Isaiah is looking for a family oriented girl, alpha female, Kylie Jenner/Travis Scott relationship. “Both alphas with their own shit.” While he’s open about his love of cooking, he does list cleaning as one of his secret passions. A guy who likes to cook and clean? Well, while we’re not sure we’ll find an ‘alpha’ like Kylie, we’re sure Isiah will definitely turn some eyes, at least to Cardi B fans who captioned her “I don’t cook, I don’ t clean” take heart.

Timmy Pandolfi is a 29-year-old personal trainer and real estate agent originally from New York City but currently residing in Los Angeles. Timmy revealed that he learned to play the guitar while growing up in the church. His greatest fear is snakes and he loves to eat the back of shrimp tails. He loves shrimp so much that he eats the whole thing without leaving anything behind. So what is Timmy looking for in his future partner? He cites kindness as the most important quality besides being like his mother. This mama’s boy is looking for a woman who is as welcoming and calm as his mother. We wonder if any of the ladies on ‘Love Island’ fit Timmy’s bill.