Love is Blind: After the Altar Season 2 on Netflix: Where are Kyle Abrams and Shaina Hurley now? 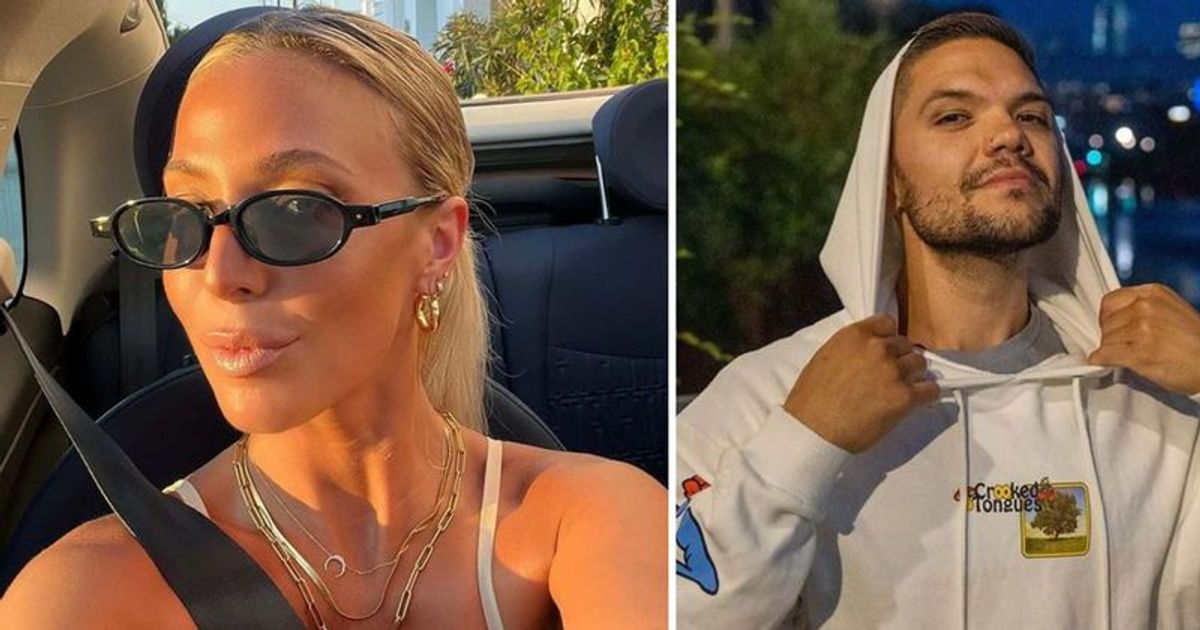 With just a few days left until the Netflix special premieres, let’s take a look at what Kyle Abrams and Shaina Hurley have been up to

Love should always be a pure feeling between two people. While some love stories are good examples of never-ending love, some of the couples are beginning to realize that their love story might not have stood the test of time. While watching Netflix series Love is Blind season 2, we saw how Kyle Abrams and Shaina Hurley tried their best to make it work, but their religious beliefs threw a wet blanket over their relationship, which was one of the main reasons for their separation was .

The former couple have happily moved on in their respective lives. Let’s take a look at where Kyle and Shaina are right now.

When will Good Bones: Risky Business be released? Here’s how you can watch the HGTV spin-off show

Where are Kyle and Shaina right now?

According to a March article in US Magazine, Kyle confessed that he wanted to push himself a lot harder with his other two loves. He also said that he gave up on that one person in particular and was upset that he wasn’t trying harder. Kyle said: “I think I would have tried more with my other two loves. I felt like I had given up on a certain person and I should have tried a lot harder. It’s actually a big regret of mine.”

Kyle said during the reunion special that he wished he had proposed to Deepti instead of popping the question to his ex-fiancée Shaina. Kyle shared: “The biggest regret is that I should have asked Deepti to marry me. That’s what I learned the most. I’ve had enough. I should have tried harder for you. I love her so much, she is the best. And I wish I could have seen what was right in front of me, and that’s what I regret most. I am sorry”.

According to Kyle’s Instagram updates, he’s been spotted at Sky Deck, Oak Street Beach, Chicago, Boston, Wrigley Field, Santorini, The Underground in Chicago, Old City of San Juan, and so on.

For those who don’t know, Kyle was single in the season finale when Shaina called off her engagement. The reason for their split was the couple’s wildly different views on religion, coupled with the latter’s previously lingering feelings for Shayne Jansen after he left the pods on the show.

For her part, in the same interview, Shaina said she only wished she had been more direct and open at the beginning of the show. She mentioned that she “could have been a little more direct from the start of the season.” “Apart from that, I have no regrets. It was an amazing experience,” she said.

Shaina revealed she’s in a serious relationship with Christos Lardakis after the show ended on an episode of the Viall Files podcast with host Nick Viall in March. She said: “He was amazing throughout the whole situation. I’m happy”.

The loving couple, who recently married on July 23, have been driving social media crazy with their squishy photos. Shaina posted a cute picture with her husband Christos on Sunday September 11th. Her caption mentioned how she felt so blessed to have Christos as her life partner as she quoted a line from the Starz series Outlanders. “You are blood of my blood and bone of my bone; I give you my body so that we two can be one. I give you my spirit until our lives are over,” the caption reads.

According to Instagram updates, Shaina has recently been spotted in Greece at Milos Island, Four Seasons Astir Palace Hotel, Nammos in Mykonos, Vouliagmeni, White Coast, Milos and Paros. She has also enjoyed her new life as a married woman in Chicago by visiting places like Soho House, The Peninsula and Nomad. She has also traveled to East Hampton in New York with her best friend Saira.

While Deepti got engaged to Abhishek “Shake” Chatterjee during the show, and Kyle hooked up with former fiancé Shaina, it’s clear that both Deepti and Kyle have fairly easily formed a stronger bond over time since their split because of their similar experiences Netflix, where this duo had also been each other’s second choices. While rumors from fans have suggested they could both be together, Deepti and Kyle are currently in agreement about it.

Deepti spilled some tea on her relationship with Kyle. In her June interview with US Weekly, she said, “All I can say is, you know, we’re going through this. We’re just finding out.”

Deepti said in the same interview that she and Kyle formed a real friendship with each other pretty easily. Both had a strong connection that was evident during the filming of the show. Deepti said: “A lot of people don’t realize that Kyle was actually my number 2 in the pod. So we had a connection during filming.”

She added that both she and Kyle leaned on each other for support. She said: “We just felt attracted to each other and we supported each other. It was just a thing that just happened. We’ve only gotten closer as we’ve spent more time together. You understand me. I understand you”.