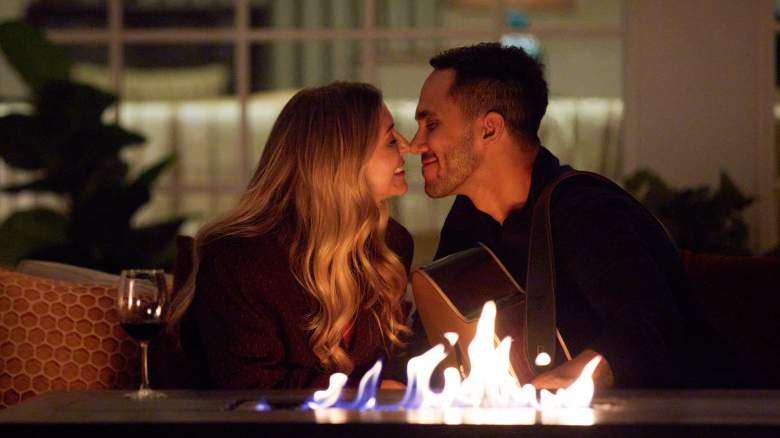 According to Crown Media’s press release, the synopsis for “Love in the Limelight” reads as follows:

Although the names have been changed, Summer and Nick’s love story is loosely based on Willie Aames and Winnie Hung.

In a Facebook post, Aames shared a post about “love in the spotlight,” writing, “No need to point out the details — those of you who know, know.”

According to IMDb, “Love in the Spotlight” is “Inspired by the true love story of Willie Aames and his wife Winnie Hung.”

In an interview for The Hallmark Channel, Carlos shared that the film was based on a true story.

In fact, Aames and Hung wrote the screenplay for the film.

“It’s not exactly how they got together, but it’s loosely based on their lives,” shared Carlos.

In real life, Aames and Hung were pen pals for 30 years, the Daily Mail reported. Aames was married twice before he and Hung married in 2014.

He said he first called Hung after reading her letter because he thought, “These girls will never get a call from whoever they text on TV, I will.”

He said after chatting for a few minutes, they decided to keep writing and remained pen pals for 30 years – without meeting in person, Daily Mail reported. He explained to Closer Weekly that at one point they lost touch and she reached out to him with a LinkedIn request “to see if you’re okay.” At that point, “she became my closest confidant,” he said.

While married, Hung was single but had insisted to Aames that they would always remain just friends, Closer Weekly reported.

Then one day a cruise ship he was working on happened to be in Vancouver where she lived, so they met.

He told Closer Weekly: “When I saw her, I literally couldn’t breathe. My knees started to weaken. We had the most amazing evening. It was like we’d known each other our entire lives—because we did!”

Closer Weekly shared that Aames was not only an actor but also a musician – much like his character in the film. He told Closer Weekly that when Eight Is Enough was big, he played in front of about 15,000 people and thought, “I’m not that good.” He said it was pretty surreal at the time.