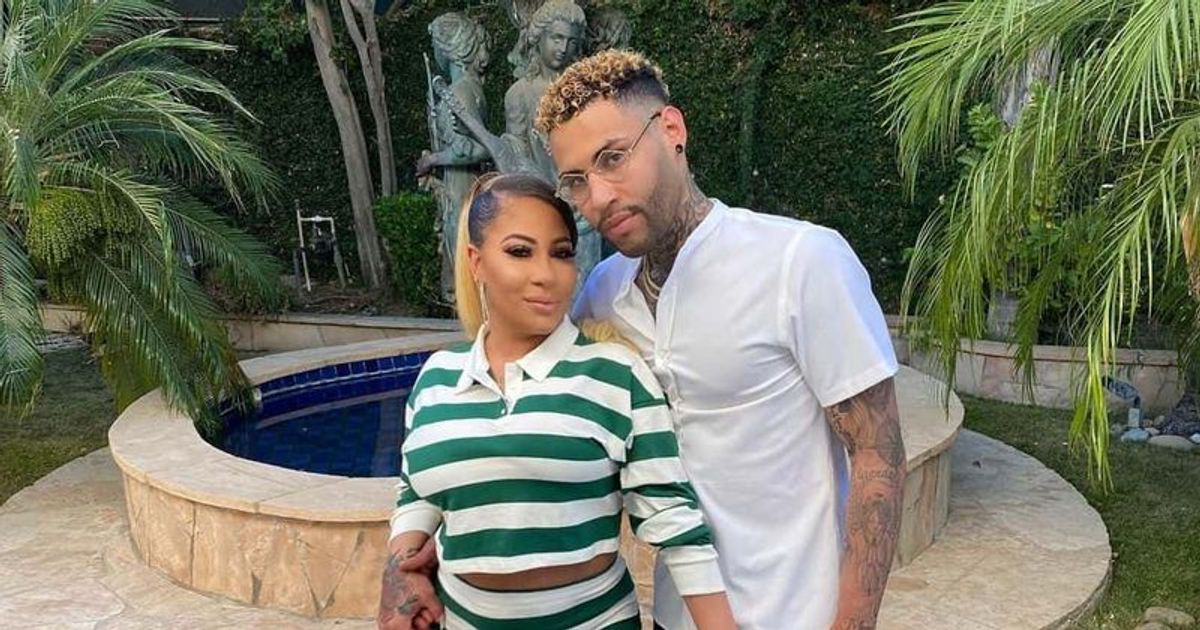 In a series of “disturbing” Instagram stories, the reality star revealed her husband’s abusive behavior towards her and their child and many cheating scandals

Warning: This article contains information about abuse that may be traumatic to some readers. Discretion is recommended

Former ‘Love & Hip Hop’ star Hazel E has split from her husband De’Von Waller. The reality TV star took to her Instagram account to share the shocking news while also shedding light on a devastating issue with De’Von. In a series of stories, the ‘Love & Hip Hop’ star revealed the truth about her husband’s abusive nature and his many cheating scandals.

Hazel, who shares a child with De’Von, has posted multiple stories on her Instagram account detailing the abuse she and her two-year-old daughter have been subjected to. The posts are shocking and show the couple’s daughter with an injury caused by her father’s assault. Hazel posted a story using the tone of her husband’s voice message to her, in which he calls her a “stupid bitch”.

Another story also includes footage of De’Von forcibly snatching away Hazel’s phone after she failed to tell him who was on the other end of the call. Hazel also posted a picture of her injured arm with the caption, “Today he banged my arm against the door.” There’s also footage of De’Von manhandling his infant daughter while he’s changing her diapers, saying, “I’m undressing you two frigging diapers on.” In another story, Hazel posted a picture of the duo’s daughter with one black eye and captioned it, “Imagine you’re in the hospital … and when your baby finally comes to visit, she comes with one black eye.”

The stories also included screenshots of Hazel’s husband’s chats with the women he cheated on his wife with. A screenshot included Hazel’s own chat with one of the women her husband was having an affair with. The wife, Nancy Ramos, came forward with information about the affair and wanted to be “nice” to Hazel by telling her what her husband had done.

Hazel even posted video of a text conversation with an unknown number, revealing scandalous messages with sexual connotations between De’Von and the unidentified woman about wanting to hook up.

Finally, Hazel ended the discussion by posting the message: “I didn’t want to have to bring it here! But I’ll be damned! You keep lying on me! And threaten my life and take my child! Over my dead body!!!!!!” In her latest revelations on Instagram, Hazel has confirmed that she and De’Von are splitting up.