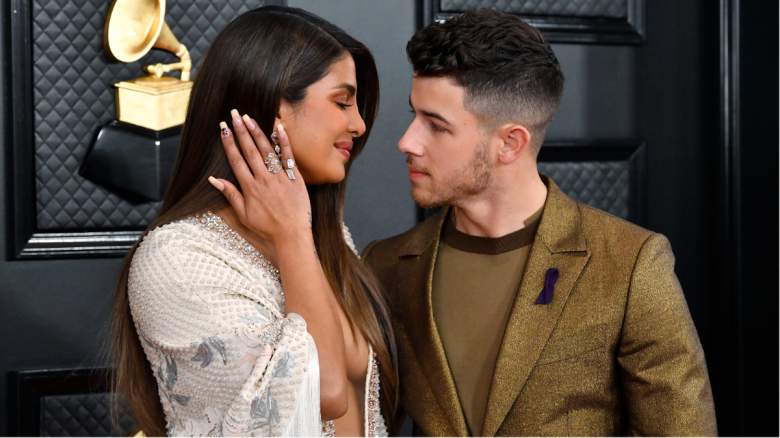 Nick Jonas and his wife Priyanka Chopra celebrated their first Father’s Day together as parents in 2022.

The former The Voice coach and his wife welcomed their first daughter, Malti Marie Chopra Jonas, via surrogate on January 15, 2022.

On Jan. 21, 2022, Chopra and Jonas both shared an Instagram post that read, “We are delighted to confirm that we have welcomed a baby via surrogate. We respectfully ask for privacy at this special time as we focus on our family. Thank you very much.”

“First Father’s Day with my little girl,” he wrote. “Thank you @PriyankaChopra for the amazing father daughter sneakers and for making me a daddy I love you so much. Happy Father’s Day to all the dads and carers out there.”

“Happy 1st Father’s Day my love,” she wrote. “Seeing you with our little girl is my greatest joy… what a great day to come home to… love you… here’s to many more.”

Nick has replaced Shaquille O’Neal in an upcoming NBC competition series titled Dancing With Myself.

The NBA legend decided to leave the show after technical difficulties caused filming to be pushed back from the original start date. Nick, who has experience working with NBC as a coach on The Voice, will take O’Neal’s place, according to Deadline.

According to the original press release about the competition, the show is “the ultimate family-friendly, spirited competition that brings out the performer in all of us.”

Every week, amateur dancers compete in dance competitions designed by Shakira, Nick Jonas and Koshy. The dances are then performed in front of an enthusiastic audience, who decides which of the contestants became the “Best Dancer of the Night” and takes home the top cash prize.

“I’m delighted to be part of a dance competition that places so much emphasis on creative movement and translating it into personal expression, not to mention how it contributes to the sense of community,” Shakira said, according to the press release. “Personally, I’ve been blown away by some of the talent I’ve seen thanks to people accessing their own platforms through social media. Dance has been an incredibly powerful force my entire life and I strive to show the world how transformative, empowering and entertaining it can be.

The Voice is set to return in fall 2022, and it’s also possible that the show will return for another season in early 2023, although there have been no official announcements about that just yet.