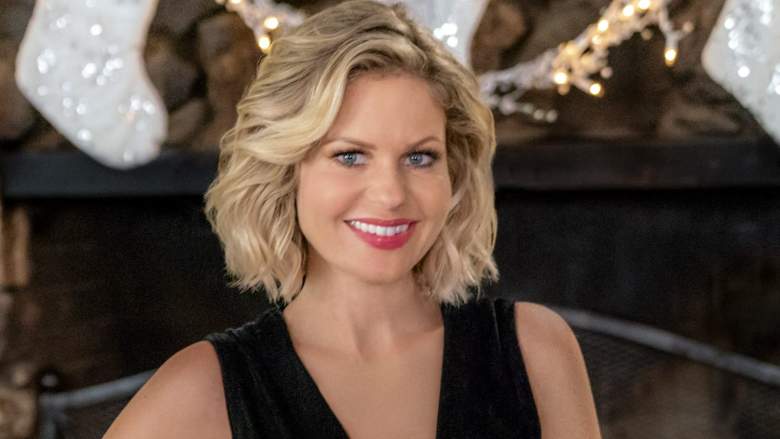 Candace Cameron Bure is about to start filming a new movie for Great American Family (formerly known as GAC Family). It will be her first GAF Christmas film since leaving Hallmark. A recent casting call for the film was specifically looking for various characters of any ethnicity, including a gay couple. The listing was later removed, but it’s not clear why.

The casting call was posted on Oklahoma Film & Music’s website. The listing began by stating that this was a faith film starring Candace Cameron Bure and they were looking for extras for filming on Friday September 23rd.

Bure is currently working on a Christmas movie for Great American Family.

The casting call was noticed by several people on social media, including the @SleepyKittyPaw Twitter account, which is known for sharing accurate news about upcoming Hallmark and other similar productions.

After the casting call was noticed on social media, it was apparently removed. The original link takes you to a 404 page. However, the original webpage may still appear in Google’s cache or in the screenshot below.

A few other casting calls for the film are still listed on the site, so it’s not clear why this one was removed. A listing sought photo doubles for the film. Another list sought the first extras for the film, including guests who attended a filming open house on September 23.

According to a press release about the film, Bure will star alongside Marc Blucas in A Christmas…Present. Blucas is also a well-known Hallmark star.

The press release reads: “In A Christmas…Present, Bure and Blucas play Maggie and Eric Larson, professionals and parents of a busy family who make the decision to travel to visit Maggie’s widowed brother for Christmas. Everyone in the family has different expectations when it comes to vacations. Through a series of transformative events, Maggie is learning to embrace the reason for the season.”

This is Bure’s first project with her group, Candy Rock Entertainment, since joining Great American Media. She is producing the project along with Jeffery Brooks, Ford Englerth and Gerald Webb. Rick Garman wrote the screenplay and Lesley Demetriades is directing.