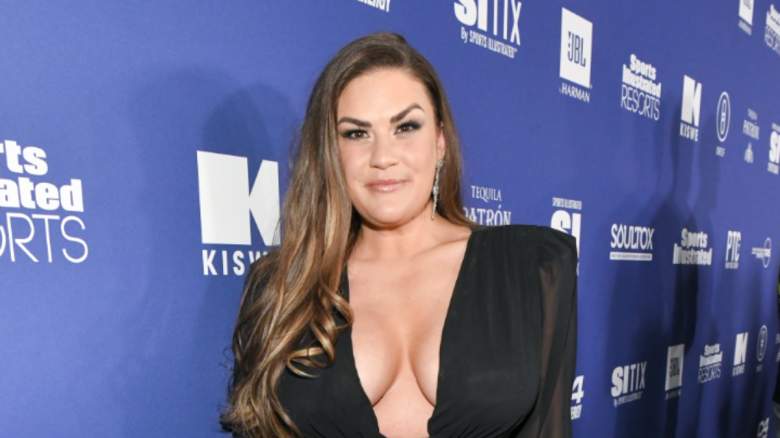 Former Vanderpump Rules star Brittany Cartwright showed off her weight loss in a little black dress on the red carpet.

On July 25, 2022, Cartwright shared a series of images from the opening of The Hideaway in Beverly Hills. She attended the event with her former co-star Kristen Doute. The women both wore black outfits, with Cartwright wearing an off-the-shoulder black vinyl mini dress by House Of CB and shoes by Jimmy Choo. Doute wore black pants and a black crop top. They were joined by PR agent Lori Krebs.

Cartwright is a spokeswoman for Jenny Craig and has been vocal about her weight loss journey.

“I want to be the best version of myself for my son,” she told People in January 2022. I want to feel like my best self again in all aspects, including mental and physical health.”

Since then, she has spoken out about comments from fans about her weight gain and how sensitive she was in response to it.

“I definitely gained a lot of weight when I was pregnant. … I definitely gained more weight than I expected,” Cartwright said on the Betches Moms podcast in June 2022. “I think because I was on a reality show people were used to seeing me so skinny and they couldn’t believe how much weight I had gained. People said how great I was, that Jax was leaving me, that he was cheating on me. … I was hearing other things all the time.”

She added: “Everything swells when you’re pregnant. … It was a lot … I was very sensitive.”

On June 30, 2022, she announced that she had already lost 39 pounds via her Instagram story.

Fans reacted to the images in the three separate posts, mostly in favor of Cartwright’s changing physique.

Cartwright’s former co-stars have been some of the most supportive.

The fans also reacted to the new body.

“Why does she have to lose weight to look hot?!? Hold on!” someone wrote on Cartwright’s post. “She was beautiful through all stages! Before mom…pregnant…after mom! Stop judging people by what they look like my goodness! She just is great person. PERIOD! Ugh!”

“Your hard work has paid off, dear! Fit Queen,” someone said.

“Damn girl, you look great! Gorgeous inside out!” wrote another fan.

“You have always been beautiful, you look stunning! You make the dress look sooo good! I hope you feel just as great,” said one fan.

“You inspire me,” someone commented.

“This body is EVERYTHING,” said another person.

“You girls look so beautiful,” wrote one fan.