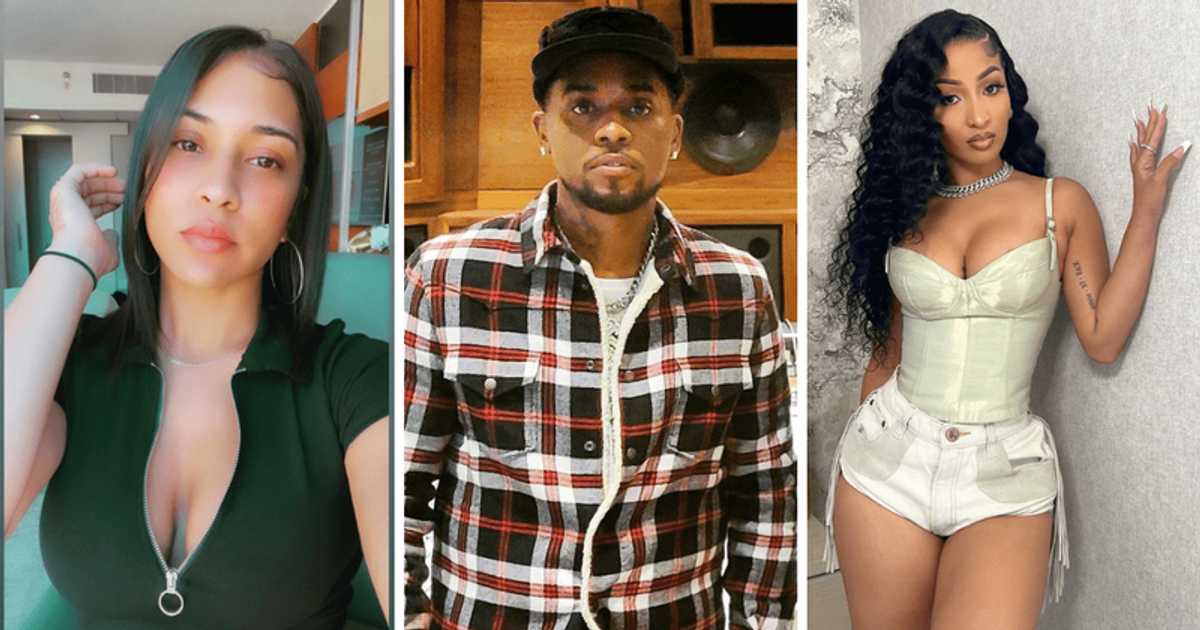 In a series of stories published by Eboni Ivori, she claimed that Shenseea made Eboni’s daughter call the singer “mother”.

London Tyler Holmes aka London On Da Track’s “Baby Mama”, Eboni Ivori, is making some serious allegations against the singer’s alleged girlfriend, Chinsea Lee, popularly known as “Shenseea”. On Monday, Eboni, the mother of London’s eldest child, daughter Paris, posted a series of stories on Instagram accusing Shenseea and her son Rajeiro Lee of “strange” behavior. While Eboni didn’t specifically provide the details of Shenseea’s son’s supposedly odd behavior, she did state in her stories that the Jamaican singer made Paris call her “mother,” which Eboni disapproved of, prompting her to slam Shenseea.

In the many stories Eboni has posted, she said things like, “One of the main things that went through my mind is that not everyone is as real as I was raised. People are troubled and disgusted with their upbringing and surroundings or maybe just plain devilish.” She tagged Shenseea in her stories and wrote, “I say it loud and clear and I mean it from the bottom of my heart @shenseea you and your little bad son, stay away from my daughter,” the singer and her son told them to stay as far away from their daughter as possible. She added: “@shenseea you need to talk to your son and get him into therapy before he grows up and gets in real trouble. In the meantime, I’ll say one more thing loud and clear @shenseea, keep you and your son away from my daughter for the rest of your life.” Eboni also hinted that she contacted Shenseea and her people, but received no response. In the past, Eboni had also similarly “attacked” London’s ex Summer Walker on Instagram.

Fans on Instagram were quick to chime in on the feud as many speculated that Eboni might have accused Rajeiro of sexual misconduct. But since Eboni hasn’t revealed the details of Rajeiro’s “strange” behavior, it’s just speculation for now. But one thing is for sure: fans will certainly disapprove of Eboni’s “very public” stance on the matter. Most believed that if Eboni’s allegations were so serious, posting them on social media wasn’t the right response. Some even accused her of wanting attention, as Eboni is known for pulling people London is dating to Instagram. She previously fell out with London’s “other baby mama”, Summer Walker, while Summer confronted Eboni about “stalking”.