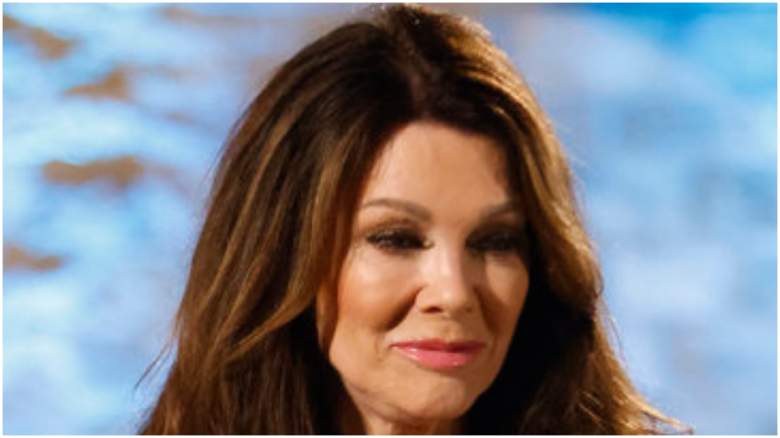 Lisa Vanderpump opened up about Brittany Cartwright’s recent claim that she has stopped speaking to her and Jax Taylor.

In December 2020, Cartwright and Taylor announced a joint exit from “Vanderpump Rules,” and Vanderpump later implied that the exit wasn’t her idea. In a video interview with Us Weekly, Vanderpump was asked if she was surprised by the duo’s decision to leave the Bravo reality show, and she replied, “Was I what surprised? you decided? Well, if you put it that way, yes. I would have been really surprised.”

Since then, fans haven’t seen the bar star with her former co-stars at all, but they’ve been rumored to not be on speaking terms.

In July 2022, Vanderpump opened up about her relationship with Cartwright and Taylor, who welcomed their son Cruz in April 2021. The restaurateur told Us Weekly that she caught up with the couple last year.

“I’m sure they do [want to stay in touch], but I sent them a beautiful baby gift,” the SUR owner told the outlet. “[It was] hand-embroidered with the baby’s name.”

Vanderpump also pointed out that her former employees have her number and could contact her if they wanted, noting, “I’m always there. It was never me to really reach out to her. Aside from the birth of the baby, I never reached out.”

Vanderpump added that she has “thousands” of employees who have worked for her over the years and she can’t maintain close relationships with all of them. “It can’t go on forever,” she remarked.

“But naturally, through this journey on this show, I’ve done that,” she said of her ongoing relationships with some of her workers. “So when they had the baby I reached out with all the personalized gifts and everything, even though they didn’t work for me anymore because I love them. I do.”

During an appearance on the Girls Night With Alexis Waters podcast in June 2021, Cartwright said she hasn’t heard much from LVP since leaving “Vanderpump Rules.”

“I didn’t talk to her as much as I thought I would,” the Kentucky native said at the time. “I love Lisa. I looked up to her so much, always have. I’ve always been one of their biggest fans. I thought we might keep in touch a little more. “

Almost a year later, during a May 23, 2022 interview on the Behind the Velvet Rope with David Yontef podcast, Cartwright revealed that she still hasn’t heard from Vanderpump.

“I absolutely love Lisa and think she’s amazing,” Cartwright said on the podcast. “I used to look at her so many times. We got a present from her when Cruz was about eight weeks old. So she sent some gifts and stuff like that.”

Cartwright revealed she contacted her former boss after suffering a horseback riding accident earlier this year. In January 2022, Vanderpump was thrown from her horse and suffered multiple serious injuries, according to Page Six.

“I checked on her every time she had her accident with the horse and stuff,” Cartwright told Yontef. “And she said she misses us and stuff, but we don’t hear from her as much as I thought, which is kind of sad.”

Taylor appears to have written off his former boss. During an Instagram Live, the former SUR bartender said Vanderpump “isn’t enough.” “I’ve done my part. I got in touch,” he said, according to Reality Blurb.

During another Instagram Live in 2021, Taylor revealed that he doesn’t care about being in a relationship with Vanderpump. “I’m not talking to Lisa now, I haven’t spoken to her,” he said last year, per the Showbiz Cheatsheet. “She’s in her own world, and I’m not really…she’s another one that could, uh, interest me less. She is in her own world. Nothing against her. I just don’t care either way.”