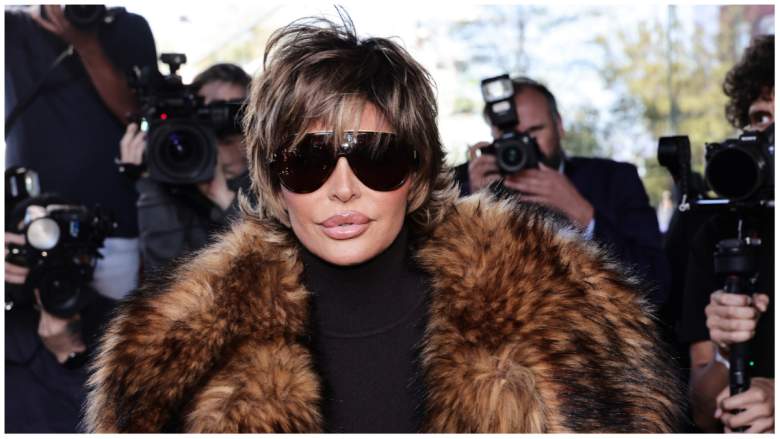 Lisa Rinna had a rough final season on The Real Housewives of Beverly Hills, but her exit wasn’t about her feud with Kathy Hilton after that explosive cast trip to Aspen — at least according to her husband.

In January 2023, Rinna’s husband Harry Hamlin claimed that Rinna made the decision to leave the Bravo reality show after viewers took Sutton Stracke’s page about her story about an invitation to Elton John’s annual charity gala, according to a source for Page Six.

The outlet reported that Hamlin was overheard telling a friend that Rinna “had all the receipts from that night” and had planned to show them at the season 12 RHOBH reunion, but her proof was never shown on air . Hamlin claimed that IMDb, and not Stracke, provided him and Rinna with tickets to the Elton John AIDS Foundation’s 2019 Academy Awards party.

According to BravoTV.com, Cohen has confirmed that Rinna brought an envelope with her receipts to the RHOBH reunion, but that he didn’t have time to engage with her.

“We talked about it and she pulled out the receipts and we cut the whole thing down because we were done talking about the Elton John AIDS Foundation. How enough is enough,” Cohen said on his Siriux XM show “Andy Cohen Live. “Many decisions were made in the editing to reduce many conversations.”

The drama between Rinna and Stracke began after the Sutton boutique owner made a guest appearance on Watch What Happens Live in 2021 and claimed she bought expensive charity gala tickets for Rinna and her husband Harry Hamlin.

“A few years ago, Harry and Lisa both came to the Elton John Gala, I invited them,” Stracke claimed on the Bravo late night show. “And they came with me as my guests. I never got a thank you.”

When the live WWHL episode aired, Rinna responded to her Instagram story to dispute Stracke’s claim to the $10,000-per-seat charity gala.

“We didn’t come as your guests @SuttonStracke. @EltonJohn invited us to his event, you asked us to sit at your table. So we did. Let’s just get that straight,” Rinna wrote. “We’ve been going to the fabulous Elton John Oscars party for years,” she added.

After Cohen told Stracke that Rinna had posted that she hadn’t attended the event as her guest, Stracke said they would have “words” about it, then insisted, “I bought them for her. Maybe they didn’t know that I actually bought those tickets for them. So maybe there was a misunderstanding.”

But Rinna also posted a photo of her and Hamlin in a black tie at the gala, according to Bravo TV. “Guests from Elton, not Sutton,” she captioned the picture. “But I love that Sutton bought a table and all the money went to @eltonjohn’s AIDS Foundation. It’s good!”

Stracke later told Us Weekly that she didn’t expect the ticket story to “explode” like this. “It’s not a big deal,” Stracke added. “I’m not mad at her for not sending me a thank you note. I just texted her, you know, ‘It’s no big deal.’ but [it] appears [like] maybe it’s a bigger thing for them.”

In January 2023, Hamlin told People that Rinna’s exit from RHOBH was a joint decision between her and Bravo. The actor added that it was the “right decision” for his wife. “I think she took it as far as she could take and she upped the show,” Hamlin said.

Rinna told Interview magazine that he “knew” it was time to go after filming the season 12 reunion with Cohen and her co-stars.

The Rinna Beauty founder added that the world of housewives has become “unhealthy” in recent years. “It didn’t work for me,” she explained. “It wasn’t right for me.”