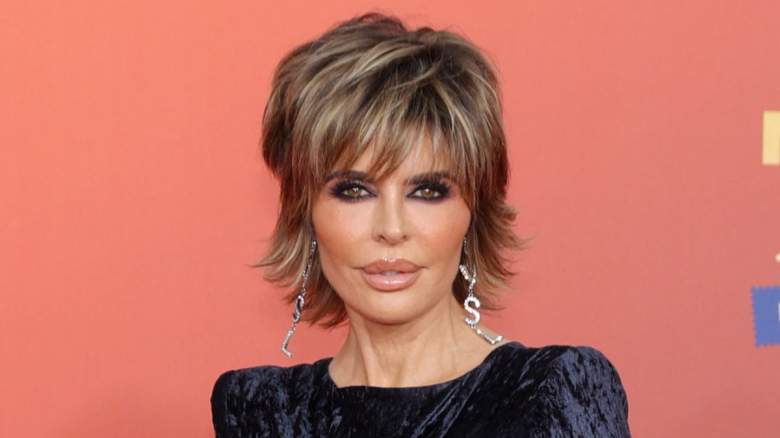 From The Real Housewives of Beverly Hills to the 2022 New York Fashion Week runway.

On September 12, Lisa Rinna walked the runway at Priscavera’s SS23 fashion show in New York City. The 59-year-old wore a long white dress and had her hair slicked back with a heavy look as she strutted down the catwalk.

Rinna posted several photos, videos and screenshots from an interview highlighting her time as a NYFW model, including one in which she wrote, “Honey, if you’re 59 and asked to walk a runway show, say you yes!!! !!!! @priscavera #nyfw @maddeostlie love you.” Here’s one of the posts showing Rinna on the runway:

While Rinna received plenty of support for her posts showing her modeling in the runway show, many others slammed the Bravo star for her look and walk. “Rinna walks like me when I’m pretending to be a top model at home,” someone wrote. “Very amateurish and no grace at all. The arms shouldn’t be swinging so crazy.”

Another person said, “She’s trying sooooo hard and it shows.” One commenter wrote, “Rinna is trying so hard to live out her fantasy of being a supermodel.” Another said, “What kind of people attended ?” Another slammed the bravolebrity: “Get over yourself.”

Rinna also posted some photos from the Interview Magazine article about her, including one showing her backstage at the fashion show, showing her middle finger to the camera. “Why is she sticking out her middle finger? That’s not classy!” someone said. Another person wrote, “Wow it stays really classy smdh.” One commented, “When you zoom in your pics are scary.” Another agreed, “Scary face.”

One person wrote: “You and Ramona [Singer] have the same runway eyes.” Many people wrote that she was “tacky,” and one person commented, “She’s so tacky.” Another wrote, “So trashy. What an embarrassment for your family.” Someone else said, “Keep it trashy.” One person said, “So damn trashy.”

Speaking to Interview Magazine about her NYFW performance, Rinna told the publication she had “so much fun.” She shared, “I said I’m going to pretend I have a shot of tequila, but I didn’t. I wish I had, but I just had to go along with it.” She spoke about the decision to appear on the runway:

Rinna said she was “very aware” of her body because of his advice. “You hold your stomach, there’s all this stuff,” she shared. “He says, ‘Relax your face.’ When I finally did, I thought it was very helpful.”

Rinna described her look for the runway show as “kind of classy old school. Tom Ford Gucci 1996.” She also said that being considered a “bad guy” at RHOBH may have contributed to her being asked to appear on the runway show. Magazine asked the Bravo star, “Do you think it paid off being the villain because you’re the only person on the show I’ve seen this fashion week?” Rinna simply replied, “What do you think?”