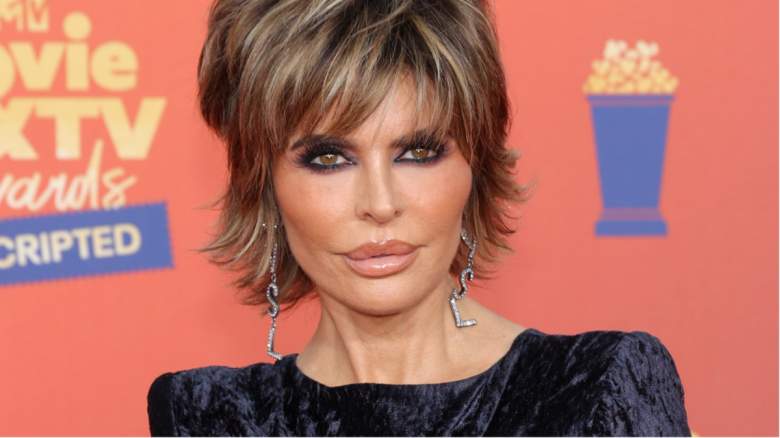 Lisa Rinna is the subject of a Reddit thread after her latest ad for Rinna Beauty was posted. The ‘Real Housewives of Beverly Hills’ star has teamed up with her daughter Delilah Hamlin for a new lip kit collab.

The news that the collaboration is going down came on May 18, 2022. “NEW NEW NEW! Meet the three latest products to join the #RinnaBeauty team: Frosted Icon Collection Lip Gloss in ‘Firecracker’, ‘Pretty Please’ and ‘If Looks Could Kill’,” reads the caption of a post on Rinna Beauty’s official Instagram .

The mother-daughter duo did a photoshoot together for the Frosted Icon Collection lip gloss and some of the footage was shared on social media. However, there was one look in particular – which saw Rinna in a long brunette wig, a pair of ripped jeans, a black corset top and a pair of white pumps – that got fans talking.

In honor of Delilah’s birthday, Rinna Beauty pre-ordered the soft muted nude pink Delilah Lip Kit. As part of the announcement, a video of Delilah and her mother was uploaded to Instagram, and a photo from that shoot was the choice for a billboard that was shared on Rinna’s Instagram feed.

An article from Yahoo! Life cited some comments on social media where people felt Rinna and Delilah looked “more like sisters” than mother and daughter. Someone took a screenshot of the post and shared it on Reddit, where RHOBH fans tweeted about the ad.

“I want to tell her that she looks like her mom who’s desperately trying to look like her sister…which is a significant step down from actually looking like her mom,” one person commented.

“Screams Desperate makes your daughter shine unless she ‘needs the Rinna’ to get likes,” added another Redditor.

“I don’t want to be twins with my mom like that,” said another.

“Can someone please tell Rinna not to purse her lips?? They’re already so stuffed that when they’re relaxed they look tucked up,” a fifth comment said.

Rinna has teamed up with her other daughter Amelia Gray Hamlin for the Amelia Lip Kit, which was released by Rinna Beauty on November 29, 2021.

Back then, Rinna and Amelia did a photo shoot where they both wore jeans, tight black tops and tons of accessories while using a motorcycle as a prop. The feedback on these photos seemed to be more positive.

“When I see these pictures, I’m not afraid of getting older, thanks for that!! Damn yes!!” read a comment.

“Timeless girl you are immortal you look even younger with long hair,” added another.

“@lisarnna you are such a f***ing knockout,” wrote a fourth Instagram user.