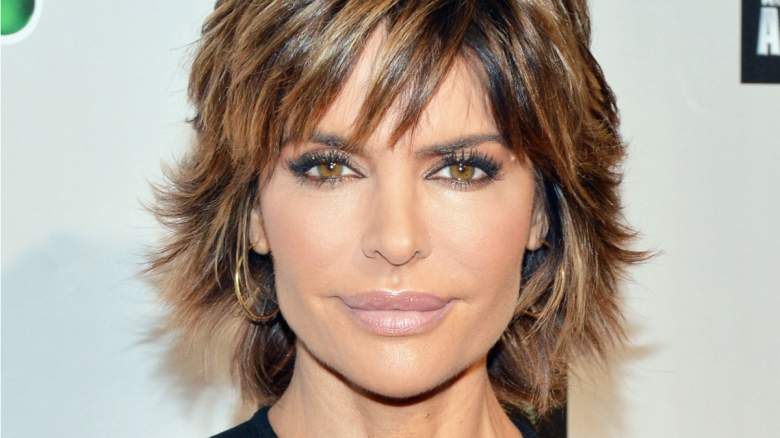 Lisa Rinna was asked if she had any regrets during her time on The Real Housewives of Beverly Hills and decided to respond on her Instagram Stories.

The confession came on November 11, 2022. “Someone just asked me if I have any regrets for the past 8 years on the show,” Rinna wrote over a photo of herself in a pink dress.

“Only one,” she continued. “Jolanda. I would change that. That was very wrong. On all levels. That should never have happened.”

Rinna was referring to the time she accused Yolanda Hadid of having Munchausen Syndrome. At the time, Hadid was suffering from Lyme disease. All of this went down in Season 6, causing a lot of pain for Hadid — and a lot of backlash for Rinna.

“Last year you labeled Kim, you labeled Brandi [Glanville] and now you’re tagging me,” Hadid told Rinna during a RHOBH episode in 2016. That was Hadid’s final season on the show.

Over the years, Rinna has become a polarizing character on The Real Housewives of Beverly Hills. While she has plenty of fans who love her and think she’s spot on with her assessments of her co-stars, there are plenty of people who don’t like her — many of whom want Bravo to sever ties with her.

And while Rinna has had beef with several of her castmates, from Denise Richards to Kathy Hilton, she doesn’t regret anything else she said or did on the show.

“Everything else I own and probably wouldn’t change,” Rinna said on her Instagram Stories. Perhaps unsurprisingly, this upset many fans, who think Rinna has many more regrets.

“Don’t get me wrong, I wasn’t a huge fan of Kim, but I feel like Lisa owes her an apology, which makes her sobriety a bigger issue than what it was,” one person said tweeted in response to Rinna’s statement shared by the Queens of Bravo Twitter account.

“So she has no regrets about using a teenager’s sexual assault to attack her mother. She’s a clown,” someone else wrotewhich refers to Rinna posting something about Paris Hilton to get back at Kathy Hilton.

Rinna, who accused Hadid of faking her illnesses, was extremely hurtful, and Hadid said so in her memoir, Believe Me, released in 2017.

“That’s such a hurtful word, it makes me angry. Why would anyone make such a distorted and untrue statement regarding my health journey? Especially in front of my friends and millions of viewers?” she wrote, according to E! News.

“It is simply unscrupulous for my supposed ‘friends’ to doubt and discredit my word on such a delicate and delicate matter. But it’s a thousand times worse and hurtful when they say Anwar and Bella don’t have Lyme disease.”

In an October 2022 interview with Entertainment Tonight, Hadid said she had a very tough time when she was with RHOBH. “I was fighting for my life,” she told the outlet. She also spoke about the season 12 Rinna/Hilton drama.

“I feel sorry for Kathy because I was in her shoes. Sorry [for] what it does to her family with Kyle [Richards] and kim. It goes deep, doesn’t it? And why? Because you want camera time,” Hadid said.