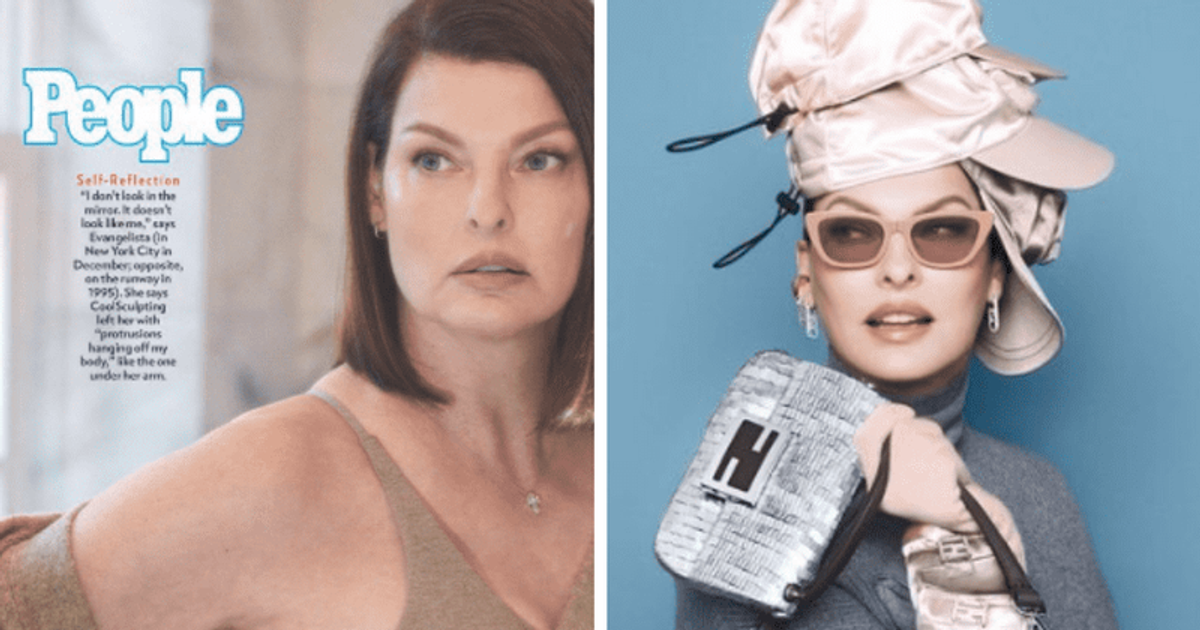 The modeling world has often been criticized for promoting a false sense of beauty. The industry pushes their models to push boundaries just to maintain their looks. Even big names like Vogue used to get pulled down when a couple of models revealed their bizarre diets ahead of their catwalk shows.

1980s supermodel Linda Evangelista is a living example of the consequences models face in order to keep their jobs. The supermodel, who once said she refused to wake up on less than $10,000 a day, is now unsure designers might not want to dress her. She recently cleared the air as to why she has been missing from action for five years while her peers’ careers have thrived. She said, “I don’t think designers want to dress me in that,” referring to the current condition she’s suffering from after her plastic surgery.

Linda tried fat freezing and had to face the consequences of the process. She is now “brutally disfigured” after being diagnosed with Paradoxical Fatty Hyperplasia (PAH). The condition is very rare and less than one percent of patients who choose the procedure experience these side effects. It thickens the affected fatty tissue and eventually expands after freezing.

After the procedure, Linda noticed bulges forming under her chin, thighs and chest area. Her doctor told her that “no amount of diet or exercise would ever fix the problem.” Evangelista filed a lawsuit against Coolsculpting’s parent company, Zeltiq, suing the company for $50 million in damages. She said she was unemployed after undergoing seven sessions of the freeze procedure from August 2015 to February 2016.

Discussing her bulges, Evangelista said they are protrusions and hard. She added: “If I go unbelted in a dress I have chafing to the point of almost bleeding. Because it’s not like grating soft fat, it’s like grating hard fat.” The supermodel also pointed out how her condition affects her posture as well.

However, the supermodel is now ready to restart her career at luxury Italian fashion house Fendi. Linda will be starring in a new ad campaign for the company. On Saturday, Fendi shared the news on Twitter along with a shot of the supermodel. The tweet read: “On September 9th, 2022 #Fendi will host a special runway show in New York City to celebrate the 25th anniversary of the #FendiBaguette designed by Silvia Venturini Fendi and two years since Kim Jones founded the Maison joined as Artistic Director Couture and Womenswear.”