Lil Nas X sends pizza to ‘homophobic’ protesters ahead of his concert, fans say ‘I want free pizza too’ 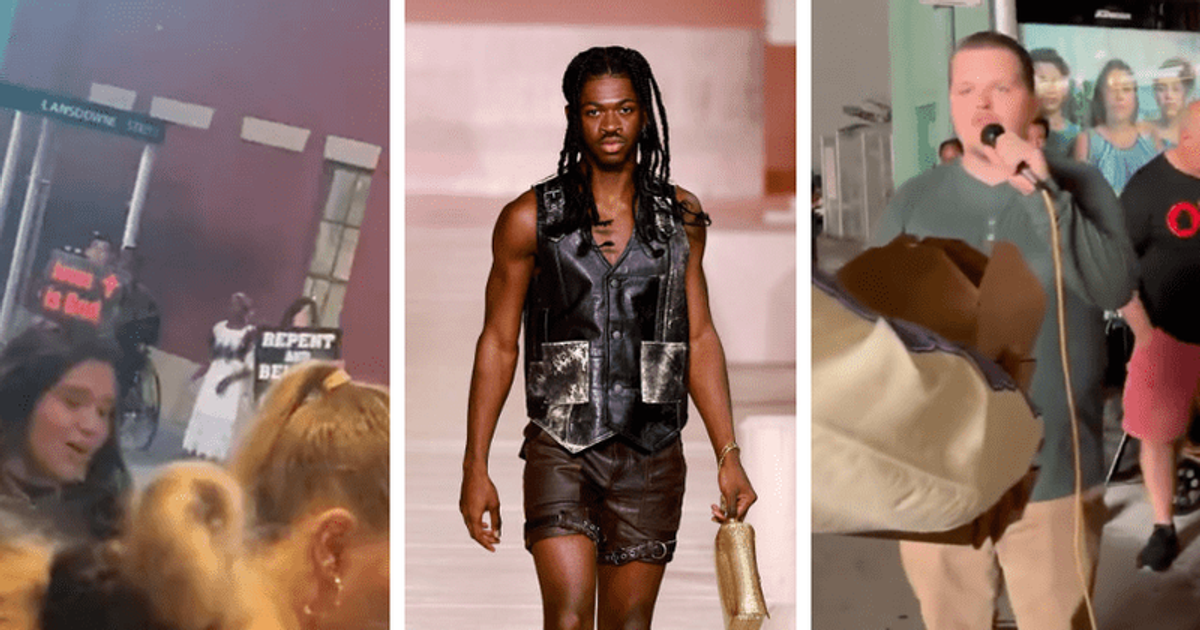 Several protesters held signs that read, “Jesus is God, even demons know” and “Repent and believe the gospel.”

BOSTON, MASSACHUSETTS: Lil Nas X is currently on his smash hit ‘Long Live Montero’ tour as he prepares to perform at New York’s Radio City Music Hall on Tuesday, September 20th. He will then hit Philadelphia, Washington DC, Atlanta, Nashville, Orlando, Miami, Los Angeles, Phoenix and San Francisco. Being on the road for an artist isn’t easy, but Nas X has proven that he’ll always keep his cool. When an angry crowd of protesters showed up outside his Boston concert, he decided to order them pizza!

The 23-year-old rapper, who has enough experience dealing with people with strong opinions, handled this seething situation with ease. On the day of his performance at MGM Music Hall in Fenway last Sunday, September 18, he was briefed on a small group of Christian protesters who were protesting outside of the revenue against the “Industry Baby” singer and his show. Several protesters held signs that read, “Jesus is God, even demons know” and “Repent and believe the gospel.” In a TikTok video that was later shared on Twitter as well, Nas X said: “Hey guys [sic] protested against my concert last night. So we brought them pizza.” He posted the video to Twitter, writing, “I just told my team to send them pizza, that’s a really good promo!”

The video surpassed 1.6 million views in just 2 hours. In another video, Nas X updated the situation and said the protesters refused the pizza and returned it. But midway through the video, the singer shifts his focus to a protester. Nas X posts another video saying, “Update: They didn’t want the pizza but I accidentally fell in love with one of the homophobic protesters.” He later made another tweet remembering the protester in whom he was said to be very much in love with, saying: “I can’t stop thinking about the cute homophobic guy who protested my concert last night. All I know is that we had a connection. I miss him so much man. I am nothing without him.”

Many people came forward to appreciate this gesture and some just had fun with it. One TikTok user commented, “You KNOW they wanted to accept that pizza too (crying emoji)‼️” Another user compared his success to Lady Gaga’s peak in 2022, saying, “It just means you made it in 2011 also with Gaga.” One user commented on Twitter, saying, “I pretend to hate Lil Nas X in order to get free pizza (and maybe tickets).” One fan wanted pizza for themselves and said, “I want too free pizza!!!!I’ll just join the protesting crowd without really protesting Another fan praised Nas X for its subtle way of handling the situation, saying: “Love that you’re doing it with this one Mind you’re showing here King Go!” Another user pointed out Nas X’s impeccable marketing skills, saying, “Honestly, with the way Nas is currently marketing, they might as well be part of it of the campaign.”