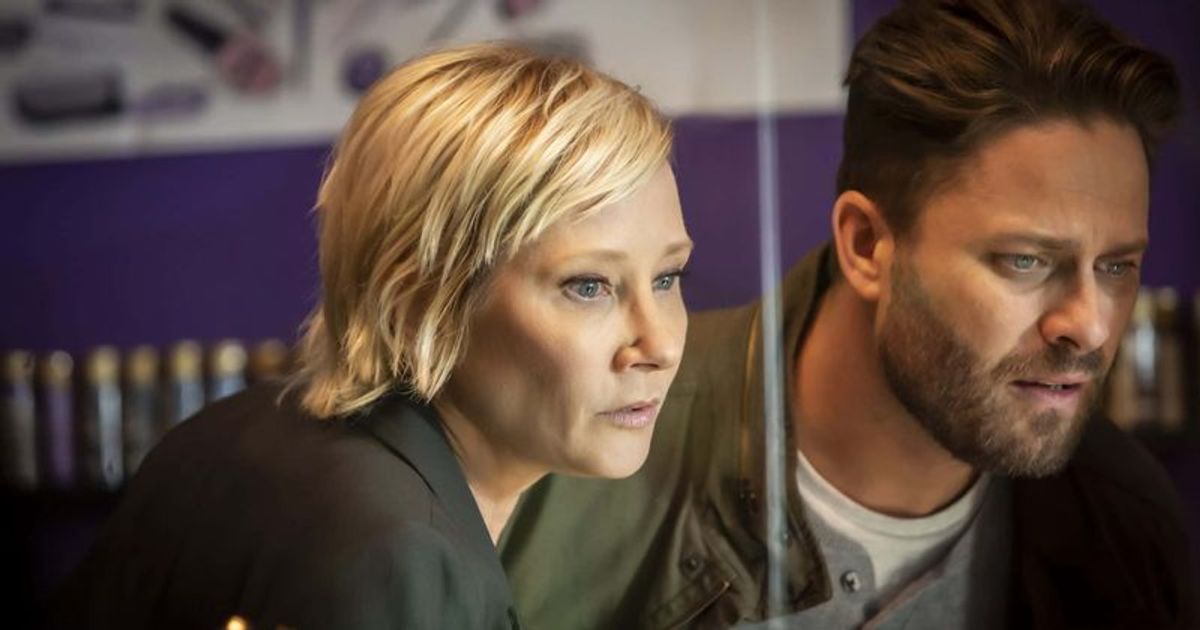 In the past few years, Lifetime has become one of the most watched networks in the US and continues to attract more and more customers due to the fascinating content they bring to viewers. Aside from fascinating stories, it also has a history of releasing projects that talk about an issue that has been plaguing society. The network’s upcoming film Girl in Room 13 is another bold addition to this list, starring the late star Anne Heche as she plays a mother trying to find her daughter who was kidnapped in broad daylight.

Based on actual events, “Girl in Room 13” begins with Grace (Larissa Diaz), a young woman who has just returned after going to rehab for addiction. She’s been clean for a month now and has started working at a restaurant. Before taking drugs, she was a great swimmer and won national championships three years in a row, but some bad life choices made her take the wrong path. One of the bad decisions of her life was Richie, her ex-boyfriend who introduced her to drugs. Now that she’s out and living a great life, her mother Janie (Heche), new father Burt (Matt Hamilton) and stepsister Toni (Erika Bruci) try to protect her from the bad influence.

However, things go downhill again when a girl who works at the restaurant tries to tell her to meet Richie because he really misses her. Grace knows that’s a bad idea and can’t do it. Thinking that Richie has changed, she finally agrees to a meeting and this meeting turns out to be a nightmare for her.

The film is mainly based on the subject of human trafficking and how the state helps the perpetrators in this heinous crime as well. In one of the scenes where Grace is finally able to escape from Richie’s captivity and tells a woman to call her mother so she can go home. But a few moments later, Richie arrives and we learn that the woman was part of this syndicate. This is a reality because human trafficking is a $150 billion industry and there are many people involved who make money from such a heinous crime.

As for the film, a gripping story and sharp direction are two of this crime thriller’s strengths. Maria Nation, who wrote the story, managed to show the brutality of the crime through her screenplay, while Elisabeth Rohm hasn’t shied away from showing those brutal moments on screen so viewers can feel the magnitude of the crime. When it comes to acting Anne Heche gave one of her best performances in film and it is so unfortunate that a tragic accident took her life. But her performance is truly moving and takes you through the misery of a parent not knowing where his/her child is.

Larissa Dias, on the other hand, is a revelation here. Her performance takes the movie to a whole new level. The way she shows her flaws is truly amazing and throughout the film we get to see different levels of her acting skills. Truly a phenomenal work by Dias.

Max Montesi as Richie is also great and viewers will really hate his character for doing such atrocities to Grace. Meanwhile, Matt Hamilton and Erica Bruci are great in supporting roles.

All in all, Girl in Room 13 is one of Lifetime’s strongest movies of the last 10 years, all because of the great script, good direction, and outstanding performances by Heche and Dias. It’s brutal, but it also makes everyone understand how young girls are lured here and sent into the world of the unknown for committing illegal acts. The most common type of human trafficking is sex trafficking, in which girls and women are sold to humans for the purpose of sexual exploitation.

Heche would have been so proud to see the final cut and the impact it will have on viewers’ minds.

Girl in Room 13 will be released on Lifetime on Saturday, September 17 at 8 p.m. EST.

SEE IT: Fans think Sonja Morgan is ‘twinning’ with her daughter

SEE IT: Fans think Sonja Morgan is ‘twinning’ with her daughter