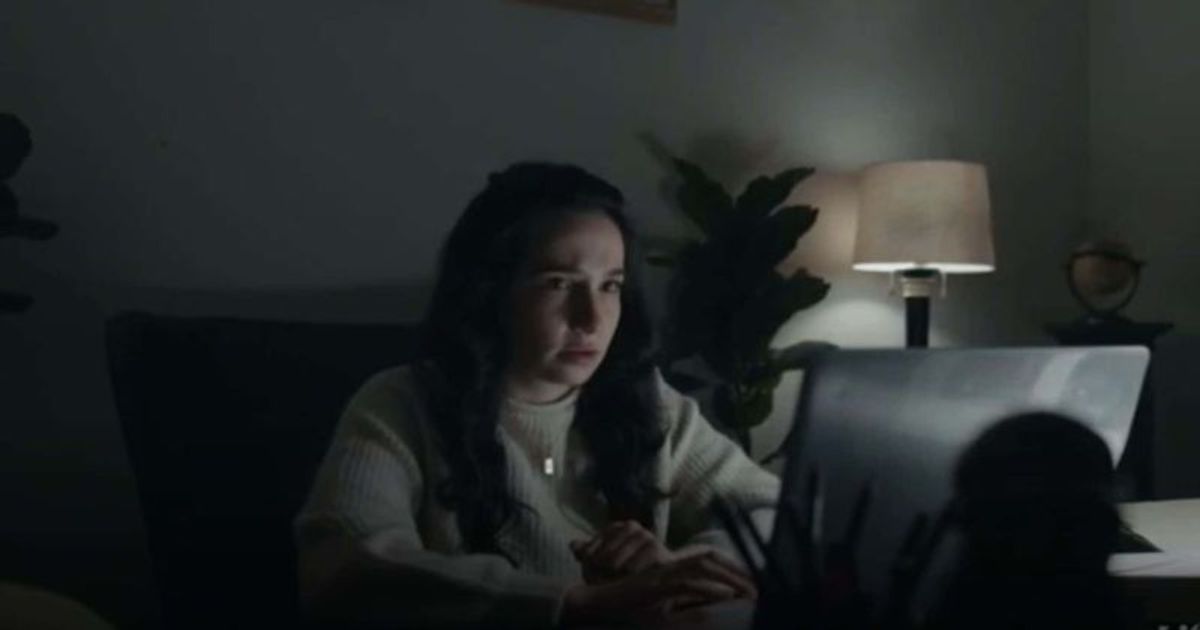 Lifetime is always loved by viewers for its diverse array of compelling stories. The highly anticipated drama thriller Lies Between Friends has finally been released. If fans love to watch a well-made and brilliantly conceived film that presents a brilliant fusion of drama, intriguing past, love story, secrets, betrayals and misunderstandings, topped by a psychotic girl trying to turn the life of a couple in love completely up upside down for their own twisted vendetta, then this one is inevitable. Lies Between Friends wastes no time in keeping our attention and eyes glued to the screens from the very first scene.

Directed by Ann Forr, the film begins with an interesting backstory where Ollie (Peter Benson) and Steve were best friends in college. An incident happens that changes the lives of the baddest buddies forever. Those days, Ollie and Steve were at a party with another girl named Anna. Ollie gives his then-deceased friend Anna medicine to loosen her up, but unfortunately it didn’t work well for her and she dies. Then Steve takes the blame to protect and defend him and ends up in prison for a crime he didn’t commit in the first place. Many years later, Ollie is a renowned businessman who owns a multi-million dollar software company.

She Went Missing: 5 things you need to know about the Lifetime crime thriller

Steve meets Ollie (Peter Benson) and tells him that his daughter Emily (Matreya Scarrwener) got a scholarship to study computer science at Seattle Tech but doesn’t know anyone there. He explains how she tried searching online but couldn’t find any affordable housing options in Seattle. He asks Ollie if he and his wife Claire (Zibby Loo) can let his daughter stay in one of their guest rooms or guest house, to which Ollie agrees. Ollie and Claire meet up with Emily the next day and decide to leave her at the guest house. At first, both are happy to let her stay there.

Emily looks at her house and is jealous of her. She then decides to make this couple’s life hell. Then she drops her innocent girly demeanor and starts causing little misunderstandings in her life. She first decides to babysit her children and gain their trust before embarking on her plan to get justice for her father Steve, who she believes should have co-founded Flair Technologies, which Ollie sold for more than $200 million are to be compensated. Claire is impressed with her and then casually mentions her father’s drinking problem and her old college incident where both Steve and Ollie used drugs and a girl died from it as well. This worries Claire as she feels that Ollie hid this fact from her.

The mystery surrounding Emily (Matreya Scarrwener) only deepens when Claire catches Emily in her room looking at her jewelry, and Emily says she was looking for costume jewelry. Claire tells Ollie that this incident shook her feathers badly and he replies that it could be an unintentional mistake and tells her not to doubt her. Many more disturbing incidents then happen, including Emily giving Ollie poisoned champagne to make him sick so she can go to the couple’s children’s play and competition. This even makes Ollie doubt Emily. But this time, Claire tells him he’s imagining things.

Ollie confesses to Claire the doomed night at the college party years ago that changed her life forever. He reveals that it was he who gave Anna drugs that night and not his best friend Steve. Steve just took the blame to save him and went to jail for a crime he never committed. This shocks Claire and she urges him to make things right with Steve, which would start with him approving his pitch idea for this app. Ollie and Claire also chat about Emily’s suspicious behavior and the things she has done. They decide to tell her to leave her guest house and give her a few weeks to look for other accommodation.

However, Emily murders her father Steve during a heated argument with him. She returns to the couple and invents a sad story about her father’s death. Feeling painful, they pick it up again, but Emily continues with her wrong habits.

Later, Claire realizes something is wrong and things are going awry when she somehow learns the truth behind Steve’s murder. She tries to tell Ollie but couldn’t because Emily wants to kill her. Somehow, Ollie arrives just in time and saves Claire from Emily.

Matreya Scarrwener as Emily, Peter Benson as Ollie and Zibby Loo as Claire all gave exemplary performances in the film. Of particular note is the fact that Matreya Scarrwener showcased her acting skills with her nuanced and layered portrayal of Emily in this film. She effortlessly alternated between pretending to be innocent and the sly and sinister Emily, who wants to fulfill her sick revenge on this couple for doing justice to her father. She performed well as a young girl who in reality is shaded of gray but can also feign innocence if she chooses. This film is definitely not for the faint of heart. It’s a well-crafted film, full of mystery and suspense, that has kept viewers in suspense. Meanwhile, Peter Benson and Zibby Loo also gave excellent performances in the film as Ollie and Claire, who are an elite couple living in Seattle, and suddenly their life becomes a living nightmare because of Emily’s entry into their lives. Kudos to Laura Balson Carter for an exciting and fascinating storyline for this film that definitely captivated viewers worldwide.

All in all, Lies Between Friends is a gripping film that has the right mix of drama, thriller, emotional background to the characters alongside the chilling element of mystery of murder, lies, theft, truth and misunderstanding.