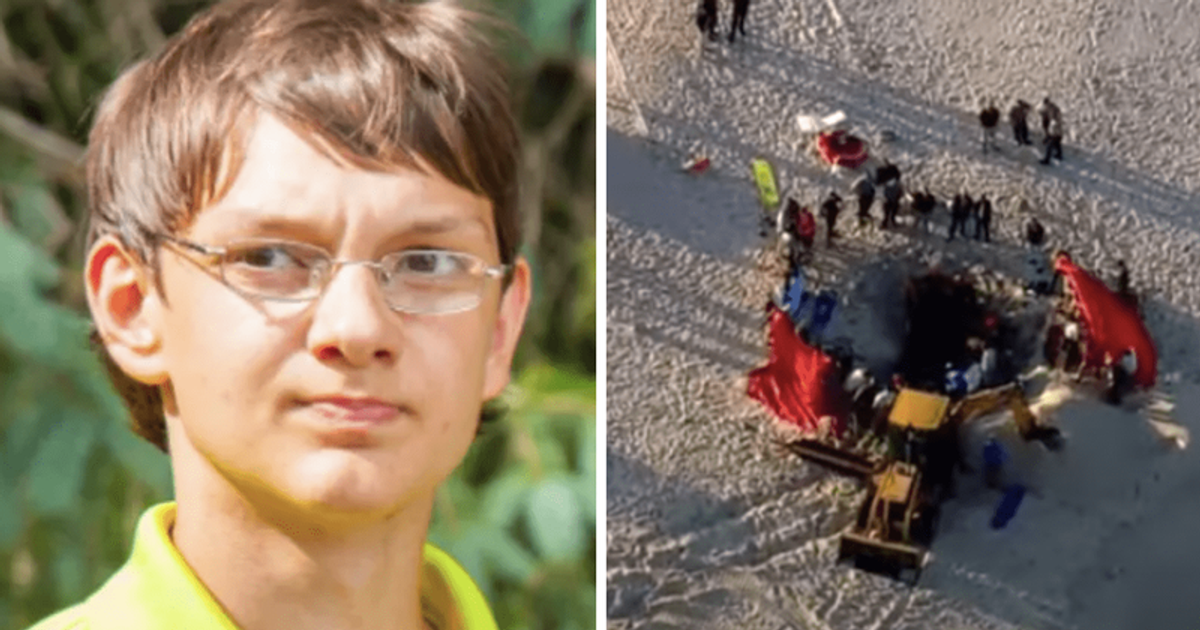 “The teenagers were reportedly digging a large hole when it collapsed, trapping them both,” police said

TOMS RIVER, NEW JERSEY: An 18-year-old from Maine died while vacationing with his family in New Jersey. His 17-year-old sister miraculously survived after a 10-foot hole they dug on an Ocean County beach Tuesday, May 17, collapsed. It was reported that 18-year-old Levy Caverley and his sister were killed around 4pm in the sand collapse near Seaview Road and Chadwick Beach on the offshore island of Toms River.

The couple had been enjoying themselves since the afternoon with their family, who had traveled from Maine for a vacation. They had reportedly used frisbees to dig the hole before tragedy struck. In a statement shared on their Facebook page, the Toms River Police Department said: “At approximately 4:09 p.m. Tuesday, May 17, 2022, multiple police and rescue teams were dispatched to the beach entrance near Seaview Road on the barrier island Accounts of two teenagers trapped in the sand. The family was visiting from out of town and spent the afternoon at the beach.”

A woman buries her child’s dirty diaper in the sand, forcing officials to close Boracay’s beach for three days

The post added: “The teenagers were reportedly digging a large hole when it collapsed, trapping them both. Rescuers from neighboring towns were also on the scene to help with the rescue effort. The 17-year-old female victim was rescued and treated at the scene, but her brother Levy Caverley, 18, from Maine, tragically died in the collapse.”