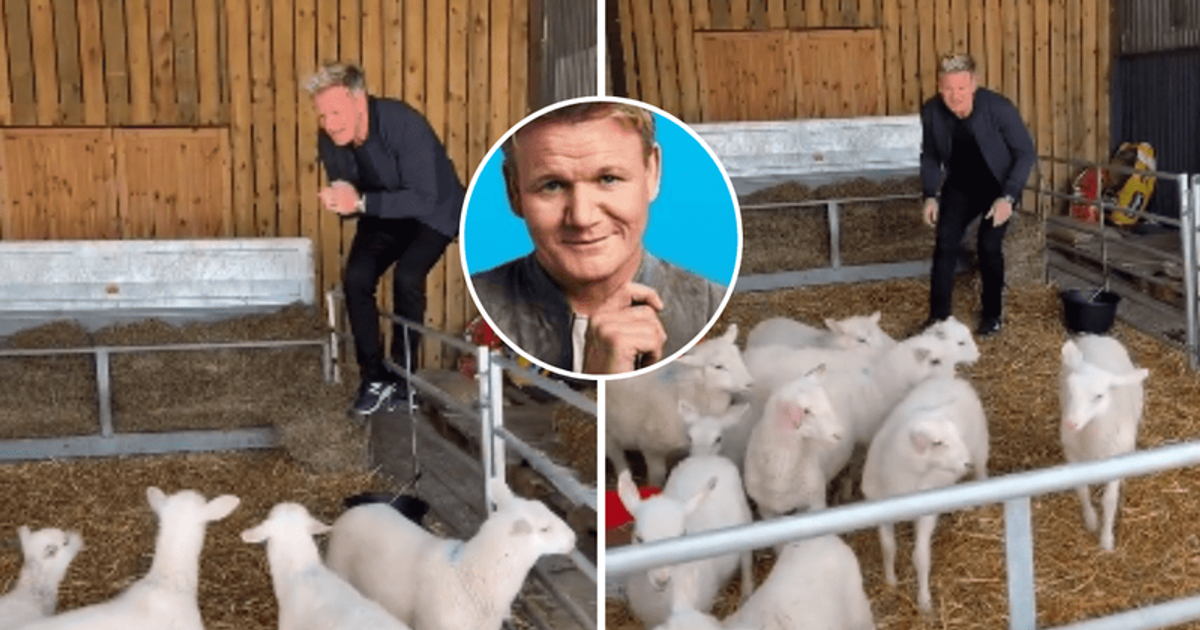 Gordon Ramsay has found himself embroiled in further controversy after he posted a TikTok video on Thursday July 28 of him climbing into a lamb coop as the group of animals move away. The British chef and restaurateur captioned the video, “The lamb sauce still hasn’t been found in the making of this video.” It was referring to a viral scene from a 2006 episode of “Hell’s Kitchen,” in which Ramsay yells “Where’s the lamb sauce” at his contestants.

The 28-second video has gone viral with more than 9.3 million views at the time of writing and over 947,000 likes. In the video, while climbing onto the pen, he says, “Yummy, yummy, yummy, yummy. Which one goes in the oven first?”. The chef then points to one of the animals and claims, “You.” As the lambs scurry away, terrified, he closes the video with the words “Oven time.”

Over the past few months, Ramsay has handled a lot of controversy on TikTok, particularly by responding to other people’s cooking videos. Elisa Allen, vice president for programs at PETA UK, told LADbible: “Gordon Ramsay is a callous man who makes fools of himself: bullying gentle lambs is rowdy, not amusing, which would be funny if his kids went vegan and denied him – much like Elon Musk’s daughter disowned her father. These lambs are just babies who want little from life other than a chance to live it and not end up in that idiot’s – or anyone else’s – mouth.”

There was also criticism and backlash on social media for his action. Shalin Gala, Vice President of People for Ethical Treatment of Animals (PETA) tweeted: “Hey @GordonRamsay it’s a shame mocking baby lambs to find out who your next knife victim will be. Just stop. And as a reminder, #SilenceOfTheLambs was just a movie, not for real life.” One of the users said, “#gordonramsey #Lambtotheslaughter #chef ENOUGH TO MAKE HER A VEGETARIAN @GordonRamsay picking the next lamb to slaughter.”

However, some users support the cook. A user on Twitter tweeted: “Are you supposed to pretend lamb isn’t tasty because they’re like… within earshot? He needs to face a backlash for being insensitive to his food? Should he be sad and humble himself because the lamb is his food? Then much sadness. Let’s be honest; I see a goat, I see its food…”.

Another user supported this tweet, saying, “It’s just the REEEEEEEE! generation doing what they do best, going crazy when someone does something they don’t like… We just gotta ignore them, just like.” a toddler in his ‘NO’. Phase…” Another user also tweeted, “Americans are way too far from their food. If you’re offended by Gordon Ramsay choosing a lamb for dinner, you’re a spoiled child. Go outside and grab some weed, too.”