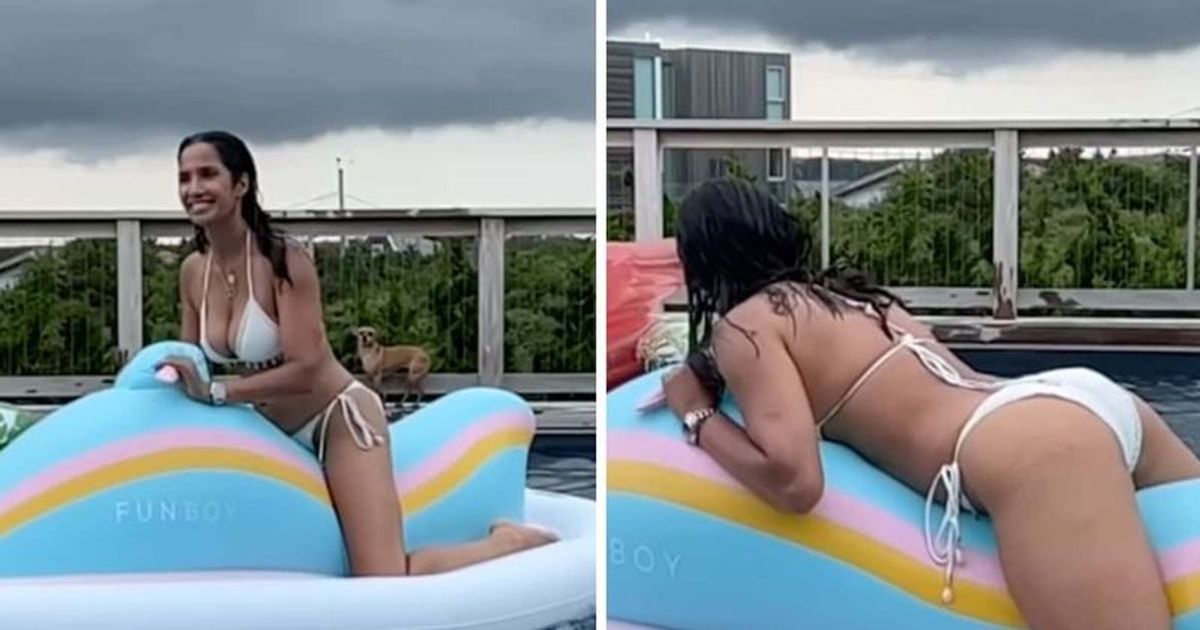 On Wednesday, July 20, Top Chef host Padma Lakshmi shared a video of herself on Instagram. The clip showed the cookbook author in a skimpy unfiltered white bikini by the pool. The video was posted to promote body positivity, according to the author’s hashtags.

The 51-year-old grinned broadly as she jumped into a Funboy inflatable jet ski before throwing herself into the sea in front of her 12-year-old daughter Krishna.

One person even stated that they believe years of stretch mark shame are permanently dissipating. “I can feel the decades of shame of stretch marks melting away forever!” “We all have them!” A fourth commented, “Let them show!”

Before filming the popular Bravo TV series Top Chef in 2019, the writer told Us Weekly that she doesn’t diet and doesn’t care if she gains weight. At the 71st Primetime Emmy Awards, Padma said, “I’m lucky because I’ve gained exponential weight everywhere. I do not care. I was just glad there was such a pretty dress.”

“And at the end of the day, it’s all about being comfortable. I’m sick of squeezing my butt into something that’s too small. I do not care. You know, it shouldn’t be about how I look at this point in my career,” she added.

Lakshmi also mentioned that she no longer wore shapewear like Spanx. She explained that the last time she wore one was after she became pregnant.

Padma has a daughter with her former boyfriend Adam Dell.